It was on 1 October in 1969 that the famed train made its maiden journey from Madurai to Chennai Egmore, then there was no looking back for it. Muthukrishnan, a techie based in Chennai recollects his journey with his friend on this famed train.

Pandian Express became an only option for this IT employee and his friends when they planned their weekend leisure tour about two years ago. For, the journey in the train is going to be comfortable.

We boarded Pandian Express from Chennai Egmore, got down at Kodai Road the next day. Our car was ready to take us to Kodaikanal, our comfortable train journey kept us in good spirits, so we enjoyed every minute of the travel from to Kodaikanal in the car, he recollects. 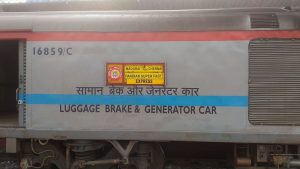 There were many like him who have sweet memories to share about the train. Just married couples are also among them. It is well-known among them as a train to reach Kodaikanal, the favourite spot for just married to have nice time together. It is owing to this reason that Pandian Express is also known as ‘honeymoon express.’

The name of this train brings into memory the glorious history of Tamilnadu. It commemorates the Pandian kingdom said to have ruled Tamilnadu from sixth century BC to 17th Century. This is said to be the first train in Indian Railways to be named after a kingdom.

This train has catered to the need of fast connectivity overnight between Madurai and Chennai Egmore. Amidst much fanfare the train left Madurai junction on 1 October 1969 and reached Chennai in 11 hours covering a distance of 497 kms. As the time moved ahead the speed limit for the popular train increased, currently it covers the distance between the two known locations in seven to eight hours.

The memorable time for this train was 15 August 2016, that was the day when the train got LHB (Linke Hoffman Busch) coaches which are known to have more passenger carrying capacity and better safety levels.

The train began its momentous journey with 18 coaches and was pulled by two steam engines, currently it has 23 coaches which are pulled by WAP 1, WAP 4, loco from Arakkonam and WAP 7 loco from Royapuram Loco Shed.

There is another good point about this train and that is its timely reaching. The train is said to be rarely late, and it was said that at one point of time, time in the watches used to be set based on when the famed train used to enter Madurai. Train with such an admiration must sustain its popularity in the years to come.