S Rly does its bid to quench Chennai thirst

These are the days of water shortage in Chennai, the value of the essential commodity is being increasingly felt and amidst this situation Southern Railway has done its bid to get water to this big city.

Goods train carrying 2.5 million litres of water has arrived Chennai on 12 July. The water was fetched from Jolarpettai station, train comprised 50 tank wagons (BTPN) that carried 50,000 litres of water in each of them.

The train came to a halt at the filling station at Integral Coach Factory (ICF), about 100 inlet pipes installed near the railway tracks were put to use to send the water to treatment plants.

Post treatment the water is to be distributed. This arrangement is said to go on a period of six months, till the north-east monsoon, say sources. 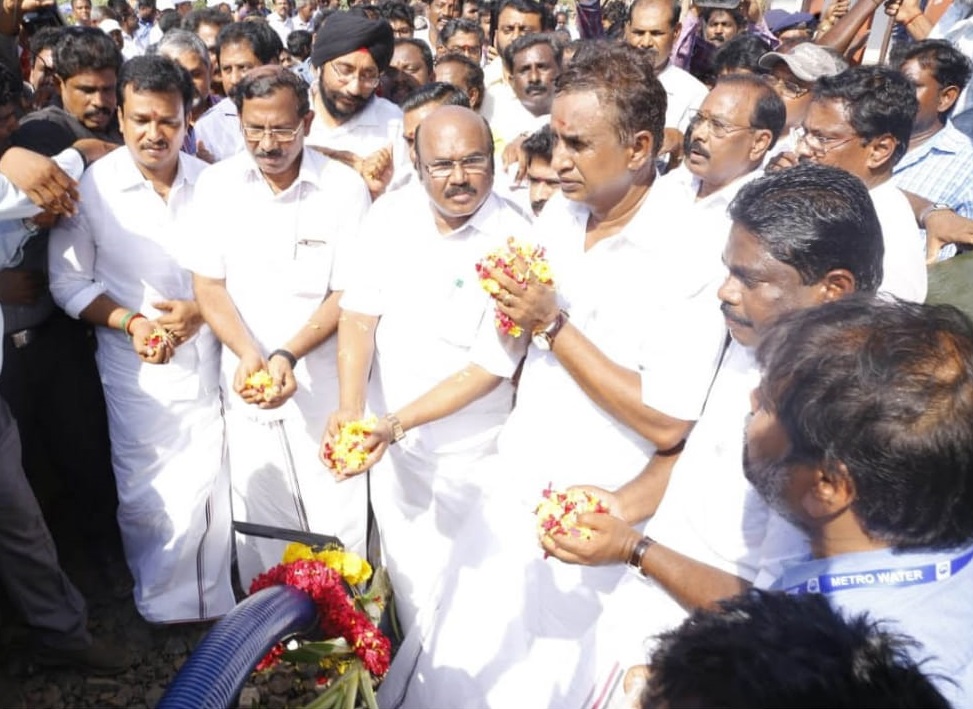 The train carrying water is said to have begun its journey towards Chennai after being flagged off by Tamil Nadu Water Supply and Drainage Board (TWAD) Managing Director C.N. Maheshwaran.

Sources further say, about 10 million litres of water will be brought to Chennai through two trains with 50 wagons which will have a carrying capacity of 2.5 million litres.

The trains will be moved up and down to make four trips in a day, in order to complete the ferrying of 10 million litres of water, say sources.