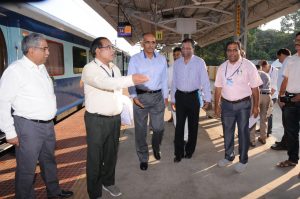 A heritage crane was unveiled at Pollachi station.  General Manager also dedicated the water supply from the newly renovated Chathurakulam pond at Palakkad. 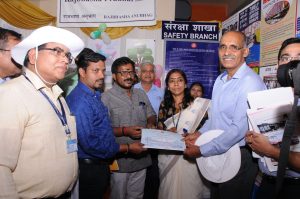 During the course of inspection, General Manager interacted with passenger associations, media and commuters at various railway stations.

He interacted with Gang staff, gate keepers and other frontline staff and appreciated the efforts of employees for their dedication in ensuring safe train operations and upkeep of railway stations.