Saying no to privitisation of Railways 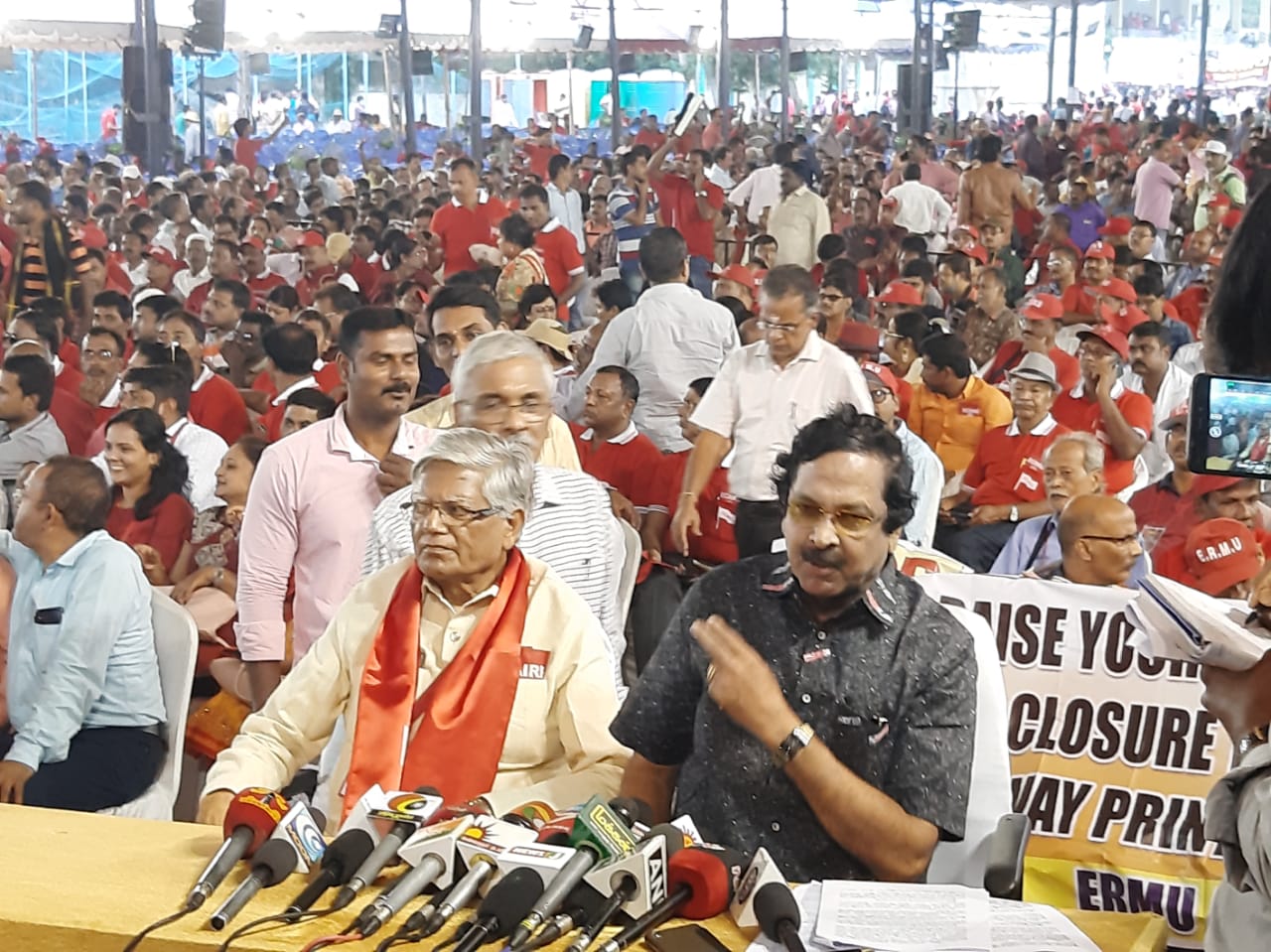 Point of concern at the present moment is privitisation of Indian Railways. Speaking about this at a press meet held in Chennai recently, N Kanniah, working president, AIRF and General Secretary of SRMU said central government seems to be opting the path of corporatising Indian Railways which will eventually lead to privatization.

‘Even in the Parliament the Railway Minister announced that the Central Government does not have plans to privatize Indian Railways whereas their actions are totally against their claims.’

Two trains were handed over to IRCTC and IRCTC will run them and collect revenue from passengers, it is heard that about 100 trains and 50 railway stations will be given to private parties, said Kanniah.

Further, Chennai-Madurai Tejas Express and Chennai-Kovai Cheran Express which have high patronage in Southern Railway are likely to be handed over to private organisations, he said.

If private company starts operating the trains not only  subsidy of 53% will be stopped  but also the 30 percent and  33 percent concessions given to senior citizen men and women passengers will also be stopped.

Also passengers will be forced to pay two times, that is around Rs.2000 or more like in private airlines, which charges on dynamic fare basis, which offers lowest rate for a booking in three months advance and gradually increase the fare on every other day and ultimately, on the day of travel, the fare goes up to Rs.20,000 from the starting fare of Rs.1500 for a journey from Madurai to Chennai by air. Privatisation is not limited to operating trains alone. Train coach and locomotive manufacturing companies also are said to be on the path of privatisation.

Today, at MCF (Modern Coach Factory, Raebareli) a coach is manufactured at a cost of Rs.2.5 Crores if the MCF is made as a corporation or as a private company, the cost of the coach on account of GST, IT and other taxes will increase to Rs.3.65 Crores and if the same is imported it will cost Rs.5.25 Crores.

‘Make in India’ is being given a big impetus, coaches and engines which are made in India at least cost is being ignored by central government and focus seems to be on importing coaches and engines from foreign countries at cost that is three to four times higher the cost of indigenous make.

Railway men from all corners of the Country have assembled in Chennai, with a motive ‘Save Railways, Save Nation’.

Today, Indian Railways is facing not so good time. Due to sustained and relentless privatization policy of Central Government, which is not only against Railway men, but will also result in emptying the pockets of public. Privatizing Indian Railways will result in denial of affordable transport to general public, he said.