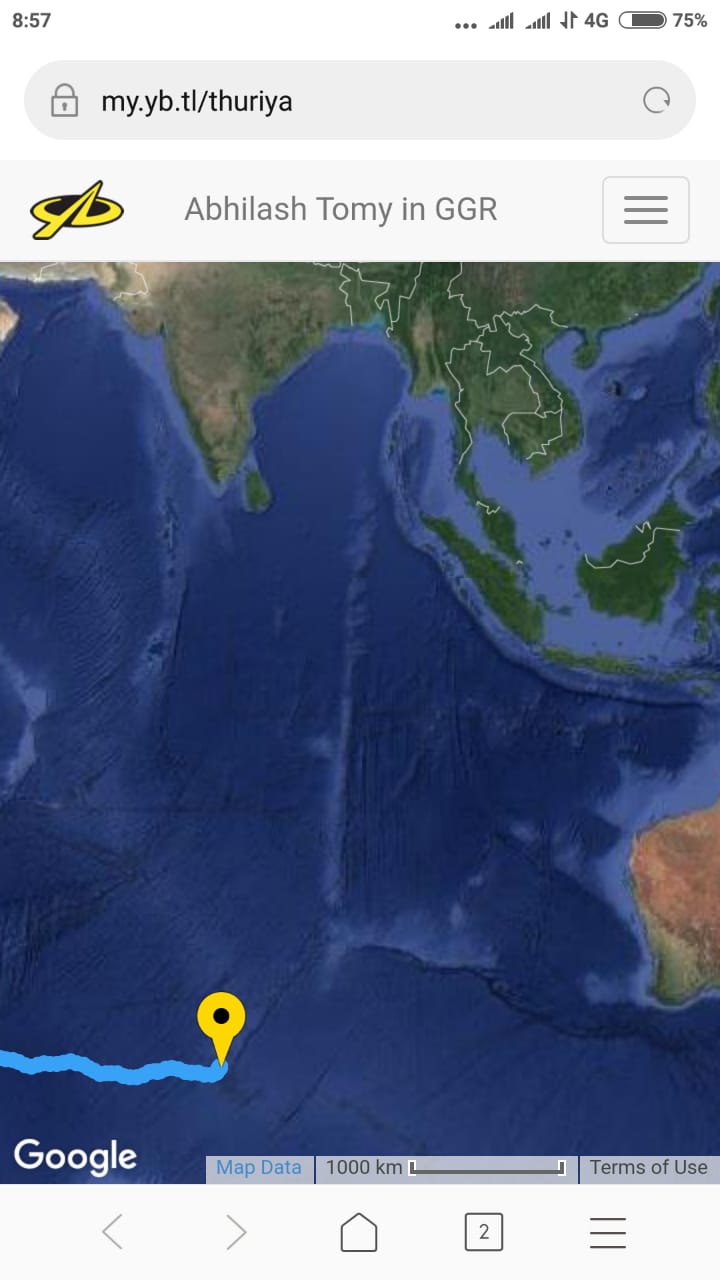 Official was taking part in a race representing India

Indian Navy personnel Abhilash Tomy KC who is reportedly stranded on the mid sea will be picked up in next 16 hours from now. According to sources, the location of the naval officer has been detected and he is likely to be picked up by 10 am of Monday (24 September). 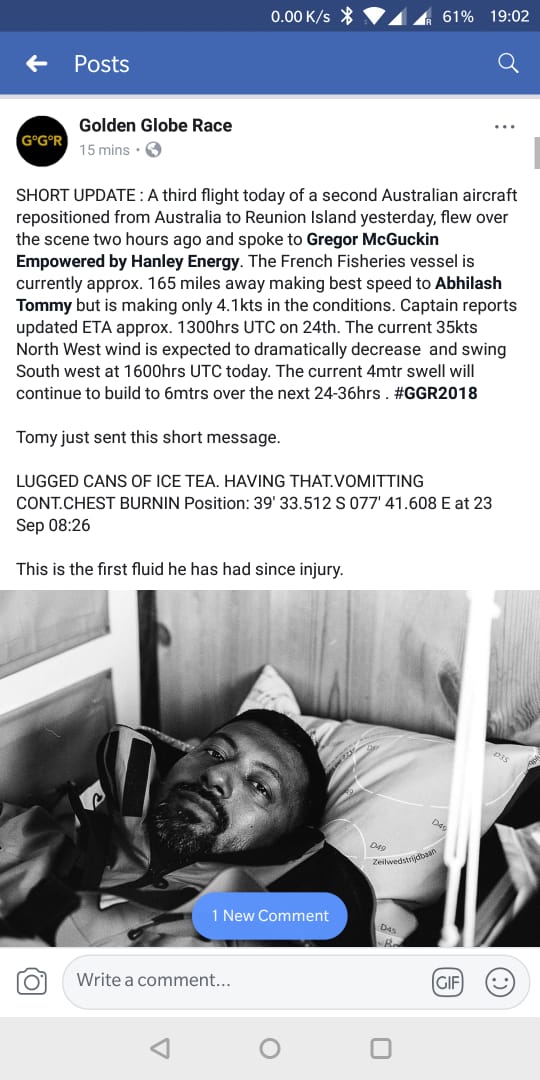 As per the latest update, a third flight today of a second Australian aircraft repositioned from Australia to Reunion Island yesterday, it flew over the scene two hours ago and spoke to Gregor McGuckin empowered by Hanley Energy. French Fisheries vessel is currently approximately 165 miles away making best speed to Abhilash Tomy, but is only making only 4.1 kts in the conditions. 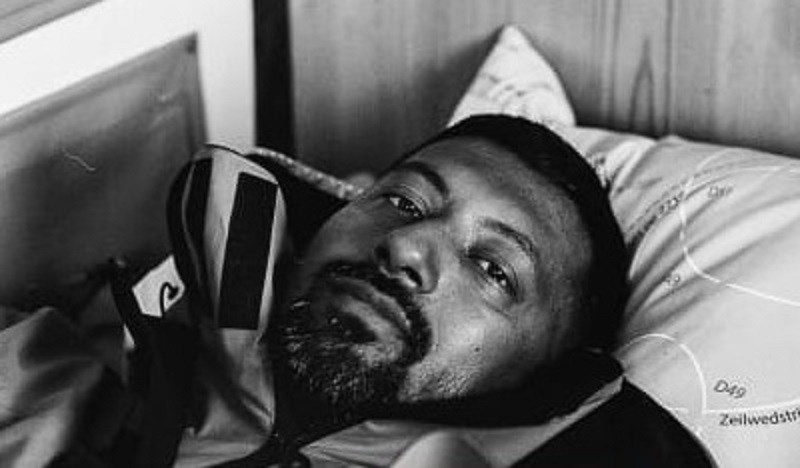 Tomy shall be picked up in next 16 hours by French Vessel Osiris. Thereafter likely to R/V Australian Naval ship HMAS Ballarat, which has left Perth to bring him. Earliest arrival of our ship INS Satpura in current location is only by Friday.
Capability of our P8i has been a humongous force multiplier who has given us and the Australian MRCC a huge input into the state of Thuriya for planning purposes. Indian Naval Defence Attache’ in Australia camping in regional Maritime Rescue Coordination Centre (MRCC).
Abhilash Tomy was taking part in Golden Globe Race 2018 and was sailing on the sea on an indegenously built vessel Thuriya when he had to encounter a rough weather. Sources further pointed that he had to face a wind speed of 130 kilometres and 10 metre high waves, this had led to demasting of his boat and resulted in a back injury of the official.
Commander Abhilash was in the third position in the race out of 11 international participants. He had sailed over 10,500 nautical miles in the last 84 days since commencement of the race on 1 July this year.
Authorities concerned have said that efforts were on to rescue Abhilash. The Australian Rescue Coordination Centre at Canberra is coordinating the rescue mission in conjunction with many agencies including the Australian Defence Department and the Indian Navy.