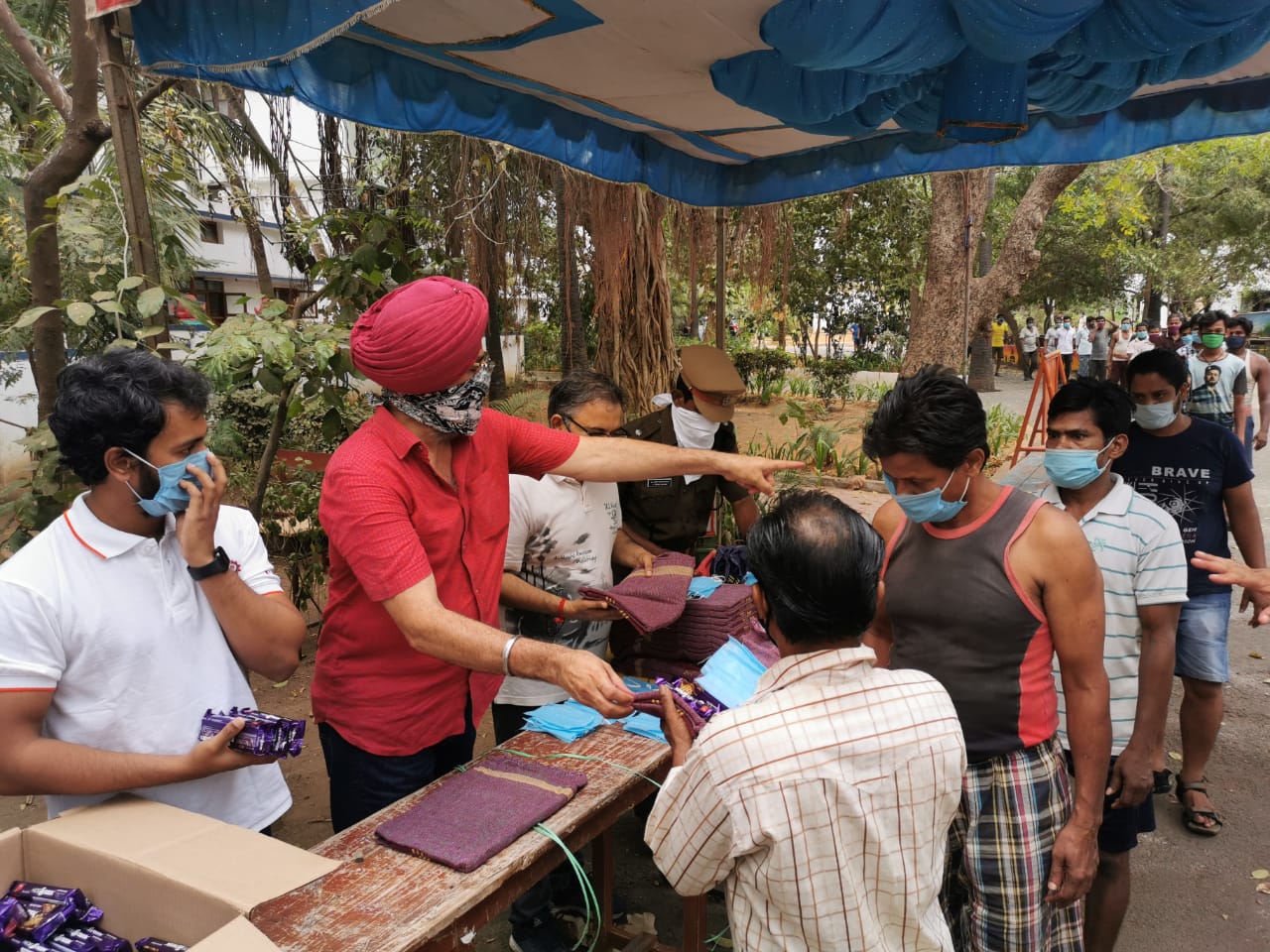 When the lockdown was announced across the country, it had been a matter of distress to the migrant laborers in various states who have come from different states, to make a living.

There were many of such laborers who ran a chance to return to their hometown before the lockdown, but unfortunately started their journey but could not reach their destinations and got stuck in the middle of nowhere.

All the Governments of the State made every possible arrangement on their behalf so that these laborers could make themselves a living. Similar arrangements were made in Tamil Nadu also for migrant laborers stuck here.

But the biggest fortunate here is that, many Voluntary Organizations, NGO’s and Individuals have come forward to this situation of Crisis and have been helping people in distress since the lockdown was implemented.

The special feature of Guru Nanak College is that it took the first step to help the people in collaboration with the State Government in every disaster.

Manjit Singh Nair, Assistant Commandant General of Chennai City Homeguard and Correspondent of Guru Nanak College, says that even during the 2015 Floods that Chennai faced, the college teamed up with college employees and volunteer organizations in its campus and distributed food among the affected people. The day after the complete lockdown was announced, Manjit Singh Nair, the Correspondent of Guru Nanak College, met with The Chief Secretary of the State, DGP and Commissioner of Police.

With the help of Home Guard, they set up a camp at the college in which 385 migrant laborers from Odisha are given a shelter home. Manjit Singh also says that before bringing these laborers here, they were tested for Covid-19 and were given shelter. The laborers are being provided all kinds of facilities and also provided with food and essential medication.

Home Guard Area Commander of Chennai North Sanjay Bhansali says that in addition to the laborers of Odisha, there are migrant laborers from Bihar, Jharkhand and who are stuck in construction sites and places in the surrounding areas where there are more than 100+ laborers are also provided with Food and medicines.

In view of the growing discontent among migrant laborers in other states of the country, the Tamil Nadu government is making a great effort and following their guidelines, Television Facilites, Yoga and Meditation Classes and much more have been arranged for the entertainment of these guests, so that these people do not cause mental dissatisfaction and these people should be mentally strong.

Arose, Among the Chaos