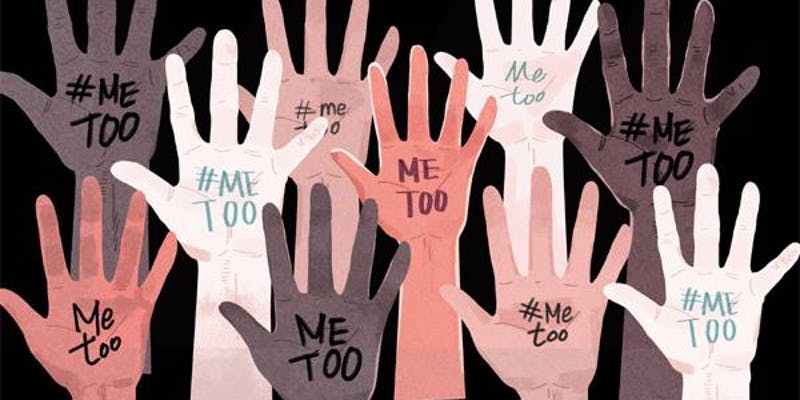 The MeToo movement has sparked up controversies with women bringing up their stories and harrowing experiences before the world. So a year on from the start of the #MeToo outbreak, how can we take stock of everything that has risen since the Harvey Weinstein outrage?

Nadia Murad, a victim of sex trafficking and Dennis Mukwege, a surgeon and gynecologist actively involved in the treatment of victims of sex violence were awarded the Nobel Prize for Peace bringing to the forefront the rape culture that is prevalent today. The focus is on the use of rape as a war weapon and how it has affected lives in indefinable ways.

The MeToo movement has sparked up controversies with women bringing up their stories and harrowing experiences before the world. So a year on from the start of the #MeToo outbreak, how can we take stock of everything that has risen since the Harvey Weinstein outrage?

Assault and sexual ambush influence numerous lives in serene, affluent social orders, and these private injuries and traumas are insidious, where women have no outlet because of the fear of societal response. The response to such an incident is the portrayal as a story of crime and punishment where criminal justice is argued and debated as the question evolves: Is he a perpetuator or an alleged victim?

This still continues to be an obsession as can be seen in the Brett Kavanaugh hearings, as the idea of turning up after a long period of more than 30 years seems to be an allegation, as Kavanaugh has been nominated for the US Supreme Court raising the sincerity of Ford’s statement. Also Trumps statement “It is a very scary time for young men in America, where you can be guilty of something you may not be guilty of,” shows that the idea of the movement is perceived as a threat to the male gender.

The basic idea portrayed here is that the men accused are the heroes, and those who denounce and detest them, are the villains. This revanchist isn’t a sign of #MeToo’s overcorrection, or indeed of its success—it is just a proof of its existence. Critics have claimed that the movement has led to an epidemic of false allegations against men leading to the hashtag #HimToo.

Men aren’t just the subject of misconduct allegations, they also experience sexual assault and harassment at significant rates. Our cultural expectations around sex and masculinity, however, lead to a lack of awareness about sexual violence against men. But the hashtag is a misconception of the #MeToo movement and is a part of the backlash propagating the idea that false allegations are just as serious problem as sexual misconduct.

With the wake and development of the #MeToo movement which has completed almost a year, it is essential to note that it is not solely about criminal justice or rape as a war weapon and that holding the perpetuator accountable is only one side of the equation.

The #MeToo development wouldn’t exist were it not for the endeavours of so numerous survivors doing the unpaid work of advocating and speaking out. If there’s one thing #MeToo can finish, other than raising awareness around the broad effect of sexual violence whether in war-torn or serene social orders, it is to relieve the victims and to address the seriousness and reality of these crimes.