Protection is what they do 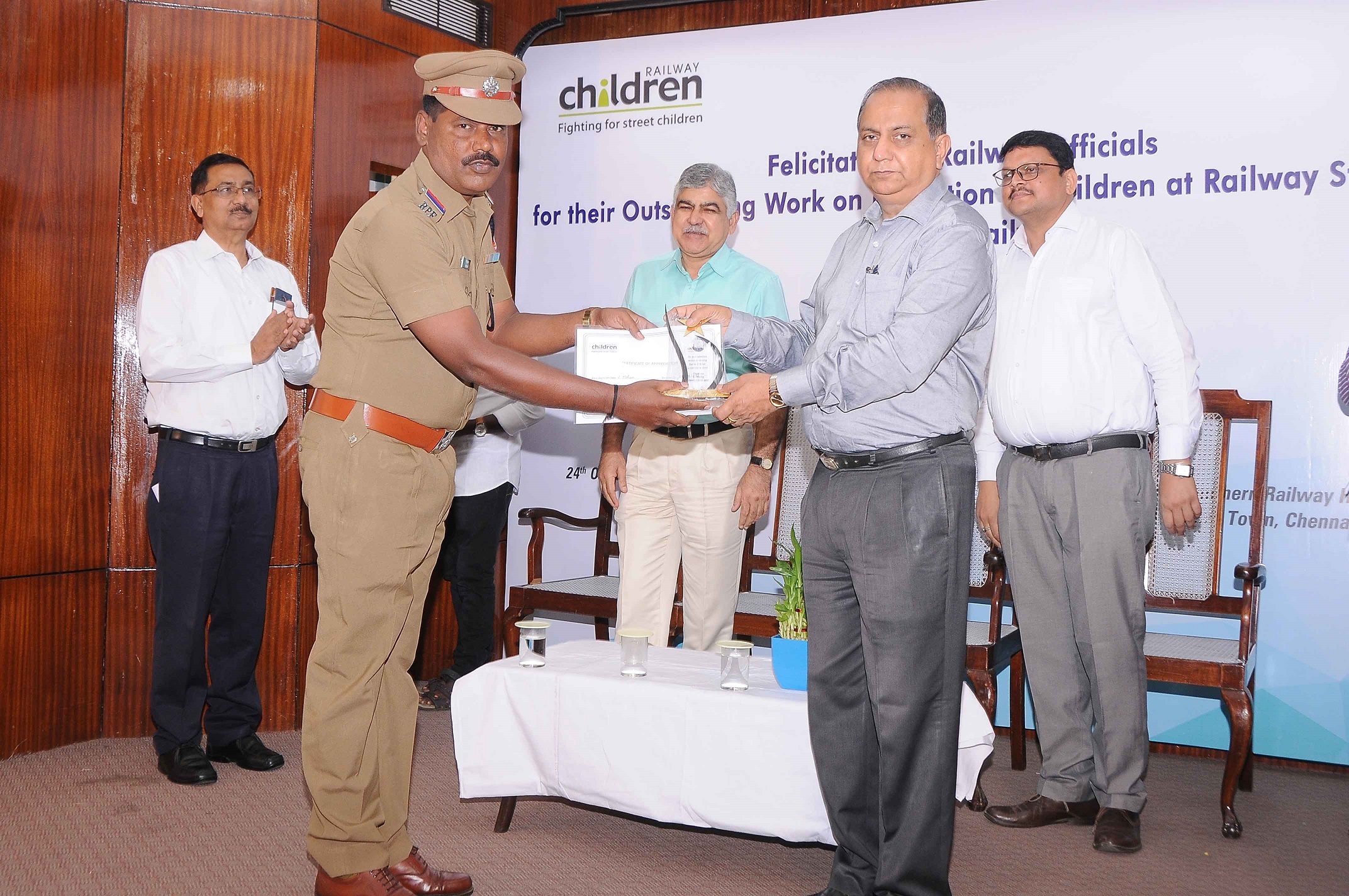 Children or railways RPF is always there for them

It has been a moment of pride for Railway Protection Force (RPF) when 15 of its personnel received felicitations along with 22 railway commercial staff personnel.
General Manager of Southern Railway R K Kulshrestha felicitated them for their work regarding saving children in need on railway premises. Medals and certificates were presented to them for taking initiatives towards saving children at a programme jointly organised by Railway Children India (RCI) and RPF.
Saving children is a thing RPF has been doing for a very long time. While its conventional responsibility is protecting railway property, it stands second to none when it comes to saving children in need on the railway premises.
This is proved beyond doubt. Number of children reaching safe hands on railway premises is significant, thanks to ever alert RPF. 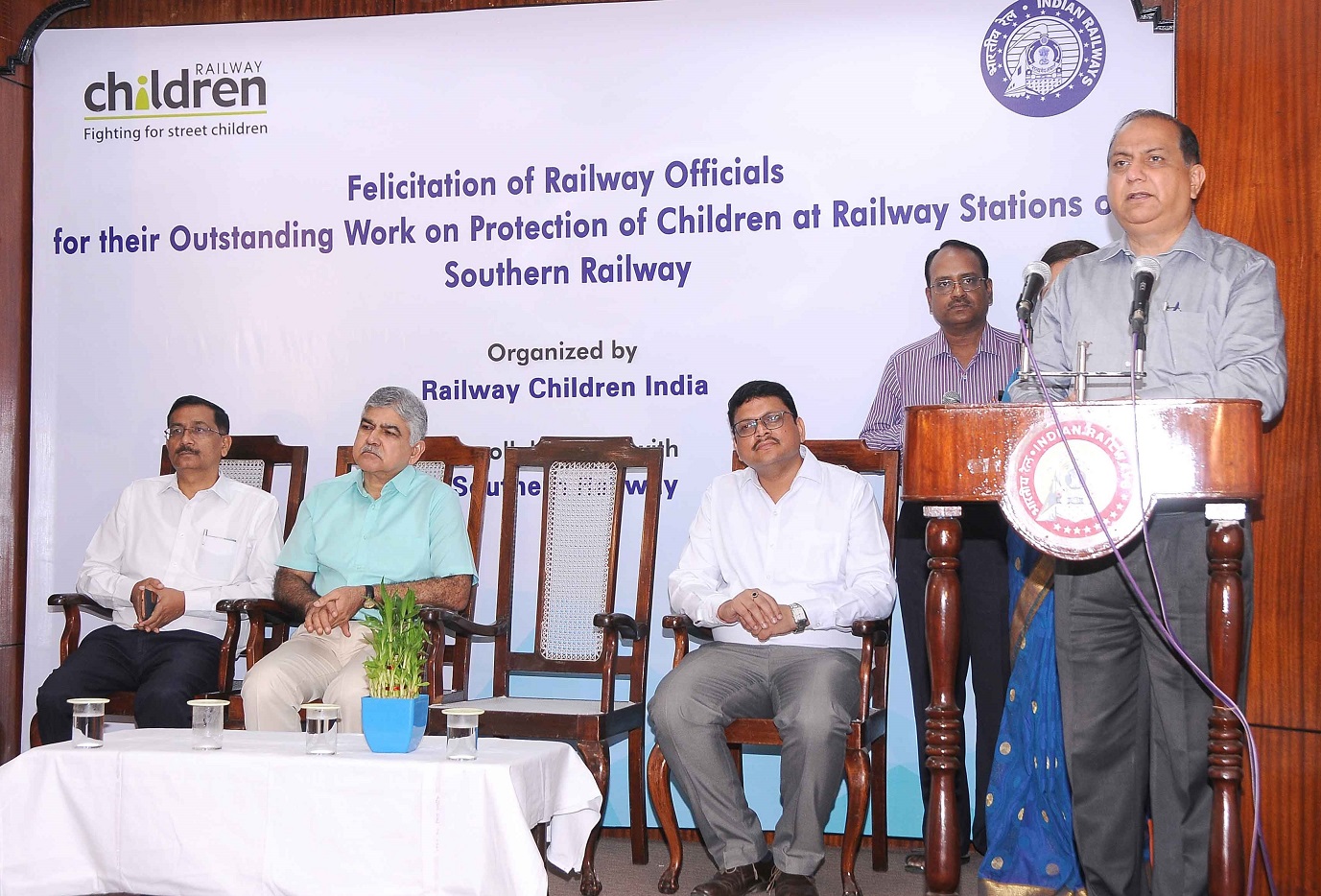 RPF rescues many children daily from trains and railway premises and hands them over to the safe and secure hands of their parents, relatives, NGOs, Child Welfare Committees or other legal rehabilitation institutions established by law, thereby bringing a smile on the faces of thousands of aggrieved parents/relatives of missing children every year.
Sources say, in 2015, RPF has been able to rescue 574 children. Next year saw 615 children get rescued by RPF. In 2017, 905 children were saved by the same force. In the current year, upto September 2018, 1020 children have been rescued by RPF.
Union Home Ministry presented RPF ‘Service of Excellence Award’ in recognition of its efforts towards saving children under Operation Muskan in 2017. The efforts of RPF have something more to say. RPF has joined hands with Railway Children India (RCI), an NGO.
NGO works in tandem with Indian Railways to rescue children on railway premises. RCI has been conducting capacity building workshops at RPF Academy and Zonal Training Institutes.
RCI has been implementing an outreach programme on child protection at four railway stations of Southern Railway namely Tiruchchirappalli, Salem, Katpadi and Villupuram.
Through the programme, Southern Railway in coordination with RCI identified, rescued and rehabilitated a total of 1914 children who were in need of care and protection from June 2017 till May 2018.
A guidebook for creating a child friendly and protective environment for children in contact with Railways has been prepared by RCI in association with National Commission for Protection of Child Rights and is distributed for the guidance of Railway personnel.