A ray of hope for Sri Lankan refugees 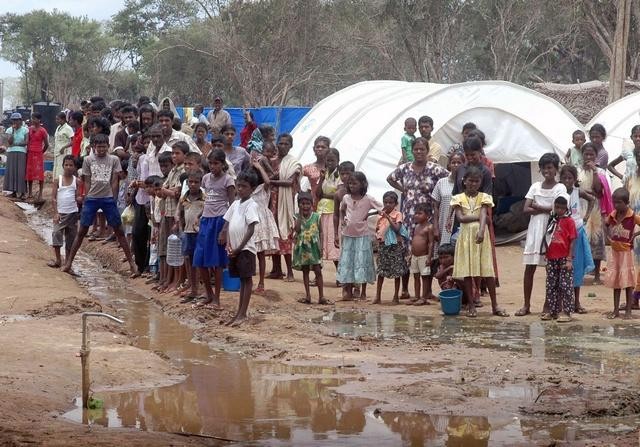 The issues faced by Sri lankan refugees for the past many decades is a major humanitarian crisis the world has ever seen and the troubles they face in alien lands is too hard to describe in a few words, many of them have found shelter in India at Tamilnadu thanks to the humane aproach of successive governments here.

Many of these refugees are scared to go back to theior homeland fearing repurcussions from the government especialy to their kids, hence it is not surprising to find that many of them want to settle in India for good for a safe future of their kids.

Many Tamil organisations such as OFERR i.e the Organisation for Elam Refugee Rehabilation is doing yeoman services to help these refugees in their rehabiliation process under the stewarship of K Retnarajasingham.

Mr Retnarasingham who is an expert in spirulina cultivation has helped numerous Srilankan refugees to take up the cultivation of this nutritious plant and has helped in re building the lives of many of these refugees.

Many of the refugees believe that such activities will go a long way in making the them self reliant and also turn them into engines of economic and social progress and also build a younger generation which believes in concepts of entrepreneurship and business empire building….

Organisations such as OFERR should be well supported by the civil society and make others to get inspired to start such well meaning initiatives…..