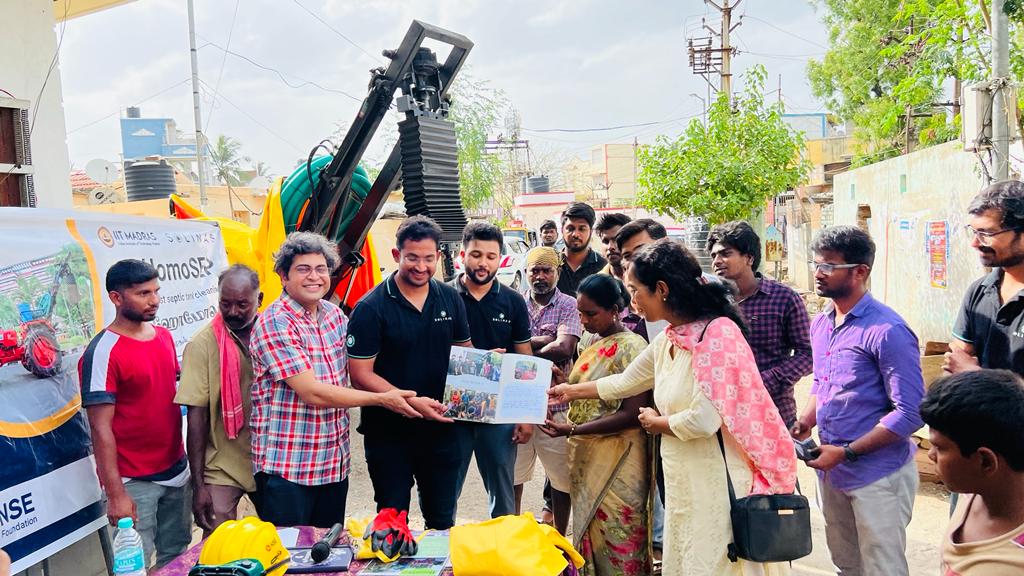 Technology is one of the most wonderful things the modern society has with it. For, its usage can perhaps work out solutions to the complex of the problems bothering the humans even in modern times.

Society has managed to see tremendous amount of progress ever since its evolution, but many issues still pose a challenge to the modern societies and one of them is manual scavenging.

It is an issue about which much is spoken and unfortunate events of individuals losing life while cleaning septic tanks have come to light on many occasions.

Union Ministry of Social Justice and Empowerment in a report in Loksabha said about 340 individuals have lost their lives while cleaning the septic tanks located across the country. The loss of lives took place in over 19 states and union territories of India, said the report.

That is not all, law has been passed in 2013 in India imposing a ban on manual scavenging. But all that has done little to do away the human involvement in cleaning the sewage.

Sources point reports which say about 40 percent of the residences in India still have spectic tanks on their premises or near them and humans are still made to get in them and rid them of the filth. According to an estimate by government agencies in 2021, about 66,692 people are still work as manual scavengers.

All these show, the manual scavenging is an issue that continues to bother. However, work done by IIT Madras professor and his team likely offers a ray of hope as it could turn into a solution for manual scavenging.

Professor Prabhu Rajagopal and team designed a system similar to that of a robot which could get into the septic tank and send information about the contents there on a screen located outside.

However, this did not generate enthusiasm among the scavenging workers as they felt the machine wouldnot serve their purpose. That was when, Devanshu Kumar, a student expressed his willingness to work in the team that is developing the machine.

Professor Prabhu and Devanshu Kumar began working together. Devanshu also demonstrated the Homosape Machine that is used for cleaning septic tanks for machines during the final year project.

It took three years to develop the machine, said Devanshu. We got a great deal of encouragement when we came out with the prototype of the machine during the final year project in 2019.

The team also got a sponsorship to build the machine and to work further on the machine they established Solins Integrity Private Limited. The team has also obtained the patent for the technology behind the machine.

Devanshu is the CEO of the company and Bhavesh Narayani is the Chief (Product Development) in the company. The machine can now be put to work with help of a tractor.

How does the machine work? The machine has a rod with blades on all four sides. It gets into a septic tank and adds water to the contents inside and then removes all the content with help of a suction pump.

However this will not be all, said Devanshu. They are working towards improving the machine with more features. Efforts are on to make the machine portable, once this tastes success, there would be no need of a tractor or any other heavy vehicle to move this machine.