Accord top priority to the safety, health and life: VP

The Vice President of India M. Venkaiah Naidu asserted that mining industry must accord top priority to the safety, health and life of all the workers by developing the ‘culture of prevention’ across the industry. 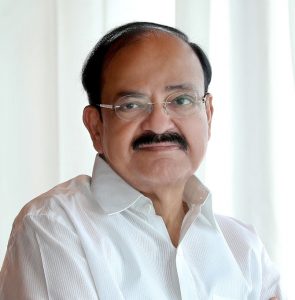 Addressing the gathering after presenting National Safety Awards for 2015 and 2016, he suggested making the mining sector a secure workplace as well as a powerful driver of the growth of the Indian economy by upholding all safety and welfare standards.

“The concepts of ‘Self-supervision’ and ‘duty of care’ should become the keyword for the mining industry in place of the present system of External Supervision,” he said.

The Vice President asked the industry to make good use of technological tools and e-governance for continuous surveillance of workplace hazards in addition to the present system of using the naked eye and experience. He called for exploring options to achieve the goal of ‘zero harm’, by eliminating human and skill-based errors in the mining area.

On matters pertaining to effective regulation and monitoring, the Vice President advised synchronizing legislative measures with the emerging technologies.

Observing that keeping the environment free from pollution was essential for the sustainability of mining industry, the Vice President said that there was an urgent need to provide a better environment to workmen and to local inhabitants in mining areas by improving the ecological conditions.

“It’s my firm belief that mine safety should not remain confined to human-beings, rather it should encompass all living beings and natural ecosystems. It is our duty to protect our environment,” he added.

Stating the Mining sector has contributed greatly towards the development of the Nation, the Vice President said that the mining sector counted for 2.6 percent of our national GDP and provided direct and indirect employment to over 10 million people. (2 million in coal and major metals and 8 million in minor minerals).

Shri Naidu said that India must aspire to further expand the value chains of its key minerals to leverage these resources for faster economic development and at the same time focus more on aspects such as safety, sustainability, and impact on the environment.

Stressing the need to strengthen emergency preparedness of all mines to reduce the damage due to disasters and other incidents, the Vice President asked the mining industry and the government to frequently check the disaster preparedness of district administration, rescue services, State Disaster Response Force and others by conducting mock rehearsals at mines.