S Vishnu Sharmaa, INN/Chennai, @svs037
Tiruchirappalli in Tamilnadu will be place to go on January 20 for it is going to be cynosure of all eyes. That is the day when Tamilnadu Defence Industrial Corridor will be launched by Union Defence Minister Nirmala Sitharaman.
According to sources, major investments in defence sector are expected to be announced on the occasion. While defence innovation hub in Coimbatore will be inaugurated during the programme, a couple of defence products are likely to be unveiled on the occasion. 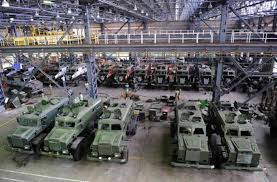 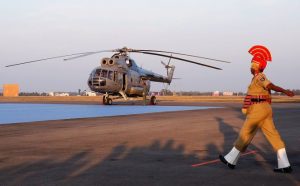 Various rounds of industrial interactions with stakeholders have been done in early 2018. The stage is now set to capitalize the immense potential in the form of clusters of MSMEs and other manufacturing enterprises to help build the corridor.

Launch of projects in Tiruchirappalli is second in the process of setting up Industrial Corridor, recently Ministry of Defence has launched a defence industrial corridor in Aligarh which is one of the nodal cities in Uttar Pradesh Industrial Production Corridor.
Creation of Industrial Production hubs have created a window of opportunity for both domestic as well as foreign investors in Defence manufacturing. Investment announcements are likely to be made during the big event, say sources.
Share