India made satellite makes its way to the skies 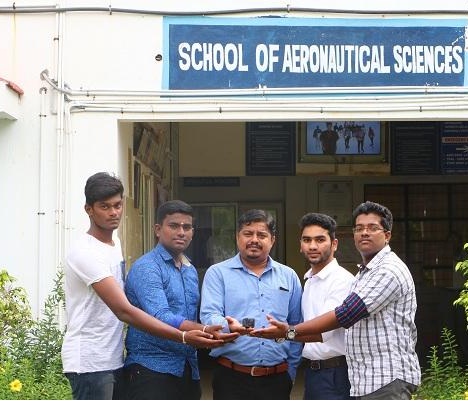 Chennai puts its name on the world map again

Hari Krishnan and his team designed the lightest satellite that weighs around 33.3 grams as a part of global competition ‘Cubes in Space’ conducted by ‘idoodledu inc.’ We have to design the satellite that should not weigh more than 64 grams.

Fame of Chennai reached the sky when a satellite made by students of Hindustan Group of institutions was launched by NASA’s RB-4 ballon recently. There is more to it. The satellite also found place in India Book of Records as ‘lightest micro satellite.’ For it just weighs 33.3 grams.
Infodea went ahead to know more about it. Its correspondent spoke to the students of the reputed educational institution group Hari Krishnan, Amarnath, Giri Prasad and Sudhi who were behind making the satellite. 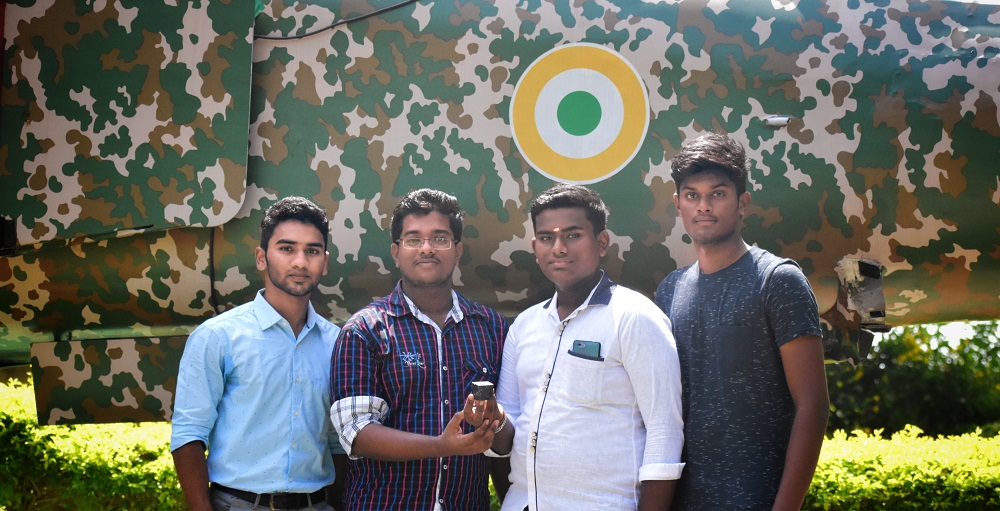 Hari Krishnan and his team designed the lightest satellite that weighs around 33.3 grams as a part of global competition ‘Cubes in Space’ conducted by ‘idoodledu inc.’
We have to design the satellite that should not weigh more than 64 grams.
Every minute was precious so we began soon after forming a team, said Hari adding that Amarnath took charge of making software and hardware for the satellite, Giri Prasad was the test operation engineer for it and Sudhi was the designer of the satellite.
The satellite was made with nylon polymer as it is the lightest material, said Hari reminding that the satellite would detect temperature, moisture levels and UV intensity in the clouds. The shape of it was chosen to be a cube, we made it using 3D printing, since it is quick. 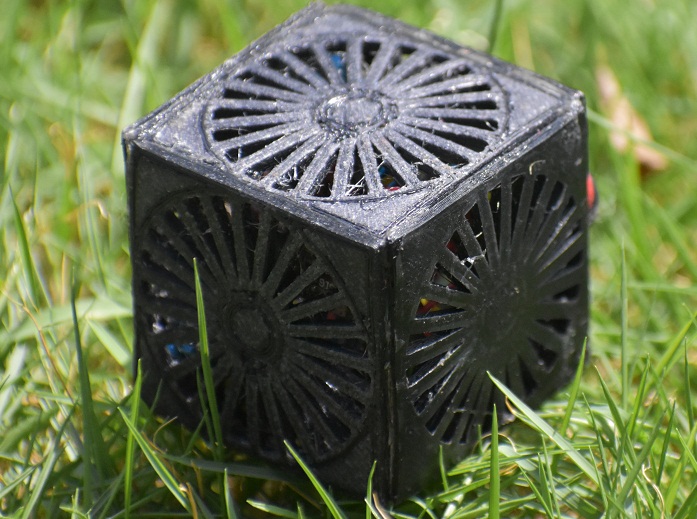 Lot of work had to be done after its making, said Hari. Experiments had to be conducted on the satellite extensively on the weather parametres for a 30 to 40 days. This was no easy task for them as they had to prepare for their regular semester exams while they were carrying out their experiments.
Things were not easy for Amarnath also as he had to face complication with regards to hardware and software of the satellite. The programme underwent many iterations as it had problems detecting the prediction of weather and also storing the information. ‘We inserted two memory cards to do away storage related problems,’ said Amarnath.
Sudhi also had to deal with issues regarding the design of the satellite. The micro controller was 4 cms in size and could not fit into the satellite. After a good deal of effort they could place it diagonally.
We initially aimed to make the satellite that weighed 50 grams, but with innovative design the weight was reduced to 33.3 grams, said the Sudhi reminding that the satellite is named ‘Jai Hind 1-S’ and this will reflect the true potential of India’s youth.