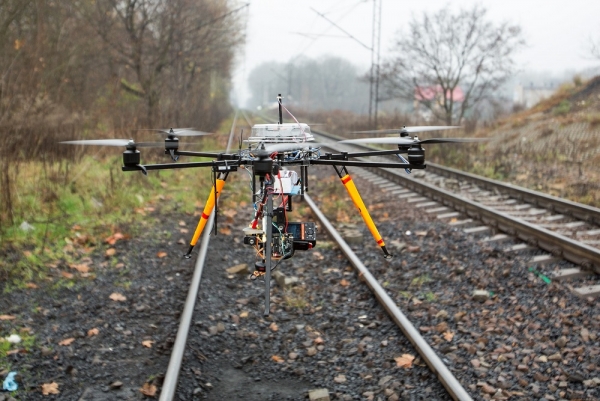 Indian Railways has decided to install Drone cameras (UAV/NETRA) for various railway activities for project monitoring, track maintenance and other railway infrastructure. As per a government directive to Zonal Railways to procure such cameras, the initiative is in-line with the Railways’ desire to use technology to enhance safety and efficiency in train operations.

The cameras will be deployed to undertake monitoring activities of relief and rescue operation, project monitoring, progress of important works, conditions of track and inspection related activities. It shall also be used to assess preparedness of Non-Interlocking (NI) work, crowd management during fairs to identify scrap and also for aerial survey of station yards. The move will also be instrumental in providing real time inputs related to safety and maintenance of tracks and other railway infrastructure.

Under this initiative, the Western Central Railways headquartered at Jabalpur (M.P) has become the first Zonal Railway to procure Drone cameras in Indian Railways. West Central Railways has already done a trial-run of those cameras last week on its all the three divisions in locations namely Jabalpur Division (Narmada Bridge near Bhitoni), Bhopal Division (Nishatpura Yard and Third Line work between HBJ – Misrod) and Kota Division (Chambal Bridge near Kota and Dakania Talav Yard near Kota).

WCR further plans to use Drone for project monitoring in 3rd line work of Bina-Katni, doubling work in Katni-Singrouli,, important bridge inspections and monsoon preparedness in deep cutting portions of ghat sections of Bhopal and Jabalpur Divisions. Earlier, demonstration of the cameras was done for project monitoring of Railway Electrification work of Jabalpur Yard.