Sri City, a world-class Integrated Business City,located at the Southern end of Andhra Pradesh, completes a dynamic decade of operations

Sri City, spread in an area of 100 sq km area in the Eastern end of Chittoor district,comprises a Special Economic Zone (SEZ), a Domestic Tariff Zone (DTZ), Free Trade Ware housing Zone (FTWZ) and an Electronic Manufacturing Cluster (EMC), all in its precincts. Its gateway lies along the NH-16, near Tada town in Nellore district,  and the business/Industrial/leisure/residential zones are all spread in the Varadayyapalem and Satyavedu Mandals of Chittoor District. 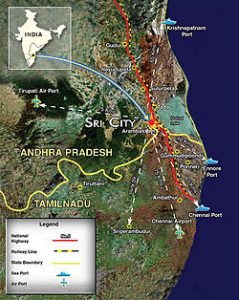 Sri City offers everything, what a business needs.It was designed as a world-class city based on the ‘new urbanisation’ concepts of integrated development that can lend itself to sociability and sustainability in the future. Taking advantage of the large workforce, talent pool, and well-developed industrial infrastructure, Sri City stands as an example of industry extraordinaire.

Its proximity to Chennai gives Sri City a competitive edge over other locations. Sri City’s strategic location offers access to the best of both states.In recognition of its world class infrastructure and commitment. Sri City received several awards, including the Asia’s Most Admired Brand for 2017-18, and Indian Green Building Council’s (IGBC) prestigious Green City ‘Gold’ rating in recognition of its excellence at national level in 2017.

From concept through commissioning

Mr Ravindra Sannareddy, an established industry-captain who leveraged his international academic background and experience to create successful trans-continental business organisations, had realized that India was losing investment opportunities from foreign due to lack of infrastructures. After a lot of brain storming, he determined to develop an industrial hub in Andhra Pradesh, which will be like Shenzhen in China, Jurong Industrial Estate in Singapore, Columbia in Maryland and Cyberjaya & Putrajaya in Malaysia. In 2006, in association with his friends and Equity funds, Mr. Sannareddy established a company titled ‘Sri City (P) Ltd.’  After an extensive survey followed by a detailed study, the present location, that spreads into Sathyavedu- Varadayya Palem and Tada mandals, the most backward area in Andhra Pradesh was found ideal. This location has easy access to rail, roads, airports and seaports. Proximity to Chennai and the idea of making it what Hosur is to Bengaluru clinched the choice.

The process of land acquisition was an interesting challenge and the  Sri City Management addressed many of the issues for a consent-based settlement and acquired 10,000+ acres of land without litigation. These initiatives are now part of the new land acquisition Act of the government of India.

On completion of land acquisition, Sri City entrusted the task of designing and developing the site of a Special Economic Zone, on the concept of ‘Work-Live-Learn-Play’ to M/s Jurong, Singapore.

Complementing the business zone is the social infrastructure zone with multi-level residential options, commercial and retail development to make life self-sufficient and enable working & living a truly pleasurable experience at Sri City. The formal groundbreaking was done on August 8, 2008 by then Chief Minister of AP Dr. Y.S. Rajasekhar Reddy.

In 2010 M/s Venture from South Africa signed up an agreement as the first client. Soon, BFG, VRV Group and Saakar also came on board to set up their facilities at Sri City.

A gateway to the world of business 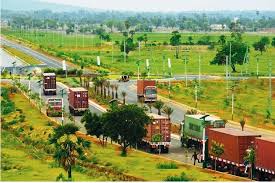 Soon it emerged as a well established name in line with the ‘Make in India’ and’Make in AP’. With its world-class infrastructure and locational advantage for exports and imports, Sri City emerged as one of the best global manufacturing hubs in the country. Since the state government has embarked on a massive exercise to build the state with large industrial investments, Sri City, though it is a private SEZ, is getting featured in states’ list of clusters for investments.

The best recommendation for Sri City is the long list of its achievements.All put together, as of now, about 175 companies from 27 countries have chosen Sri City as the home, investing nearly Rs.35,000 crores. The city is already buzzing with activity, brought alive by more than 100operating units from various industrial sectors. Some more manufacturing units are under construction and will soon be a part of this industrial growth engine. The aggregated value of exports from Sri City units during the past seven years is around Rs.4000 crores.

In job creation too, Sri City has a well balanced mix. As of now, all the companies provide employment(including the direct and indirect) for over 35000 persons.Half of this number is engaged in the jobs provided by the industries, and the rest is engaged in support services.

The initiative of Sri City in employing large numbers of women in the industries certainly makes it unique. For instance, in Rising Star (a unit of Foxconn) itself, as high as 12000 women are employed. Similarly, some more units, such as Pals Plush, Mondelez, Kellogg’s, Evertan Tea, MSR Garments, KGI Clothing, Unicham, Colgate Palmolive, etc have a large women workforce. The percentage of women workforce ranges between 20 to 95 in those units.

Developing human resources in the region

A Technical Skill Development Institute, which was set up in Sri City with the support of AP government  and managed by M/s Siemens, offers free training to Diploma and Engineering students in Computer Applications, CNC machining, Automobile Engineering. CAD/CAM and Welding, and imparts special skills.

In order to have continuous supply of talent pool, Sri City had set up an employment bureau, wherein a database of the job seekers is maintained. Unemployed people can register by submitting their resume either in person or by email (id: [email protected] ).

Impact of Sri City on the society around it 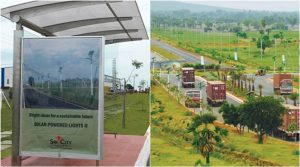 The Socio economic surveys conducted by the SV University, Tirupati in 2012, Tata Institute of Social Sciences (TISS), Hyderabad in 2015, and the Rural Media in 2016 document that the advent of Sri City made a predominantly positive influence in terms of economic development in the region, particularly ample empowerment opportunities. Most women in the area feel that employment opportunities in Sri City have certainly given them a voice and the ability to take a stand and speak confidently for themselves wherever necessary.

Mr. Ravindra Sannareddy, Founder, Managing Director said,“In the first 10 years, we focused on industrial infrastructure. After achieving critical mass in terms of number of factories and people employed in them, we are now focusing on creation of world-class social infrastructure, led by residential development in a ‘walk to work’ environment, with an estimated potential of 50,000 housing units.

From being a dry and arid zone where there was little or no farming, today this entire region is a fertile hub of growth and industry, with over 35,000 employees.”