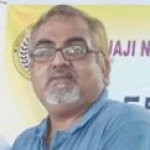 Age is no bar for achievements, all one needs is strong will to perform. Arjun Aggarwal, a 12th standard student is an ideal example in this regard, it can be said. 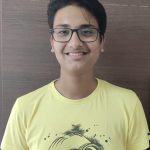 Arjun is studying at Heritage Experiential Learning School, Gurgaon. The young innovator has come out with a mobile app ‘Udhaar Khaata’ which will be useful for small shopkeepers, vendors and kiosk owners.

Sources point out that the app is already being used in Delhi, Chandigarh, Lucknow, Dehradun, and Kanpur. Some users are even situated in neighbouring countries Nepal and Pakistan. 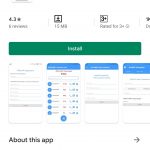 India has more than 12 million small shops. Most of these shops give goods worth around Rs 5,000 to Rs 10,000 to customers on credit per month. This app will help to manage customers credit, leading to substantial recovery of potential losses, delays of payment for shopkeepers, said Arjun. The young innovator says interaction with a local shopkeeper offered him the idea to come out with the app. ‘He was complaining that he was finding it difficult to pay his suppliers as the money was locked up with his customers in form of credit.’ Arjun spoke to more than 50 shopkeepers in three cities. The results of these interviews pointed to a clear need of a simple and efficient solution to the problem.

The app was developed in React Native, a JavaScript based mobile app development platform created by Facebook. To design Udhaar Khaata, the problem faced by shopkeepers had to be studied in greater detail. The interviews with shopkeepers revealed that they needed a solution that gave them the same ease in adding a new customer and transaction as it was writing in a notebook.

Also, to increase comprehension of the features of the app, the user interface needed to be made in both Hindi and English. Keeping these insights in mind, a beta version of the app was made. The app was then used by close to 500 users and based on their feedback, the final version of the Udhaar Khaata was released.