What Navy, NCC Did For Gaja 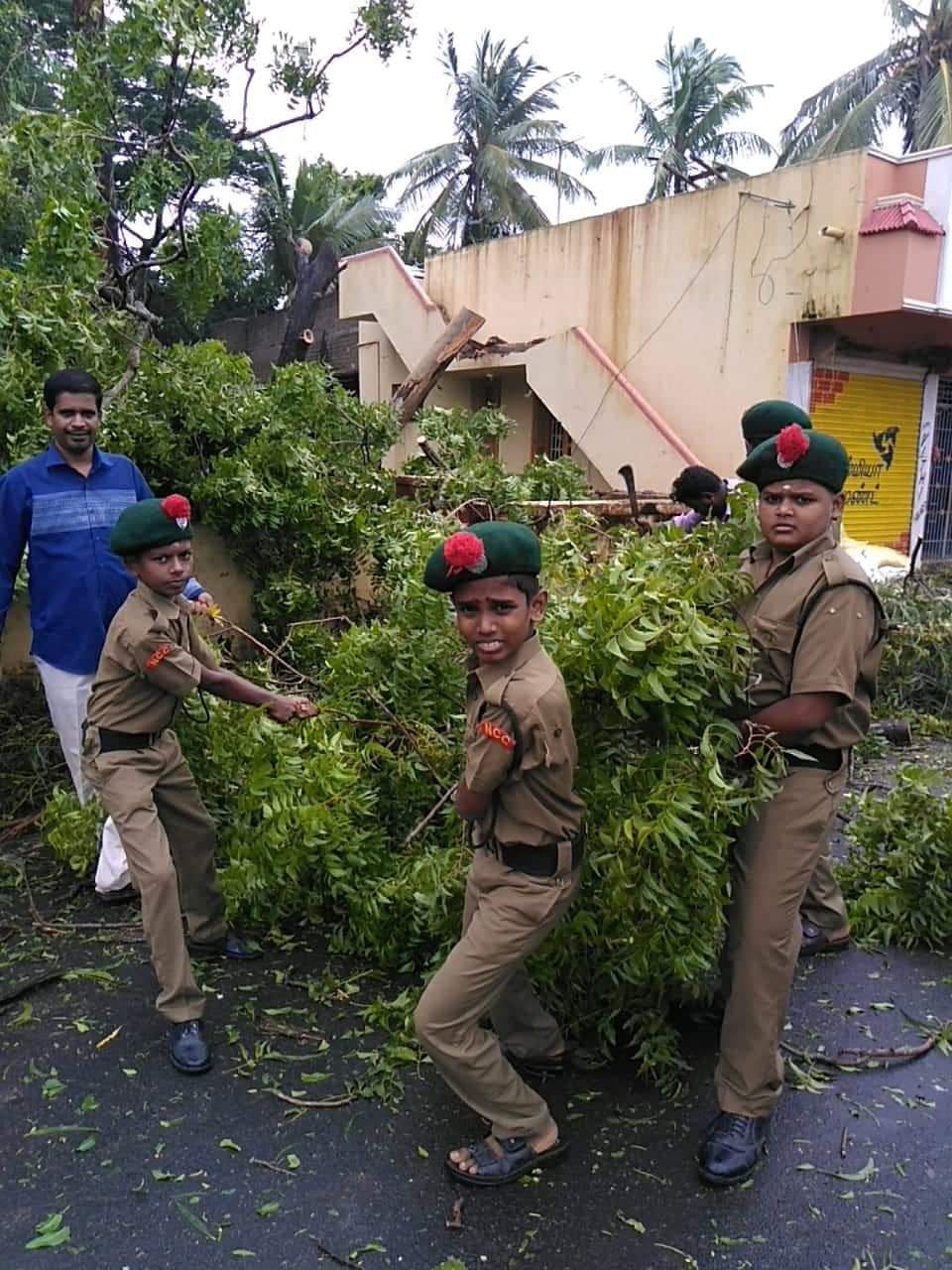 Men in uniform respond during the time of crisis

The month of November this year did not go well for Tamilnadu as the cyclone Gaja did strike it. Fortunately, things did not remain dull for Tamilnadu at this hour of crisis. Infodea went ahead to know more in this regard.
As the cyclonic storm approached the coast of southern part of this state, Eastern Naval Command(ENC) has assumed high degree of readiness to render necessary humanitarian assistance.
Two Indian Naval ships Ranvir and Khanjar stoodby to proceed to the most affected areas to undertake humanitarian aid distress relief (HADR), evacuation, logistic support including providing medical aid.
These ships were embarked with additional divers, doctors, inflatable rubber boats, integral helicopters and relief material that include food, tentage, clothes, medicines, blankets.
Additionally, aircraft from naval air stations Dega, Rajali and Parundu and Water Jet FACs and patrolling boats from naval detachments in Ramnad and Nagapatnam have warned the fishing vessels about the approaching storm and directing them to return to harbour. 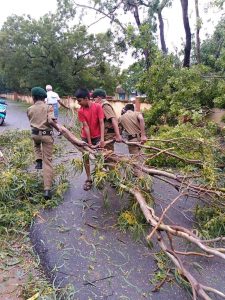 Eastern Naval Command monitored the developments closely and Flag Officer Commanding Tamilnadu and Puducherry Naval Area is constant communication with the state administration to augment rescue and relief operations, say the naval sources.
One P8I aircraft, dornier aircraft and helicopters were also on stand by to undertake reconnaissance, rescue, casualty evacuation and air drop of relief material to the stranded.
Defence sources further say, two Indian Navy ships Chetlat and Cheriam have been diverted to Karaikal to render any assistance to Tamilnadu in the post cyclone Gaja scenario. These ships will render assistance to state authorities for taking up disaster relief operation.
Three naval ships Darshak, Carnicobar and Coradivh are said to be on standby  at Chennai and INS Ranvir and Khanjar at Vizag to augment relief efforts at short notice. One helicopter sortie was flown from INS Parundu to assess the effect of Gaja damages in and around Ramanathpuram.
Indian Navy has also positioned a  dornier detachment at Arrakkonam to facilitate damage assessment and  any other assistance that may be needed. 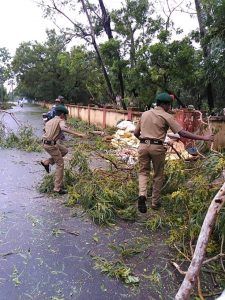 NCC rises to the occasion
When Navy did its job well at the moment of crisis, National Cadet Corps too did not stand back. Cadets from Annai Abirami National School did hurry to take up field work in Karaikal. The goodwork they did was to remove the trees that were uprooted duing the cyclone. The fast winds led to the uprooting and NCC cadets removed them so that no hinderances are left on the roads in Karaikal. Needless to say, their work did give them a pat from everyone.