An anatomy of a sport disaster 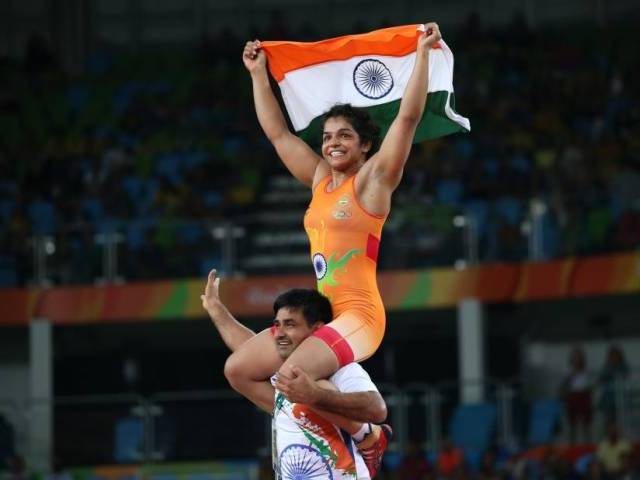 The Olympics are well and truly over and India has positioned itself in a dismal 67th position,  and to add insult to injury even developing countries such Indonesia and Malaysia have fared much better than India. 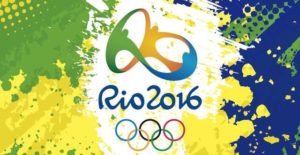 Though  India is still a developing country, she certainly has the resources to fund at least a programme capable of delivering up a moderate number of victories.  And India’s large middle class, complete with their personal trainers and air-conditioned gyms, should have performed much better. India’s record is such that, as one commentator pointed out, “Michael Phelps has won as many medals on his own as Team India has managed since 1900.”

This is not to poorly showcase the achievements of India’s athletes at the Olympics, who had to compete in the face of mighty  indifference and carelessness from Indian officials.

Many Indian athletes performed well primarily because of their own efforts, along with the support from their families and friends. Two Indians have won medals: PV Sindhu brought home a silver for badminton and Sakshi Malik, a bronze for wrestling.

Another athlete, Dipa Karmakar, became the first female Indian gymnast to compete in the Olympics, and placed in fourth in the vault. A golfer, Aditi Ashok qualified for the golf final, and a runner, Lalita Babar, became the second Indian woman to qualify for the final of track and field event.

What all these athletes have in common is their iron will and ability to overcome the bureaucratic neglect that extends to most sports in India. Being women they thus face an additional layer of neglect in a society that values male athletes more.

Karmakar stated that “even now we still do not have the Olympic standard balance beam and uneven bars in India.” Malik is from  Haryana, where girls continue to face major hurdles to even compete as wrestlers until recently.

Herein lies a fitting lesson for a patriarchal society: women who take the initiative — rather than pampered male athletes — are the ones who are bringing in the laurels. Until Malik won a medal in the second week of the Olympics, it seemedimpossible that  India would win no medals at all. Several top athletes “crashed out,” early on, to use a euphemism common in Indian newspapers.

So what went wrong? There are obviously some fundamental issues, including the fact that a large portion of the population is malnourished, and also the fact that much of India’s population does not engage in sports, and definitely not from the early age necessary needed to be a world class sportsperson due to a lack of infrastructure and zeal in most schools. These problems are not particular to India or related to its sports culture; it is to be assumed that as infrastructure and food security improve, Indians on average will become more athletic.

The bigger issue is routing the talents of those Indians with access to food and facilities toward a goal of winning more medals at sporting events. India, unlike China, seems to lack the superhuman drive to compete with the West and beat it on its own terms as a way of redressing centuries of imperial oppression. 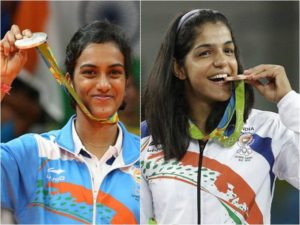 Many Indian Olympics officials treat sports like a kitty party and a way to take an extended holiday to a foreign country; money is often allocated to flying officials to fly in business class to “cheer” the athletes. On the other hand, necessary expenditures for the athletes  are neglected. A case in point: As a leading journal reported, Karmakar’s “physiotherapist wasn’t allowed to travel with her—it was dubbed ‘extravagant’’ by the Sports Authority of India. The officials entered the fray only when she made history by qualifying for the finals; the physiotherapist, needless to say, was rushed to Rio soon after.”

In order to improve, India should take cognizance of its strengths. Obviously, women have been performing very well. Most women in India have to struggle against inherent social and institutional norms, although their  families are supportive. Women who reach the Olympics are thus likely to already have superb skills, relative to men in India. Therefore, India should field more make an effort to field more women and give them better access to experts and facilities. 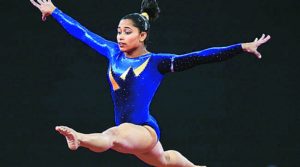 India also needs to end its culture of pampering the senior athletes at events. The athletes that got the most focus  at this Olympics were those that were well known from previous fixtures, even though, as older athletes, they did not have the advantages of youth that lesser known ones (including this year’s medal winners) had. Yet many of these athletes have ego issues that has scuttled our medal prospects. For example, India’s much publicized tennis players simply cannot get along, and when paired together in doubles matches, lost.

India most importantly must develop a sports culture, through investing in more sports facilities at schools (which have to be built anyway) and stadiums in towns and cities. Sports other than cricket must be emphasized, and tailored to the means and abilities of different wealth groups and states (for example, wrestling is an important local sport in Haryana, which is why it produces most of India’s Olympic athletes in that sport).

Indians should concentrate on the sports in which they are more likely to succeed, based on a variety of cultural, institutional, or dietary reasons that are by no means fixed or permanent, or characteristic of every Indian. In general, with the exception of hockey and wrestling, Indians have been winning more medals at sports that emphasize agility, flexibility, and concentration such as badminton, shooting, gymnastics, while performing less well in team sports and contact sports.

A nation with over a billion strong mass should be much more ambitious and aspire for more, the problems afflicting the sports ambiance in the country is well known, hence a comprehensive and well – planned strategy is needed to address them.