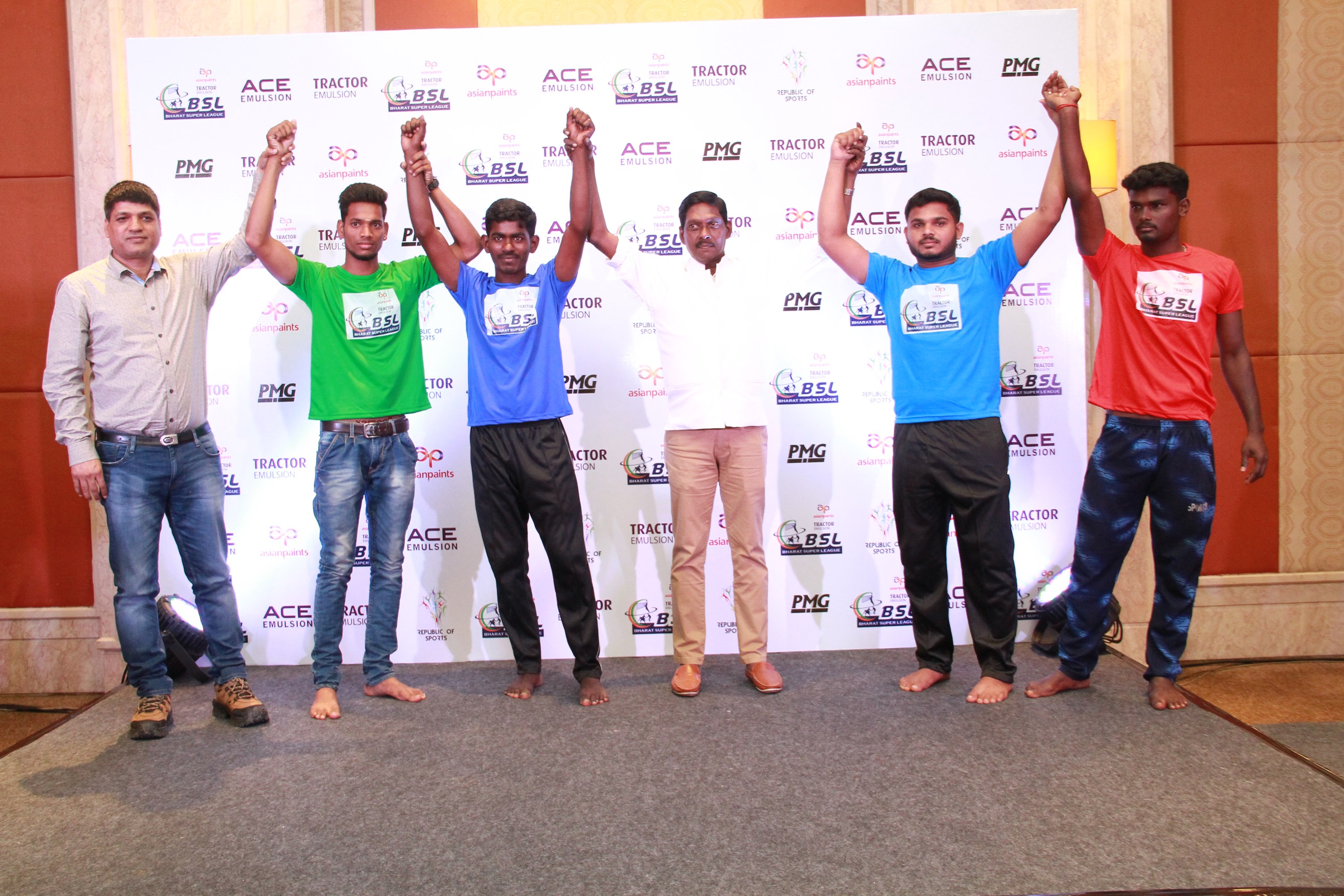 After an exciting 10-day tournament between 128 teams across 8 districts in Tamil Nadu, Asian Paints Tractor Emulsion Bharat Super League (BSL) held a press conference to mark the success of the initiative that received a massive local response from all players and fans.

The conference also highlighted the interesting journey of the 10-day tournament with renowned former Indian Cricketer and cricket Commentator, Laxman Sivarama krishnan as the Guest of Honor. Asian Paints undertook the mission to support this league that fosters grass-root level Kabaddi and discovers young, local talent that lies in the hinterlands of India.

The tournament further encourages players to participate the games by awarding the winner a cash prize of Rs. 51000 and the runners-up a cash prize of Rs 31000 in the grand finale. Commenting on the success, Jaideep Kanse, General Manager of Marketing at Asian Paints Ltd said, “Asian Paints Tractor Emulsion’s association with the league was the beginning of a landmark initiative that witnessed some high potential rural Kabaddi Players. We are proud to be associated with Bharat Super League and its endeavor of bringing to light rural players. It gives them a recognized launch pad that would further boost their aspirations to play at the topmost level in the nation at a professional level.”

Rohtash Nandal from Bharat Kabaddi Association commented, “This all-round journey of Asian Paints Tractor Emulsion Bharat Super League showcased the level of excitement players and fans have towards Kabaddi in Tamil Nadu. Having been deeply connected with this sport, it has made us realize that these phenomenal players are the real future Kabaddi in India.”

In Laxman Sivaramakrishnan, former Indian Cricket and Cricket commentator’s words “It’s great that reputed organizations like Asian Paints are lending support to build the home-grown sport and boost the morale and confidence of the young and dynamic players of our nation. It gives me immense pleasure and honor to be with the teams who have showcased such high level of performance, fitness, skills and game play.”

Deepak Rathi, MD of Republic of Sports said, “We have already conducted a very exciting series of this tournament in other states of India such as Bihar, Uttar Pradesh, Andhra Pradesh and Telangana. The energy and enthusiasm of the players were intense and the matches were a thrill to watch. There could not have been a better partner than Asian Paints, a home-grown company that has been catering to the aspirations of millions of homeowners in Tamil Nadu for over 75 years. We promise to do everything possible in supporting this initiative to transform India&#39;s oldest rural sport into something big.”