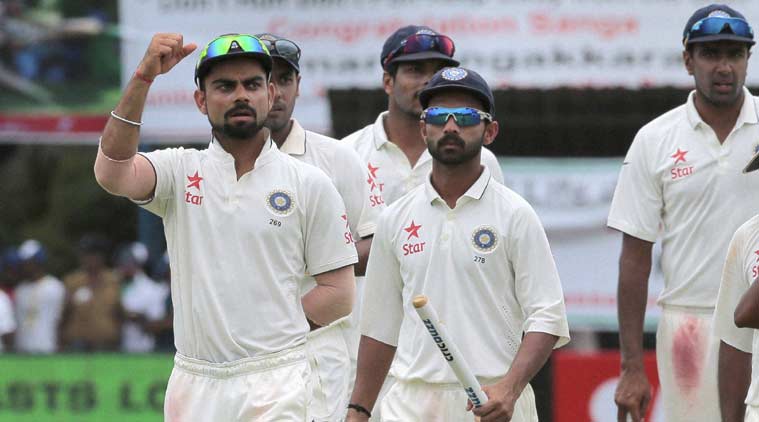 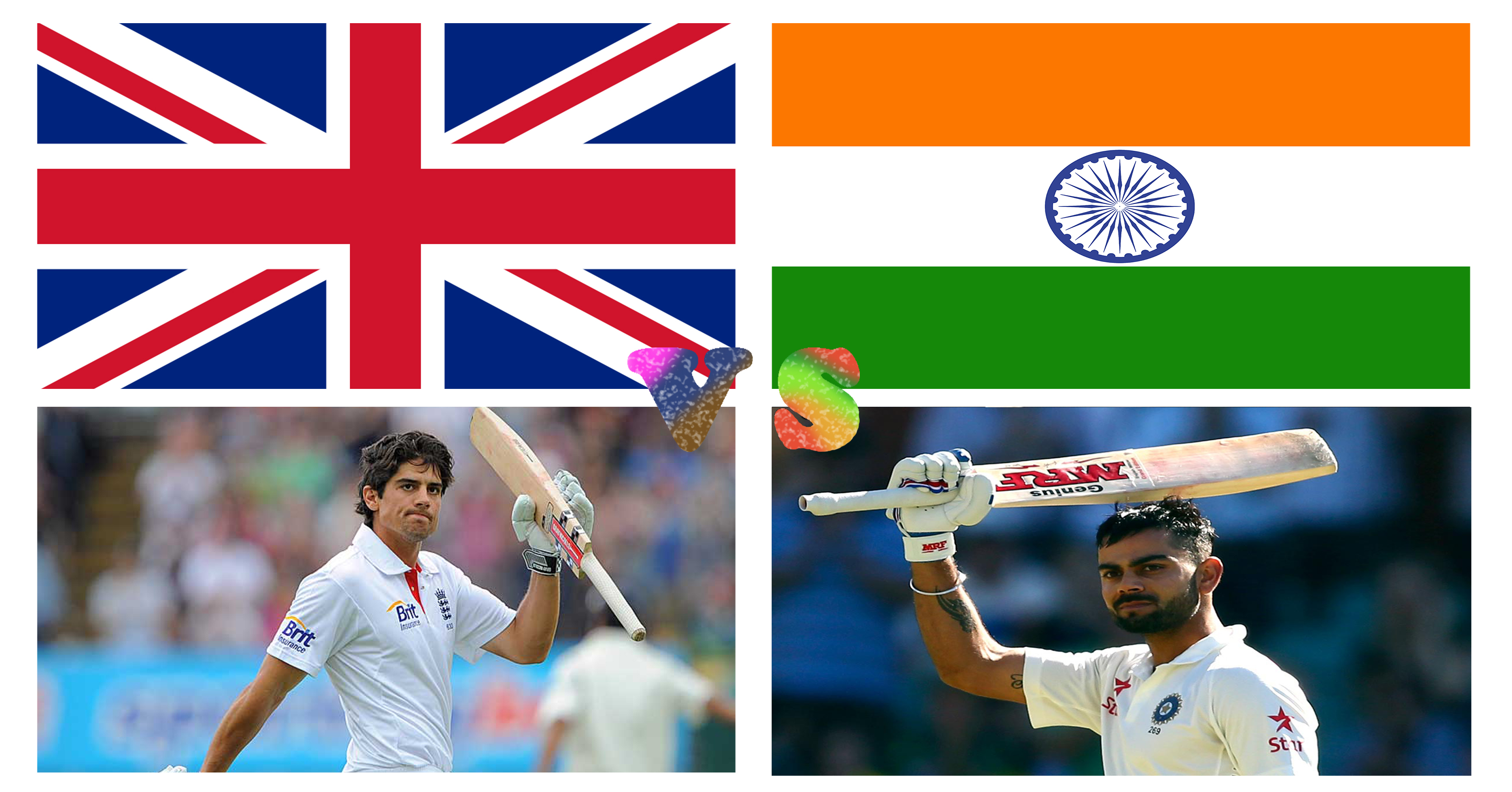 As Dr.Orison Marden, the famous American author, once said, “Success is the child of drudgery and perseverance.” Cricket has been the biggest sport in India over the last four to five decades. With a colossal number of more than 80 crore followers, it is almost a religion and not just a sport. It caters to a wide range of people irrespective of age, gender and geography. Currently, India has risen to the number one ranked team in ICC Test rankings (dethroning Pakistan) after defeating New Zealand in the Indore Test and is currently enjoying numero uno status.

Though India always had the right combination to excel in the longer version of the game, somehow it failed to reach the pinnacle for a long time.

The West Indies ruled the 1970s and then the momentum shifted to the Australians, who remained at the zenith of Test cricket rankings till the early 2000s. In the meantime, India was making paltry improvements in performance and rankings ever since its Test journey started in the pre-Independence days. Test cricket was the only form of cricket then. Though other formats of the game came into existence later, like One Day International (1971) and TwentyTwenty International (2005), Test cricket is still considered its highest standard. It is the longest format and it ‘tests’ the team’s playing ability and forbearance.

It all started in England in 1932 under the captaincy of C.K.Nayudu, the country’s first captain, but India had to wait for a few years to savour its first Test victory. But amid the ups and downs which are part of sport, India earned the reputation of producing some of the best cricketers of all time: Sunil Gavaskar, Dilip Vengsarkar, Sachin Tendulkar, Virendra Sehwag, V.V.S. Laxman, Rahul Dravid, Virat Kohli, etc.; this list is really huge and includes a good number of bowlers like Kapil Dev, Anil Kumble, Bishan Singh Bedi and Zaheer Khan. 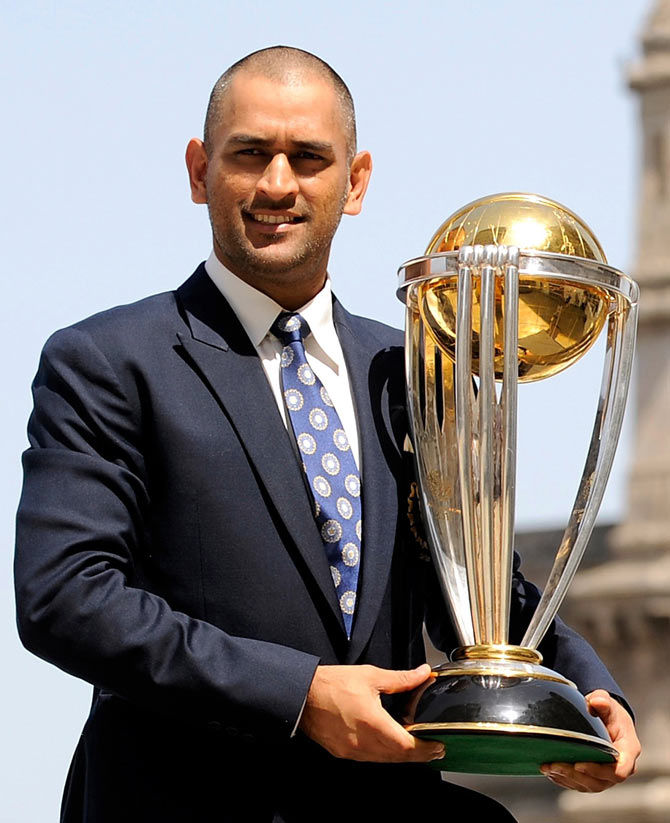 India achieved the feat of becoming numero uno in Test cricket for the first time in November 2009 under the captaincy of Mahendra Singh Dhoni, India’s most successful captain till date. A string of successes under home conditions against Sri Lanka (2009) and overseas in West Indies (2006), England (2007) and New Zealand (2009) led the team to the summit. This was India’s longest stint at the top, lasting almost two years till August 2011, when India lost its position after the disastrous tour of England. Dhoni had a tough time as a captain thereafter and shocked the cricket fraternity by suddenly quitting Test cricket. He announced his retirement after the completion of the Boxing Day Test against Australia at the MCG. 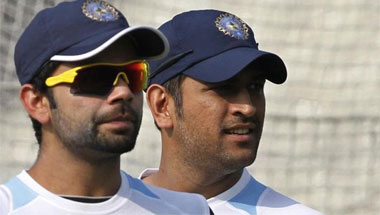 It was then that the command of the team was handed over to Virat Kohli, a player who has been termed ‘Success’ Favourite Child’ and has proved his mettle in all formats of the game. Virat, as a captain, is a completely different person a compared to Dhoni. While the latter takes a calm approach to the game, the former is a powerhouse of aggression. Though it’s still too early to judge Virat, he has the highest win percentage by any Indian captain (minimum 10 Tests). He led India to the number one position once again, though for a short time, in January 2016 after defeating Sri Lanka and South Africa at home and West Indies away before Australia displaced the team after its series win in New Zealand.

With 11 more Tests to be played in the home season against England, Bangladesh and Australia, the odds are stacked in favour of Kohli’s men to consolidate their number one rank for a long period. Adding to it, the recent form of the Indian team, with 13 consecutive Test wins at home without any loss, has already lifted the team’s morale and has provided a positive impetus to it to continue at the top.

There are a lot of challenges to India’s reign at the top though. The first one is from England, the last team to beat India in India (2012). Their five match Test series commences on November 9. The last time the English team toured India, it had made the home team bite the dust; this time, it will be arriving with this psychological advantage. Moreover, the English are currently playing in Bangladesh, where the conditions are almost similar to India in terms of the pitch, climate and atmosphere. Though the Bangladeshis beat the English comprehensively in the second Test and made the batsmen surrender to their spin bowling (which is a good sign for India with the deadly combination of R. Ashwin and R. Jadeja), it will be unwise to underestimate the team and take it lightly, as it can strike form any moment. Also, the success of Moeen Ali against India can also pose a threat. A part-time spinner, Ali has always troubled Indian batsmen in the past and has a good track record against them. Alaistar Cook, Joe Root and Jonny Bairstow have already exhibited their spin playing skills. So definitely a tough task faces for Ashwin, Jadeja and Mishra.

After England, the next challenge is from Bangladesh. Though they will be playing only a single test match between February 8th to 12th, 2017,a defeat against them can adversely affect India’s rankings.With victories against Zimbabwe and England, Bangladesh have proved that they are no more minnows in the game and they can upset any team on their day. The emergence of Mehedi Hasan and his partnership with Shakib Al Hasan has strengthened the spin department and can pose immense threat to the Indian batsmen in spin friendly tracks.Moreover, they will look forward to the tour as a chance to take vengeance for their World T20 loss to India. Kohli’s men cannot take them lightly in any way.

The next big challenge is from Australia. It will be playing four Test matches between February 23 and March 29, 2017. Although the Kangaroos are going through a rough phase, they can bounce back any time and thus are the biggest challengers to the numero uno status of India. The experience of playing on Indian pitches (courtesy the IPL) and the presence of players like David Warner and Steven Smith makes the Aussies a stiff opposition. They are sure to give their best to retain the Border-Gavaskar trophy.

Apart from these, the number one rank can also be affected by the way Pakistan and Australia perform in their respective Test series against West Indies and South Africa. India, with 115 points, is leading the ICC Test ranking charts, with Pakistan (111) and Australia (108) in second and third positions respectively. Pakistan, under Misbah-Ul-Haq, has been quite impressive and can make efforts to reach the top spot. It has already defeated the West Indies in the United Arab Emirates and will be touring New Zealand for a two-match Test series in mid-November. If it beats New Zealand, its ratings can seriously threaten India’s top position, if the Men in Blue perform badly against England.

The upcoming Australia-South Africa series, which starts from November 2, may also pose a challenge for team India. Australia can take a huge leap in the ratings chart if it manages to beat South Africa. The home conditions give Australia the upper hand.

India, under Kohli, faces a couple of issues. The poor form of Shikhar Dhawan is a matter of concern; moreover, he suffered a minor fracture on his left hand after being hit by a Trent Boult bouncer in the second Test against New Zealand in Kolkata, which ensured he won’t be joining the team anytime soon. Promising opener K.L. Rahul is also doubtful for the Test series against England due to his hamstring injury, suffered during the first Test against New Zealand. Though the return of Gautam Gambhir may solve the opening woes of Team India, the recovery of Bhuvaneswar Kumar and Ishant Sharma are also good signs for the upcoming Test season.

Despite all concerns, India would be hoping to continue its present form under Kohli, with a billion hearts backing it.