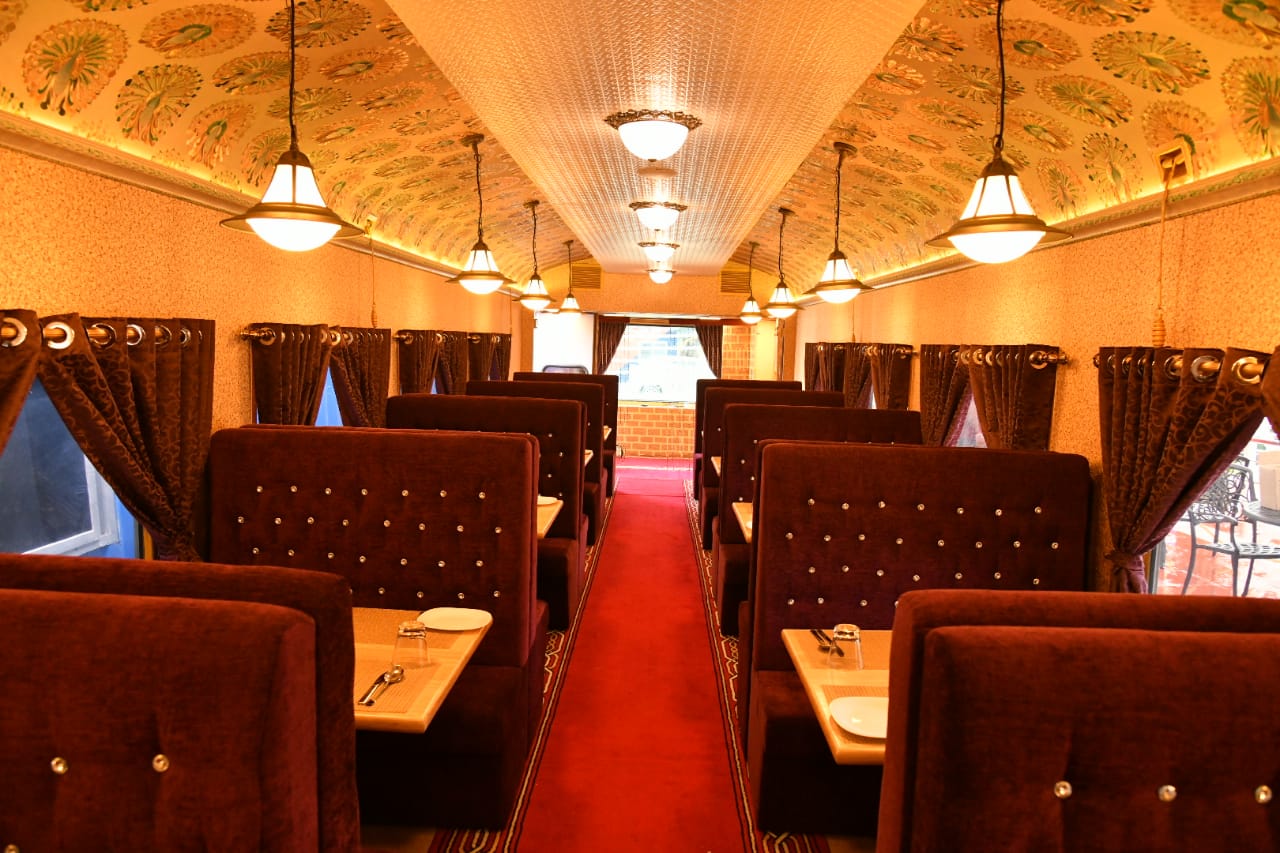 Establishes a restaurant and a hockey stadium

It was not long ago when Integral Coach Factory (ICF), the premier institution that makes coaches for Indian Railways has shown its concern to the needs of the popular sports person Swapna Barman. Now it has moved to show its prowess in hospitality and sports.
The noted train coach making organisation established a hockey stadium behind ICF Higher Secondary School and a restaurant at Chennai Rail Museum premises. Infodea ventured ahead to know more.
The hockey stadium was inaugurated by olympian Ajit Pal Singh on Saturday (1 September). ICF has been creating sports infrastructure with a view to promote sports among ICF employees and their families for quite sometime now, their lastest venture of establishing the hockey stadium is done with the same objective, said a senior official of ICF.

The hockey stadium is with astroturf. Astroturf is fast-playing, non-directional that would ensure that the game is not influenced by the nature of the surface and allows for a higher skill set to flourish on the pitch as against the grass turfs that tend to change nature according to the normal or abnormal weather conditions that the Astroturf will provide ideal playing conditions at all times irrespective of the weather.
The stadium named “Mohammed Shahid Astroturf Hockey Stadium” has been developed at an approximate cost of Rs six crores that has a seating capacity of up to 600 spectators in its two galleries.
The works for the stadium have started in January this year and have been completed just now. The ground comprises of two galleries for spectators and canopy for VIPs on the opposite side.
The size of the Hockey ground is of dimensions 100 yards X 60 yards and is the only 3rd ground in Chennai to have such a modern astroturf. It is pertinent to mention here that the Mohammed Shahid Astroturf Hockey Stadium has been certified for field performance as a Global category field by the International Hockey Federation (FIH).
This stadium is aptly named in honor of Mohammed Shahid, the Indian hockey olympian. Shahid was one of the role models for hockey aspirants in India. He had close connection with Indian Railways as he was working as Sports Officer at Diesel Locomotive Works (DLW), Varanasi.
He was also recipient of Arjuna Award during the the year 1980-81 and was conferred with the prestigious Padma Shree award in the year 1986. Shahid was a prominent member in the victorious Indian hockey team that won gold medal in 1980 Moscow Olympics.
The things did not remain restricted to sports alone, the hospitality segment also witnessed a development on the premises of ICF. An air-conditioned restaurant inside a rail coach established at Chennai Rail Museum recently is managing to attract attention.
The restaurant named “Chennai Express” was inaugurated by Sitaram Prasad, Corporal Chef, GRT Group of Hotels and Resorts and M B Venkatesh, Managing Director, Eden Group of Hotels on 31 August in the presence of ICF personnel.
An LHB (Linke Hoffman Busch) air-conditioned rail coach shell was provided by ICF and the interiors of the same have been luxuriously furnished by Indian Railways Catering and Tourism Corporation (IRCTC).
IRCTC will be in charge of this unique rail coach restaurant. This is the second such restaurant in India, the first one is being already operated in Bhopal. This restaurant has been developed in a better manner keeping in mind the shortages of the earlier one, said an ICF official.
The light fittings have been designed in an antique flavour with observation windows on both the ends of the coaches. The exterior of the coach restaurant has been painted with modern arts by Ms Asma Menon, a renowned creator and her team of artists.
The platform in front of the coach restaurant has been designed to resemble a railway station platform matching with the Chennai Express restaurant.
This coach restaurant was made ready in a record time of three months and will have a food range equivalent to a star hotel. The cafeteria will have a seating capacity of 64 pax serving Chinese, Continental, North Indian and South Indian cuisines (both vegetarian and non vegetarian).
The menu will consist of items that were traditionally served in the famous trains of bygone era of Indian Railways and the names for the dishes have also been given accordingly.
This restaurant will function for six days a week from 11.00 am to 10.00 pm except Mondays initially. During the museum working hours, (from 9.00 am to 6.00 pm), the cafeteria will cater to the needs of the visitors of the museum with the entry ticket.
After 6.00 pm, once the museum is closed for the day, the users can directly dine in the Cafeteria without any entry ticket.
A vanam (small jungle) and a small waterbody were also established inside the museum premises which were inaugurated by S. Sairam, TV and cinema artist and Gautami Vembunathan, stage, TV and film artist. These too will hopefully attract the attention of the visitors.