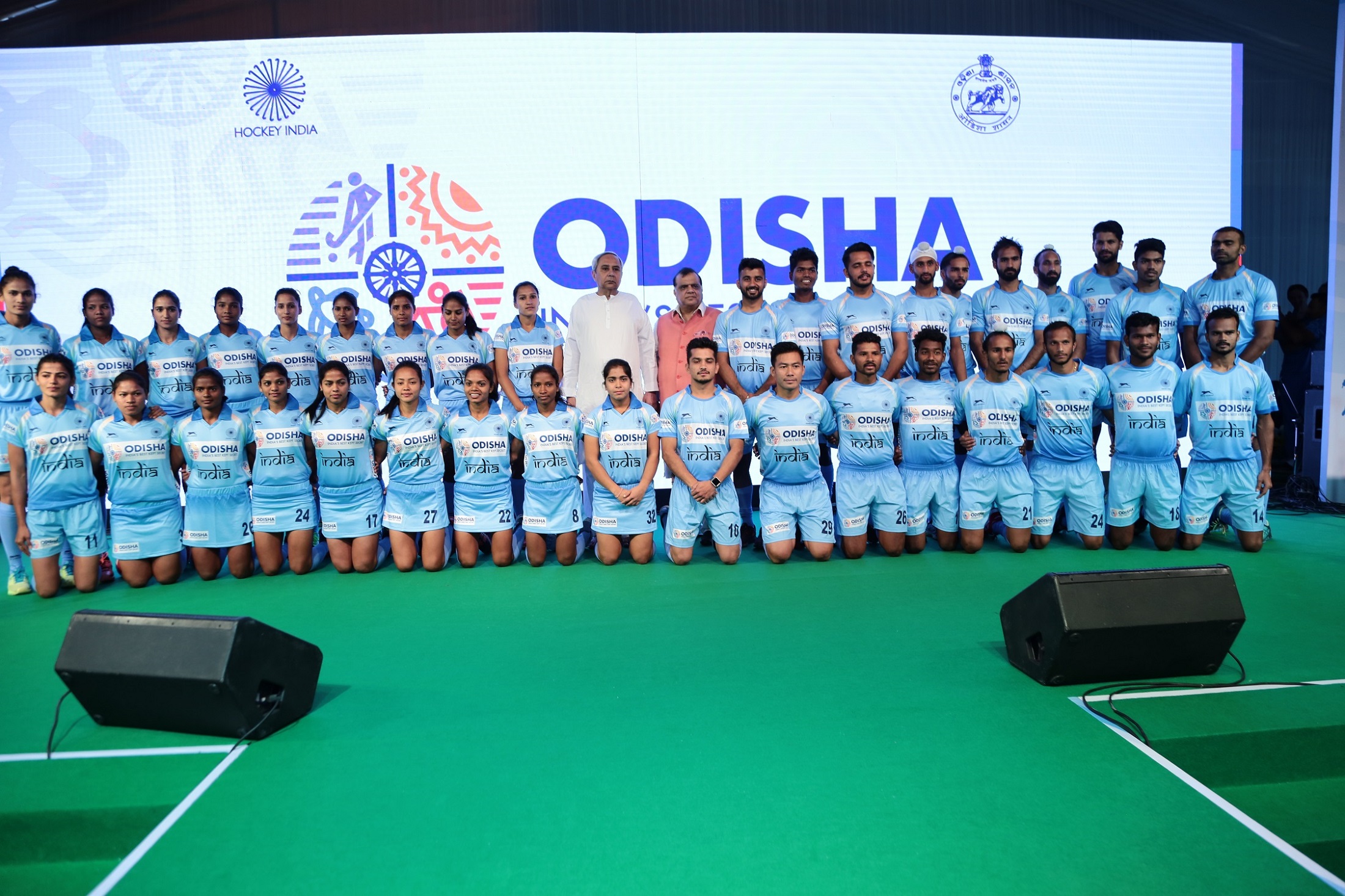 Hockey, despite being the National Game of our country, did not get much popularity and appreciation by the audience as gradually Cricket picked up its pace and made a place in every Television of all Indian Households. To its contrast, a little change in perspective of sports lovers was seen when Women’s Hockey team was encouraged by Bollywood star Shahrukh Khan in the film ‘Chak De India’. 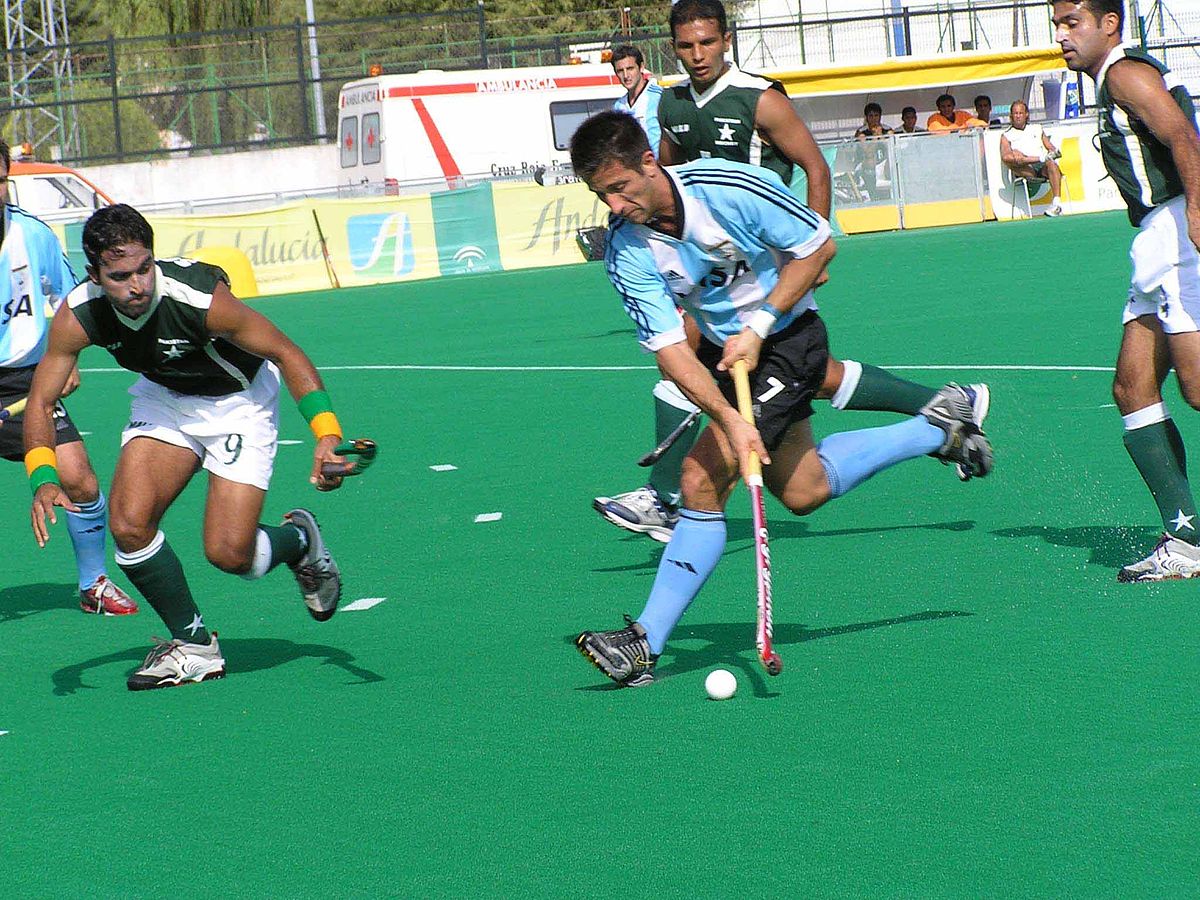 One such ray of hope has been recently shown to the Hockey team of India from the Govt. of Odisha by announcing a first-of-its-kind association with Hockey India for the next five years.

In the event held in Delhi, the state government by showing its full support and pride, also unveiled its logo that will don the new jerseys of both Men and Women Indian hockey teams in the presence of the Honorable Chief Minister of Odisha, Shri Naveen Patnaik who graced the event along with the Indian hockey players of both teams including Dr. Narinder Dhruv Batra, President, FIH and President, IOA and legends of Indian Hockey including Dilip Tirkey, Dhanraj Pillay and Viren Rasquinha.

While talking to media about the new association and logo by Odisha Government, Shri Naveen Patnaik said, “We are delighted at this association with Indian hockey and we thank Hockey India to have given us this platform. Hockey in Odisha is more than a sport; it’s a way of life, especially in our tribal regions, where children learn to walk with hockey sticks. No wonder, Odisha has produced India’s finesthockey talent. This is a first where a state government will not just be promoting a sport within its boundaries but will support and nurture theIndian Hockey Teams. This is Odisha’s gift to the nation.”

The State of Odisha is the cradle of Hockey and has produced various hockey legends like Dilip & Ignace Tirkey and Lazarus Barla in the past, and players in the current team like Birendra Lakra, Amit Rohidas, Dipsan Tirkey & Namita Toppo to name a few.

Under the association given by the state, the players will be provided with state-funded sports hostels and proper diet for the athletes of the men’s and women’s national team. The state is also the proud title sponsor of the upcoming Odisha Hockey Men’s World Cup in November 2018.

On asking about the state of sports in contemporary era and how would the association and state’s support further improvise it, the CM of the respected state replied, “We would like this partnership to help widen the net for Hockey in India and to ensure that all Indians get behind the national sport. We hope that Odisha’s association with national hockey coincides with a golden period for the sport. We are looking forward to all the nations playing the Hockey World Cup in Bhubaneshwar this year. We extend a warm invite to everyone to see team India in action.”

The newly designed logo on the Indian national hockey team jersey is a summation of Odisha. At its heart the Konark Wheel: a symbol of progress and empowerment, the land of the rising sun, the prominent coastline that has, for centuries, been a trade route and even today welcomes the endangered Olive Ridley turtles, the Odissi dance form and of course hockey – which unites the entire state.

Ms. Mariamma Koshy, President, Hockey India said, “We are committed to building and ushering Indian Hockey into a new era, which begins with the team gearing up for the 2018 Hockey World Cup. We are delighted to partner with Govt. of Odisha and we are confident that this association will be a boon for further developing the sport of Hockey in India and bringing more glory to the country. As the team gears up for the Odisha Men’s Hockey World Cup we urge one and all to extend their cheer to Team India and support their quest to bring the World Cup home.”

The Government of Odisha is following a focused approach in nurturing sports. This is being done by way of a well-defined two-pronged strategy: nurture and in-turn create, global athletes. Secondly, make the sport a part of the daily fabric of life, thereby taking it to the grassroots, and, in that, widening the talent pool. 11 disciplines are taught across 16 sports hostels. Six disciplines that have been prioritized are Athletics, Archery, Weight-Lifting, and Badminton as individual sports with Hockey and Football as team sports.