Roll Ball must be included in educational institutions 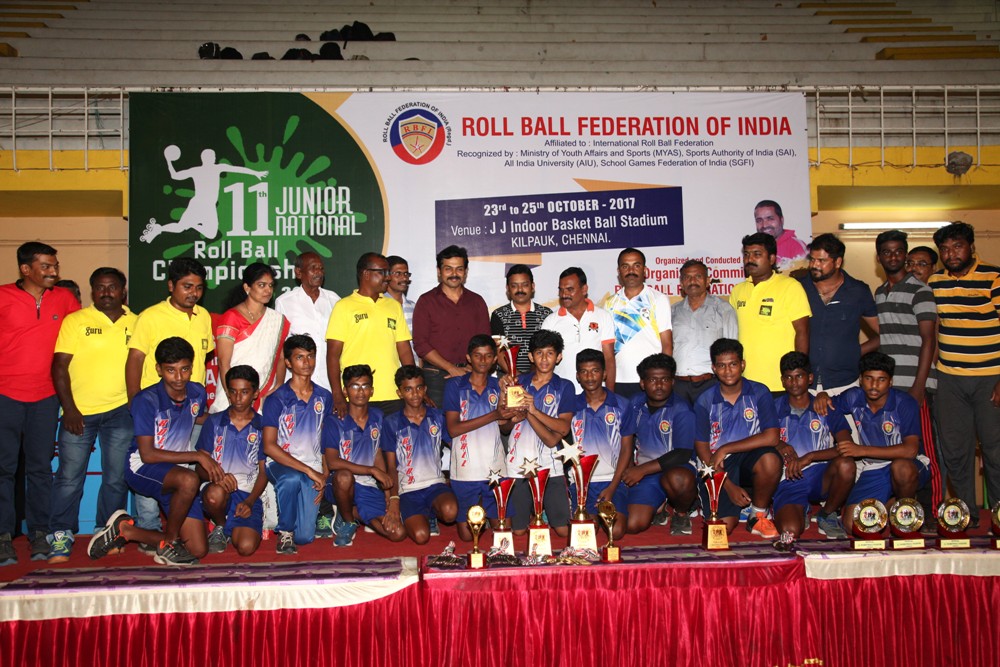 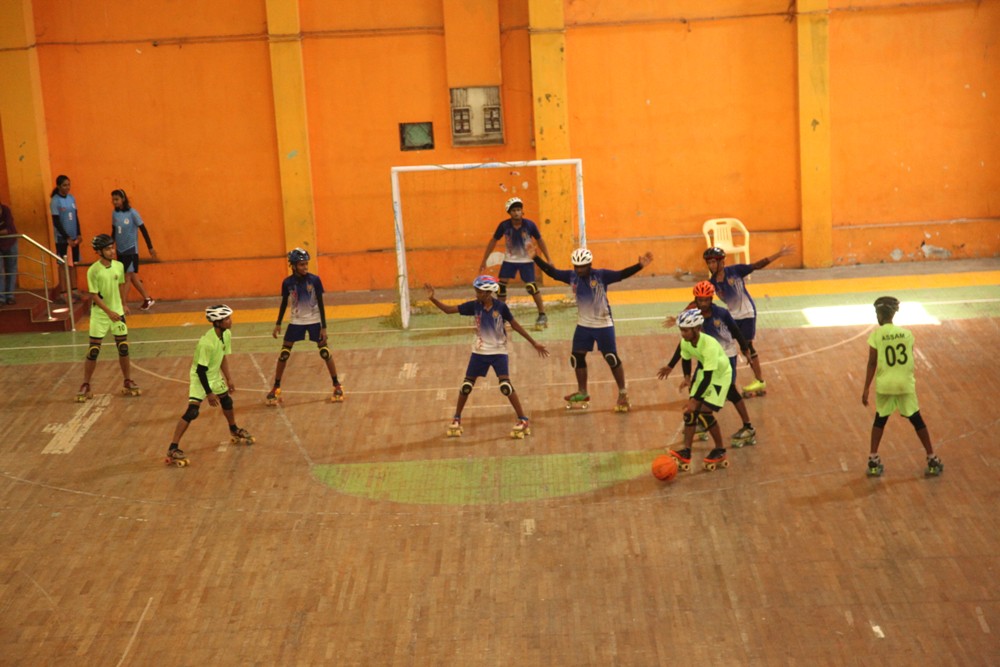 The occasion was graced by actor Karthi who gave away prizes to the winners.  Treasurer of Nadigar Sangam, Manoj Yadav, Vice president of RBFI, Subramaniyam, Chairman of RBAT, Kalyanam, President of Chennai Rollball Association, Nanjundeeswaran, Boopathi and Robin Rajikanthan also participated in the prize distribution ceremony.

M.P. Subramaniam,organising chairman of RBAT points out that the Tamil Nadu youth is well aware of roll ball and there are about 3,500 players. He further said that various universities approved the sport and top players could get admission for higher education in sports quota.

Speaking on the scenario, he said that in Chennai alone, there are about 18 roll ball teams and coaching is available at Shenoy Nagar Park, among others. Stating that many schools and colleges want to train students in the game which cannot be played on regular grounds, he added that the need is to have concrete, wooden or well-laid-out grounds that are uneven as the sport can be played only on concrete grounds.

Roll ball, a new sport game invented by Raju Dabhade of Pune, India, while he was the sports teacher at MES Bal Shikshan Mandir, English Medium School. He is also the Secretary of the International Roll Ball Federation started this game in 2003 and the first tournament was held in Pune, in 2005. Currently, this game is being played in 25 states of India besides several other countries.

Speaking on the occasion, Raju Dabhade said that, “This sport will help students and players interact and exchange cultural values and views. It will also create a sense of unity and brotherhood between them and the game should be promoted across the country and make this game popular among school and college students.

How is the sport played?

Roll ball is a sport similar to basketball or handball that is played on inline roller skates. The play consists of two teams of six players each, five field players and a goal tender. Players move toward the goal while dribbling or passing a ball similar to a basketball, with the aim of throwing the ball into a goal at each end of the court. The team that is able to score more goals wins. There are two referees in a match. The ball can be held in either one or both the hands, even during passing and shooting. Player interaction is similar to basketball in that a player must dribble the ball while carrying it. A player may dribble, pass or throw the ball with single or both the hands. It is a violation to run or roll with the ball without dribbling or to deliberately kick or block the ball it with any part of the leg. To accidentally come into contact or touch the ball with the foot or leg is not a violation. Players may also not strike the ball with a fist. Foul rules are similar to those of association football, including the use of yellow cards and red cards.