2018 Asian Games Bronze medallist Sathiyan Gnanasekaran added yet another feather to his cap on Wednesday as he sealed a comfortable 4-0 win over Ukraine’s Yevhen Pryshchepa to clinch the return from the ITTF Czech International Open with the men’s singles title. Sathiyan, ranked 39 in the world, was in fine form as he beat Yevhen 11-0 11-6 11-6 14-12 in the summit clash. The Ukrainian, ranked 111 in the world, had four game points in the fourth game, but Sathiyan saved them all to put an end to the tie. 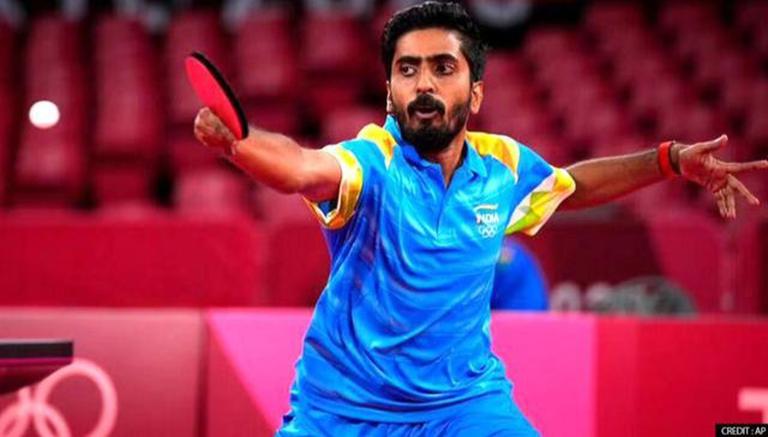 Earlier, the 28-year-old Indian table tennis ace had made it to the final after Sweden’s Truls Moregardh retired hurt midway through their last-four clash. Sathiyan was in fine form in the semi-final clash, and clinched the first two games with relative ease, winning 11-4, 11-8. The Indian paddler was leading the third 8-2 before his Swedish counterpart opted out with an injury.

Sathiyan Gnanasekaran said that there was pressure on him to succeed as the top seed, and winning the final was something he was proud of despite it being a WTT feeder series. The 28-year-old Indian table tennis star said that the win was special as it came four years after his ITTF Challenge win in Spain. Sathiyan also claimed that he could see his “old instinctive self”, and loved the way he played and dominated throughout the tournament.

The ITTF Czech International Open win marks his second recent success after he clinched the mixed doubles title at the WTT Contender in Budapest with partner Manika Batra. The duo claimed an 11-9, 9-11, 12-10, 11-6 win over Hungarian stars and home favourites Nandor Ecseki and Dora Madarasz in the summit clash. Sathiyan Gnanasekaran and Manika Batra had clinched an upset win over World No. 7 Barbora Balazova and Ľubomír Pištej from Slovakia 11-4, 3-11, 6-11, 11-6, 11-9 in the quarterfinals.

The win is monumental for the Indian table tennis stars as they don’t often pair up for doubles. Batra partnered with veteran Sharath Kamal in the Tokyo Olympics but returned to Sathiyan with the Asian Games, Commonwealth Games and the 2024 Paris Olympics in mind. Manika Batra and Sathiyan Gnanasekaran had successfully paired up during the 2018 Gold Coast Commonwealth Games, winning the bronze medal.