T-20 Cricket to get Bigger and Better 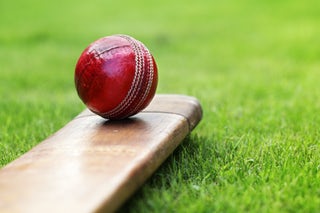 To propagate T-20 format across the world and provide a fillip to the existing enthusiasm and energy of limited overs cricket, T-20 Global League South Africa is being conceived with an amalgamation of 400 players from 10 countries. With the player draft scheduled for 19 August 2017, eight T-20 team owners across the world and eight protea marquee players have been assigned to a team on the basis of the city they have historically been associated with or a city they will be able to build a strong association with. Alongside the Protea marquee players, eight International marquee players that were previously announced will help drive the global spirit of competition as the franchises battle for the top spot.

Announcing this recently at London’s Bvlgari hotel, cricket South Africa (CSA) officially announced the successful eight Team Owners who in a clear vote of confidence in South Africa’s new T-20 Global League have earned the right to be part of the cricketing history.

“The announcement of the team owners is a key milestone to successfully launch our T-20 Global League,” commented CSA Chief Executive, Haroon Lorgat. “We are thrilled by the international mix of owners and the passion and excitement that was clearly demonstrated during the bidding process by them and the marquee players. It sets up our #T-20 GL as fans favourite in the cricketing calendar.”

EY (previously known as Ernst & Young) conducted the team owner selection process to ensure integrity, compliance and due diligence by involving both CSA and potential owners.

“Competition was stiff, with more than 150 Expressions of Interest (EOI) received from around the world and a shortlist of heavy hitters to consider, but after rigorous discussions and engagement with each of the potential owners, we are certain that our final eight owners have the perfect combination of strategic insight and passion needed to make the first T-20 Global League a complete success,” said CSA President, Chris Nenzani.