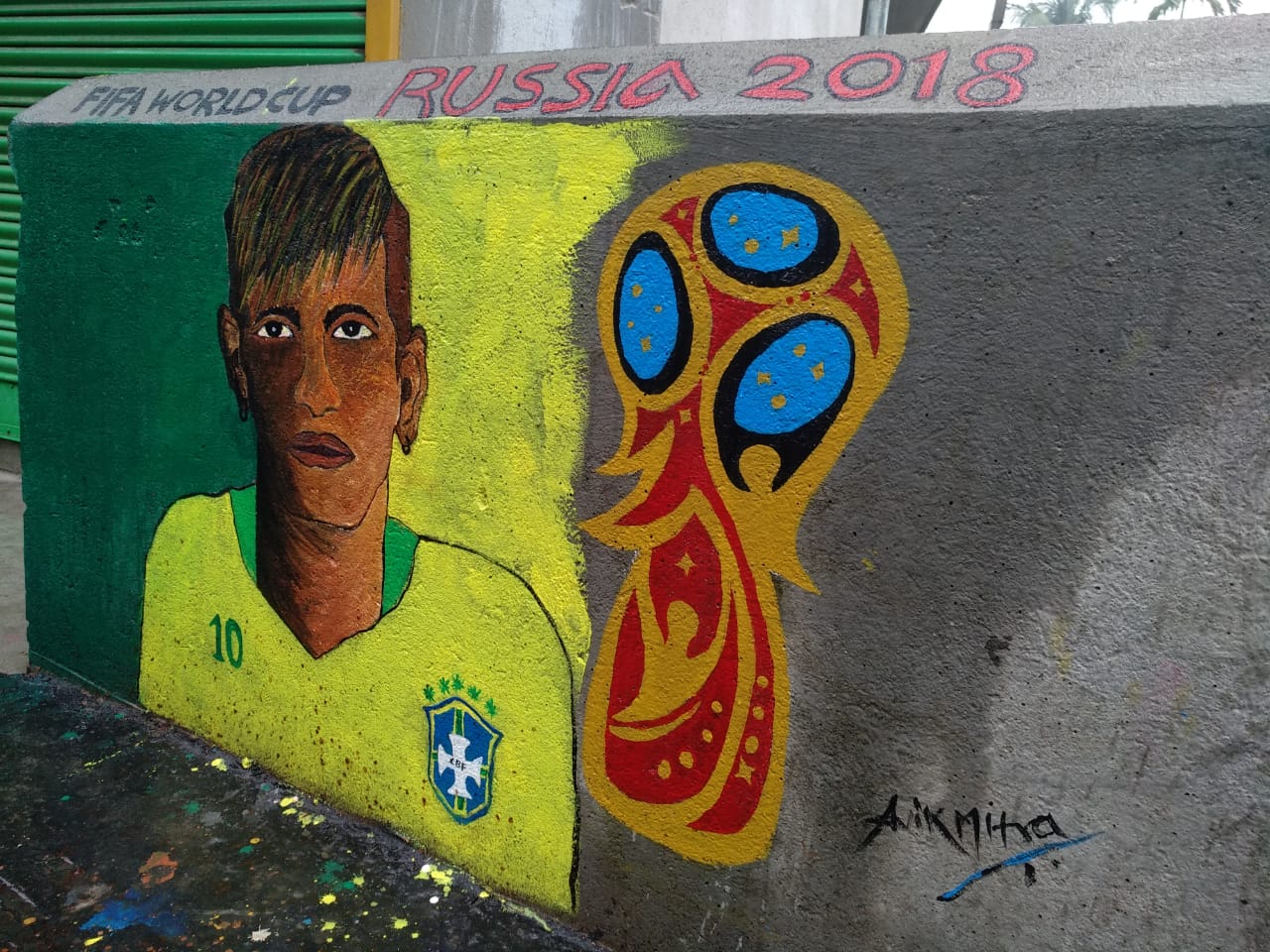 Some people think football is a matter of life and death; I can assure you that it is much more serious than that.

-Bill Shankly (Scottish footballer, best known for his time as manager of Liverpool)

14th June,2018 marked the beginning of the World Cup and following the long living tradition of the Bengalis, they have yet again come forward supporting their favourite teams in traditional style. It is during the Fifa World Cup that Kolkata severely suffers from an epidemic. Some supports Argentina, some Brazil and some Portugal but the crazy is unparallel in India.

Football lover Karnak Roy said, “I always suffer from indecision when it comes to World Cup. A player whose play is responsible for my late nights and late for office in the mornings during the World Cup he is the prime player of my opponent team. Yes, I am talking about Messi and I am a Brazil fan. And Messi’s luck is bad too. He tries hard, goals, assists and takes his team to the finals almost on his own and during the world cup when Argentina loses to a team abiding by the rules of football, Messi is only blamed for it. It is not new.” Such is the emotion and empathy that works in a Bengali mind on the event of football World Cup. 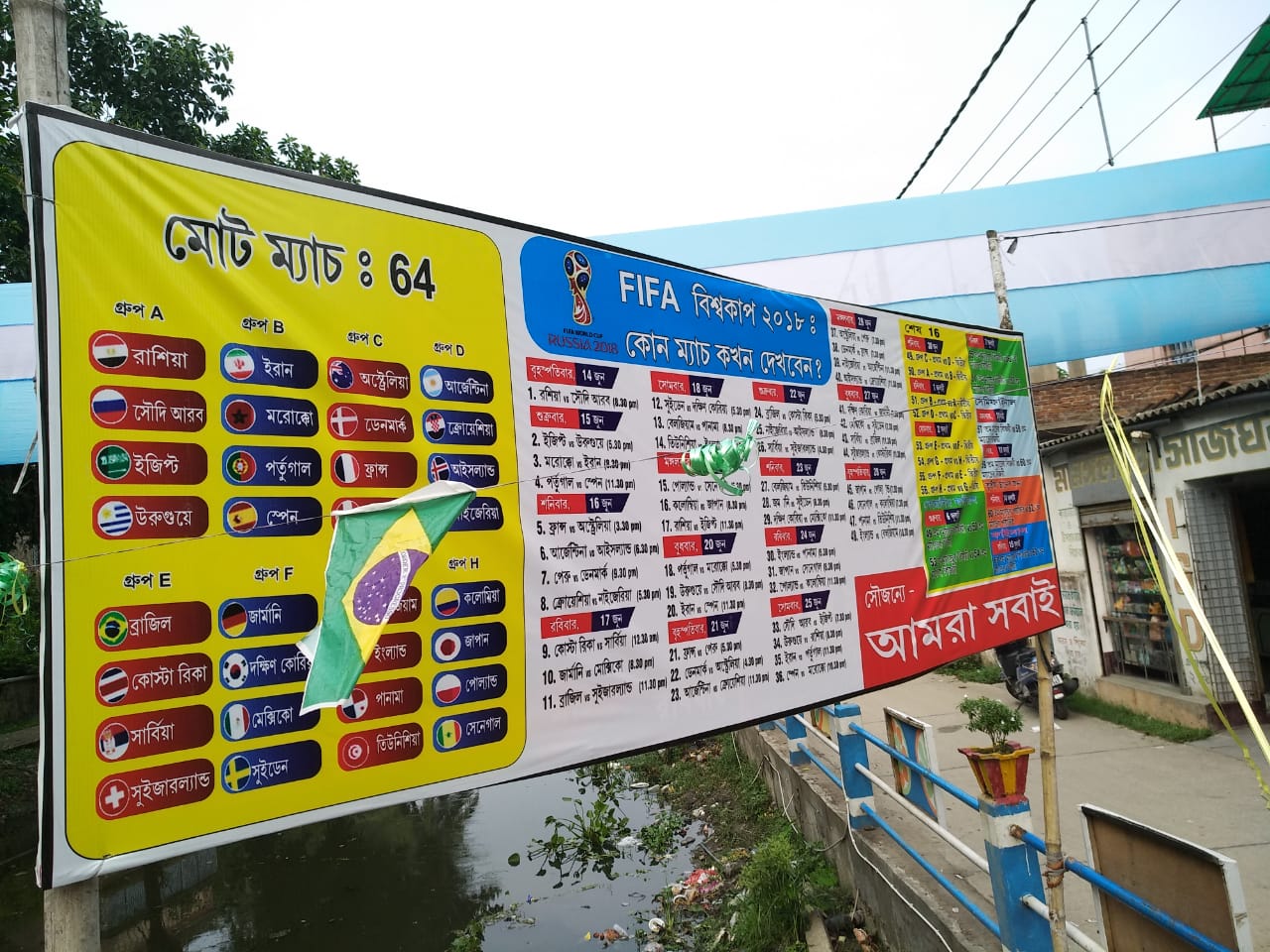 Kolkata is known as the hotbed of Indian football with country’s die-hard football fans supporting their favorite country with great pride. Not just confined to the fanatical fan following enjoyed by rivals East Bengal and Mohun Bagan, Kolkata lives and breathes football with teams from all over the world and it gets better and bigger during the mother of all sport events, the Fifa World Cup.

With time, people got more and more involved in online forums engrossed on social networks. Owing to the growth of social media, the city’s traditional enthusiasts from different paras (neighbourhoods) playing football has somewhat vanished but it reemerges during the World Cup season. “I remember watching East Bengal v/s Mohun Bagan in a black and white TV with kids from all over the neighborhood. These games helped foster the bond within our community and enhance togetherness while cheering for our favourite teams,” recalls 65-year-old, Sapan Ghosh going down memory lane. 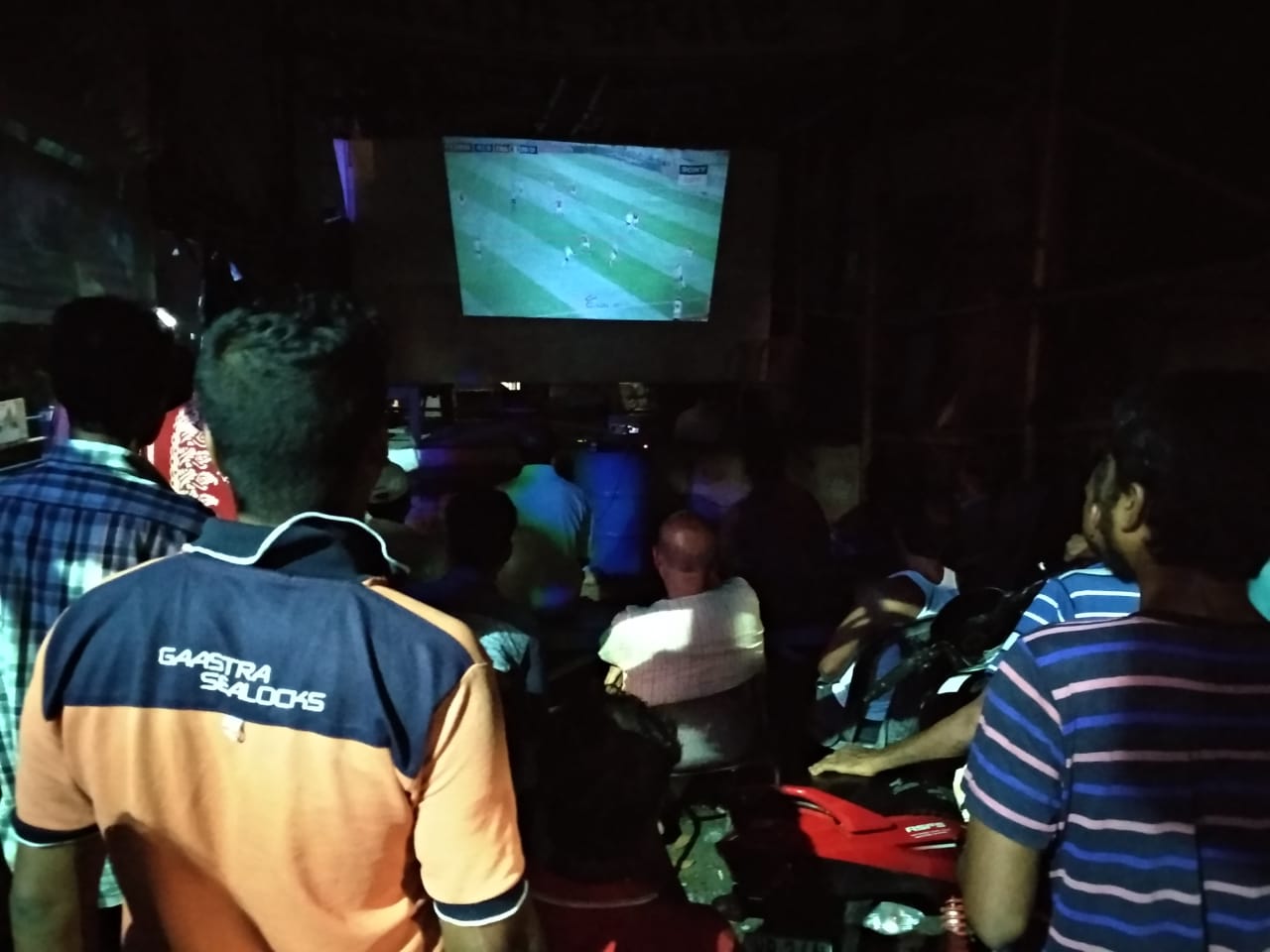 With the start of FIFA 2018, fans in Kolkata have geared up for the show in their own unique style. The heritage town and the ‘City of Joy’ is unique in its way in the country for the way tradition and modernity blends during the World Cup season. Graffiti of football players on the walls to flags of favorite countries in balconies, rickshaws, petty shops, tea stalls still takes you back to the time when World Cup fever was in the air and veins of every Bengali and the mood was still bigger than what technology has to offer. This is the time when Kolkata and many parts of West Bengal resembles the streets of Brazil and the schedule of the matches erected on street corners cheers up the mood of the working class.

When it comes to the old school feel of the Fifa World Cup, Kolkata still leads from the front in exhibiting its passion and craze for the game. “Brazilian and Argentinian fanatics overflows in Kolkata. Jerseys, T-shirts, badges, scarfs, gymsack, kites with flags of national teams of participating teams are all in demand,” claims Ranjan, who is owner of a small shop selling jerseys and flags of various football teams.

Giant screens have been installed in all kinds and size of shopping complexes and streets across the town. Mohan Sarkar, organizer of late – night community feasts, shared, “A lot of people are supporting Argentina, and flags flutter from rooftops with Messi cutouts standing tall. With Cristiano Ronaldo’s spectacular performance so far, there are flags of Portugal and portraits adorn the walls across the city. Football is one game that can bring even the political arch-enemies together. If more and more people get involved and becomes sport enthusiasts, half the problems of the states will be solved,” added Sarkar. 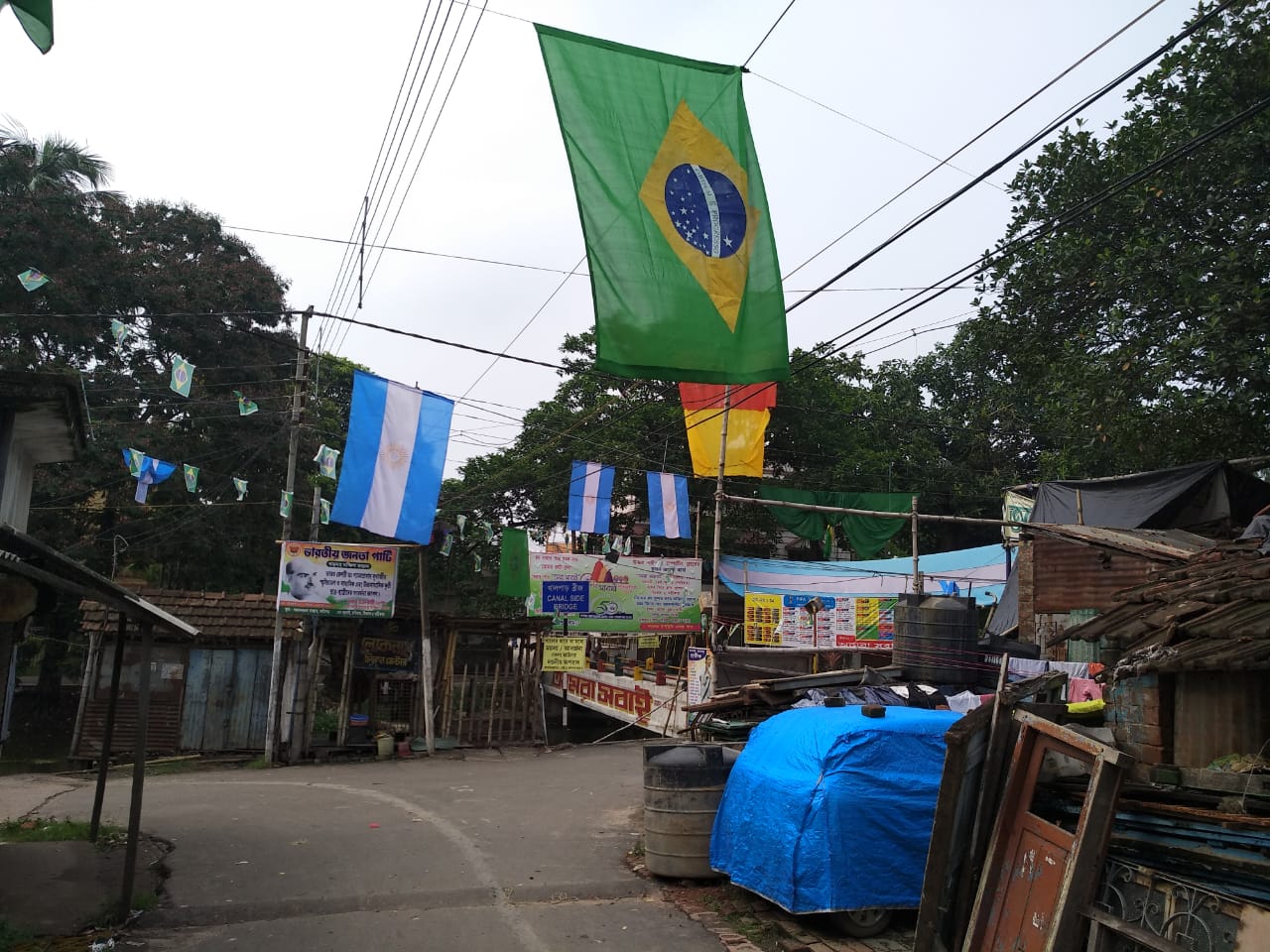 Not to forget that Kolkata is famous for its sumptuous sweets, confectionery shops are selling custom-made cakes and sweets inspired from flags of participating countries. “We Bengalis are crazy about FIFA World Cup. That’s why we have made sweets based on it. The customers love them,” says Mondal, a shop owner.

Football fans are glued to their television sets since the start of World Cup. West Bengal already tops the list of viewership markets with North-East, Maharashtra and Kerala. Special screenings are organized in sports bars and restaurants with eateries doling out custom menus to make the sporting event more memorable for football lovers.

Bengali gets drowned in football. The flavorful and excited discussions at the tea stalls are enveloped by it. If some Mohammed Salah scores a goal people irrespective of religion cheer for it. It feels as if only football can bind all of us irrespective of religion, caste and color. 736 players, 32 national teams, five continents, and the game of games, the FIFA World Cup.