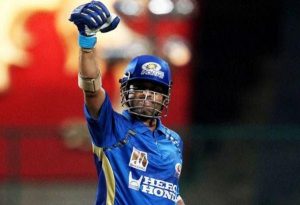 Sachin Tendulkar had an illustrious career when the storm of T20 format came knocking on the doors of cricketing World. He has made his fan following not only in India but also all over the World with his flair in cricket and batting, which took India to the next level in cricketing World.

Remembering a legend like him is never boring and finding, listening, and reading the same achievements of the legend is fun every different time. Also, playing in the IPL from Mumbai Indians was always a pleasure for Mumbai. So, let’s relive some of his best IPL innings 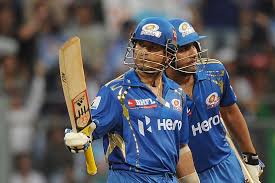 In the 2010 IPL, when Wankhede Stadium was under maintenance and Mumbai Indians had to shift to Brabourne Stadium. MI was playing the game against CSK, and they got it to bat first scoring 180 runs.

Legend in this game gave his out of mark performance scoring 72 runs from 52 balls, smashing eight fours and one six and taking the team towards a win. The most important and interesting part of this match was, Sachin guided his team masterfully through a tricky chase, and his mastery over the spins. The legend fell at 19th over leaving the team at 9 runs from 10 balls.

Facing Rajasthan Royals in the 45th match of that season (2010) IPL in Jaipur, MI was not on a pace losing many of the batsmen. Sachin took bat, and bat for MI with a wonderful Pitch first stabilizing innings and team and rocketing the performance with two sixes and ten fours taking the team to score 174. Tendulkar ended up on 89 runs from just 59 Balls.

One and only T20 match against the short lived team of IPL franchise KTK, in 2011 at Wankhede Stadium. MI met them batting first and Tendulkar smashed 100 runs from just 69 balls cracking out twelve fours and three sixes at a strike rate of 151.51. Though, Mumbai Indians didn’t make it to win, but legend’s 100 made it a cherished memory for his fans.