Rohit Gurunath Sharma is an Indian International cricket player, playing for Mumbai Indians in IPL (Indian Premier League) and plays domestic cricket for Mumbai only. He is a right-handed batsman and an occasional right-arm off break bowler.

Rohit Sharma made his IPL debut in 2008 with Deccan Chargers. And then proceeding forward in life he is Mumbai Indian Captain and a very important cog in MI’s wheel. Rohit is the third highest run scorer in IPL with 4898 runs in 188 matches. The hitman has the record of 1 century and 36 half-centuries with 194 sixes and 431 fours in IPL. Some of his best IPL Innings are as follows:-

Playing against KKR ( Kolkata Knight Riders) in 2012 IPL at Eden garden, he made his first century in IPL history and scored 109 runs in just 60 balls not out!!.. smashing 12 fours and 5 sixes. That was the match when Sachin Tendulkar got off the ground at just 2, Rohit handled the match winning Man of the Match and defeated KKR by 27 runs.

Playing against Kolkata, in 2015 Rohit completed his 3,000 runs in the IPL and became the second player to the milestone after Suresh Raina scoring 98 runs in just 65 balls. Though, he couldn’t make Mumbai Indians win but made a memorable history for himself in the first match of that season.

Completing 94 runs in just 54 balls made MI ‘s first victory of that season in their own home ground Wankhede Stadium defeating Royal Challengers Bangalore by 46 runs. He smashed five sixes and ten fours and won the player of match award.

Scoring 50 runs from 26 balls with the strike rate of 192.31 unbeaten in 2015 finals against Chennai Super Kings, Rohit made second title for the team. His brilliant half-century made Mumbai Indian to 202 runs and made a man of the match for himself again.

Playing against Kolkata Knight Riders from Deccan Chargers in 2019, when team was under pressure as Deccan Chargers needed 21 runs from just a single last over, Rohit had a burden on his shoulders and resolved it my smashing two sixes and two fours making a win title for the team and man of match for himself, he proved his skills again. 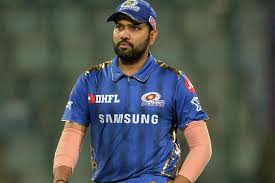