60 Solar Cities to be developed across country; More than Rs 100 cr. funds sanctioned so far 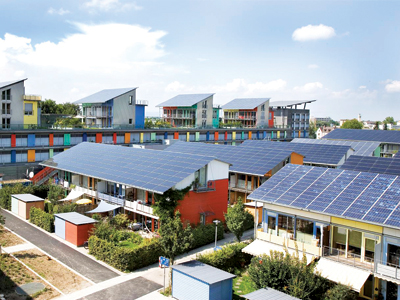 For the 12th Five-year Plan period, 60 Cities including 13 Pilot and 5 Model Cities has approved by Ministry of New and Renewable Energy under its scheme “Development of Solar Cities. Sharing this information in the Rajya Sabha recently, Minister of State (IC) for Power & New and Renewable Energy, Mr R K Singh informed that the master plans of 49 Solar Cities have been prepared.  The Stake-holders Committees have been constituted in 21 Cities and Solar City Cells have been created in 37 Solar Cities. Solar PV projects with aggregate capacity of 8069.16 kWP and Solar Water Heating System with aggregate capacity of 7894 meter square collector area have been sanctioned under the programme. While Rs. 101.64 crore has been sanctioned, Rs. 25.92 crore has been released under scheme “Development of Solar Cities” so far.