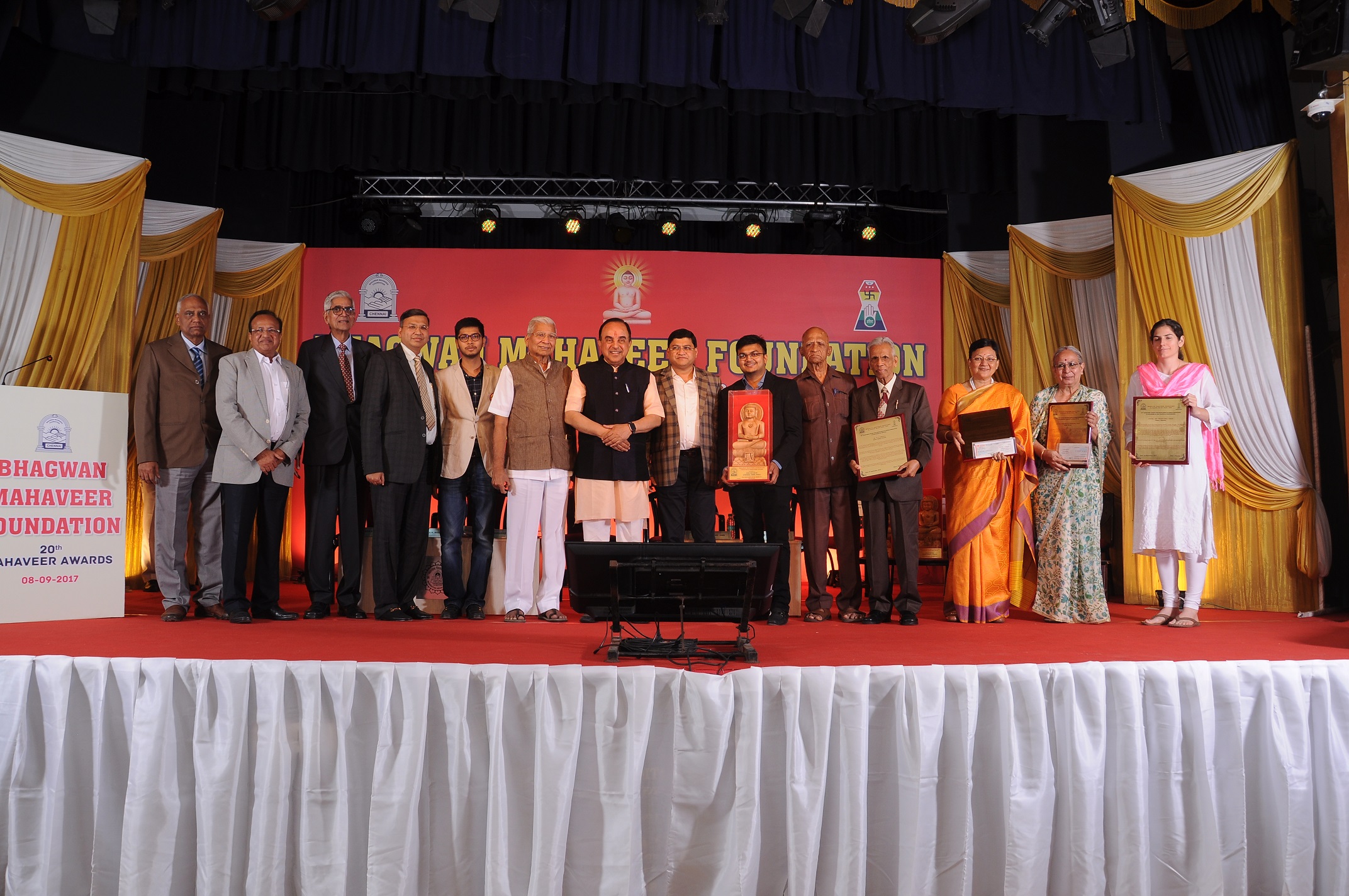 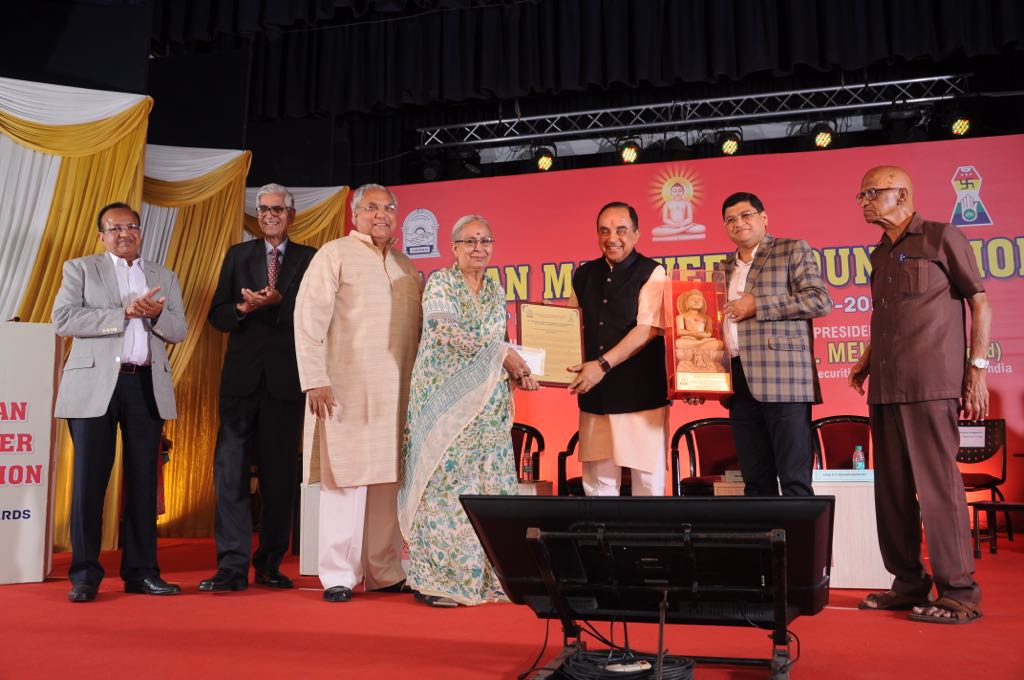 A person who truly believes in religion can never be communal said Rajya Sabha member Subramanya Swamy while delivering a lecture at the 20th Mahaveer Award function, organised by Bhagwan Mahaveer Foundation at Chennai recently.

He further said that Indian born religions like Hinduism ,Jainism Sikhism etc teach values such as service, knowlwdge and a spirit of sacrifice.

Deliberating on the agenda of the present Indian Government the Rajya Sabha member said that development is a key issue of governance and added that the importance given to issues like Triple Talaq drives home the above mentioned point.

The awardees are decided by an eminent Selection Jury headed by Justice Shri M. N. Venkatachaliah, Former Chief Justice of India. There are a number of good Samaritans ceaselessly serving the weak and the voiceless in our society without seeking recognition and unmindful of any rewards. The Foundation has identified such entities and honoured them in formal functions. Eminent personalities of our country like the President of India, the Vice President of India, Governors, Chief Minister and Ministers have given away the awards.
So far 63 awardees from 17 States and 1 Union Territory have been honoured in recognition of their very high standard of selfless service for the welfare of the underprivileged.

The Foundation considered 367 nominations received from all over the country for the Twentieth Mahaveer Awards. The Selection Jury met on 15th April 2017 at Bengaluru. The names of the awardees are as follows:
For Excellence in the sphere of Non-Violence & Vegetarianism
Animal Aid Charitable Trust, Udaipur, Rajasthan

For Excellence in the sphere of Education
AIM ForSeva, Chennai, Tamil Nadu

About the foundation: Bhagwan Mahaveer Foundation was established by Shri N Sugalchand Jain in 1994 to identify, encourage and honour the individuals and institutions who are doing selfless service for the welfare of the underprivileged and the weak in our society. With a view to focus public attention on the activities of these altruistic persons and encourage others to emulate them and take up the community and social services, the Bhagwan Mahaveer Foundation has instituted the  Mahaveer Awards which is given every year. The awards are given for excellence in a human endeavour in the fields of Non-violence & Vegetarianism, Education, Medicine and Community & Social Service. The awards carry a cash component of Rs.10 Lakhs each with a memento and a citation. The Foundation has ensured that the individual awardees are exempted from income tax on the cash component under Section 10 (17- A (1)) of the Income Tax Act. This enables the awardees to utilize the award money in full for the noble cause. Nominations in the prescribed format are invited from around the country, enlisting the help of district administrators, legislators, bureaucrats, educationists, media, social workers, parliamentarians and other eminent people.  Nominations are received every year from almost all the States in the country.