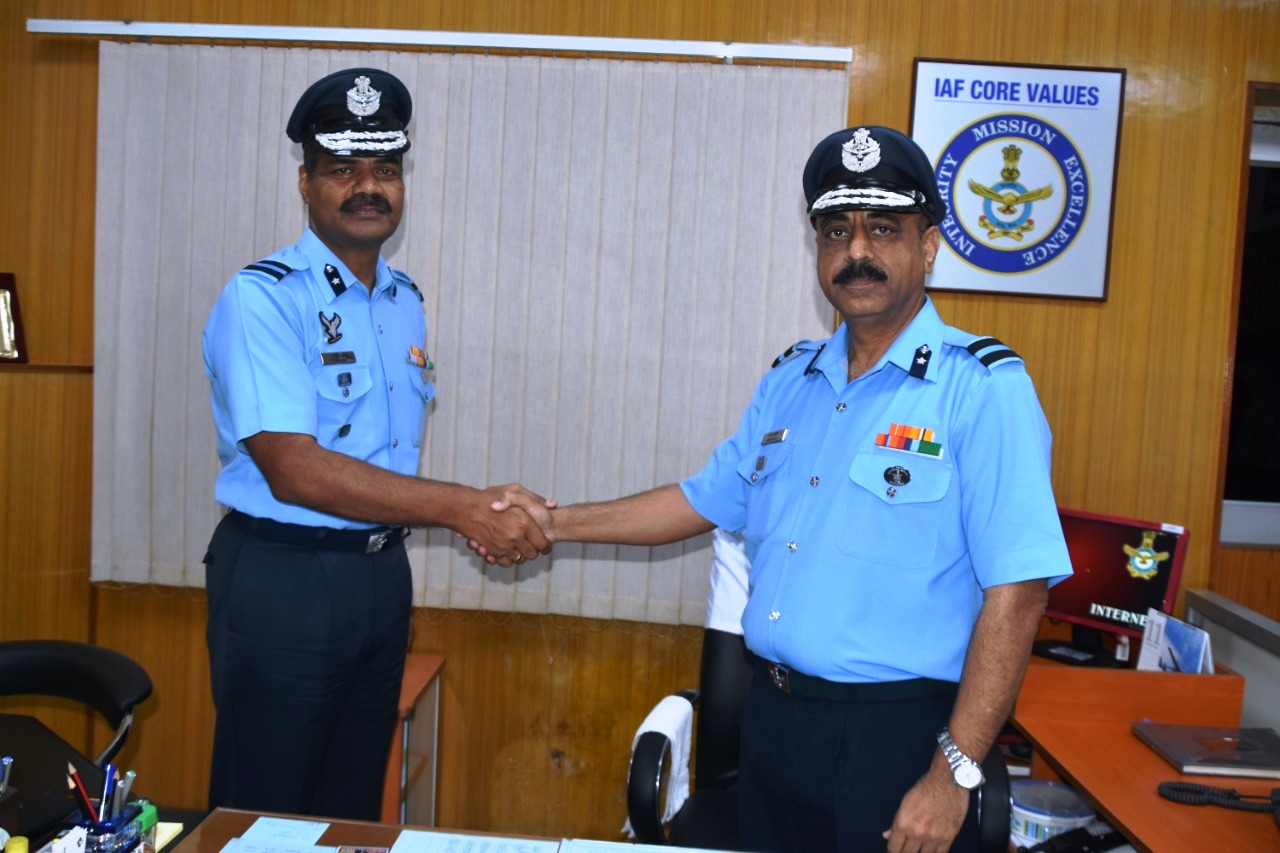 AFS Avadi gets a new chief

Air Commodore J Rajendra took over the Command of Air Force Station at Avadi from Air Commodore Amar Ahuja on 1 November. According to sources in Defence Ministry, Air Commodore J Rajendra was commissioned into the Indian Air Force on 6 December 1985. He is a graduate in law. Prior to assuming the charge at Avadi, the officer held a number of important positions.
Air Commodore J Rajendra was Commanding Officer, HQ Western Air Command (Unit), he was also chief administrative officer at Air Force Station in New Delhi and joint judge advocate general (Air) at Air Head Quarters.
He also held the position of Chief Personnel Staff Officer at Headquarters Training Command, Bangalore. J Rajendra is an alumnus of Defence Services Staff College (Wellington) and Air University of United States Air Force in Alabama.
He has also been awarded Vishisht Seva Medal by the President of India in 2008. Rajendra is an athlete, cricketer and a national level Chess player. He is married to J Sarada who has taken over the responsibilities of president Air Force Wife’s Welfare Association’s local unit.
Commodore Amar Ahuja gave the charge during an impressive parade displayed by the air warriors of the station will assume charge on promotion as Assistant Chief of Air Staff at Air Headquarters.
Amar Ahuja is a science graduate from Garhwal University and hails from Dehradun and was commissioned in the Indian Air Force on 21 December 1984. True to military tradition, he meticulously implemented various innovations in the station keeping motto of IAF ‘People First, Mission Always.’
He is known for his measures when cyclone Vardah struck Chennai, they ensured minimal loss of material and no injury to men and families at the base. His foresight, precision, planning and professionalism ensured No. 23 Equipment Depot at the base was djudged as the best equipment depot in Indian Air Force during last year.