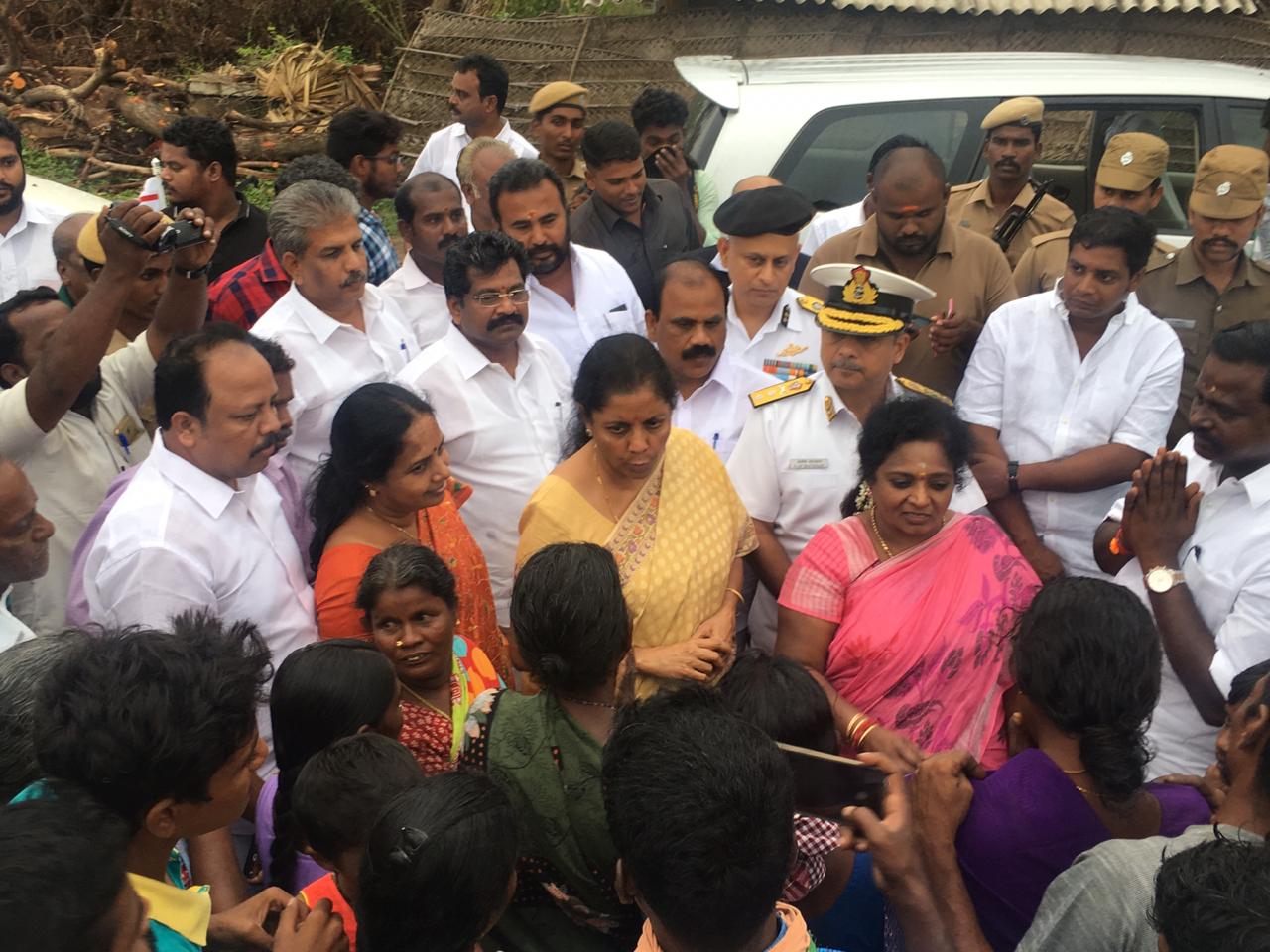 Union Minister of Defence Nirmala Sitharaman visited the areas of Nagapattinam that were affected by cyclone Gaja on 29 November. She conducted an aerial survey of the devastation caused by the cyclone in Kodiyakkarai. The minister reviewed the relief operations executed by the Indian Navy through air, road and sea on the worst hit village of Arucottuthurai.
She interacted with the local villagers to understand their concerns and subsequently addressed the media on her visit. Rear Admiral Alok Bhatnagar, Flag Officer Commanding, Tamil Nadu and Puducherry Naval Area and senior Officials of the state administration accompanied Defence Minister 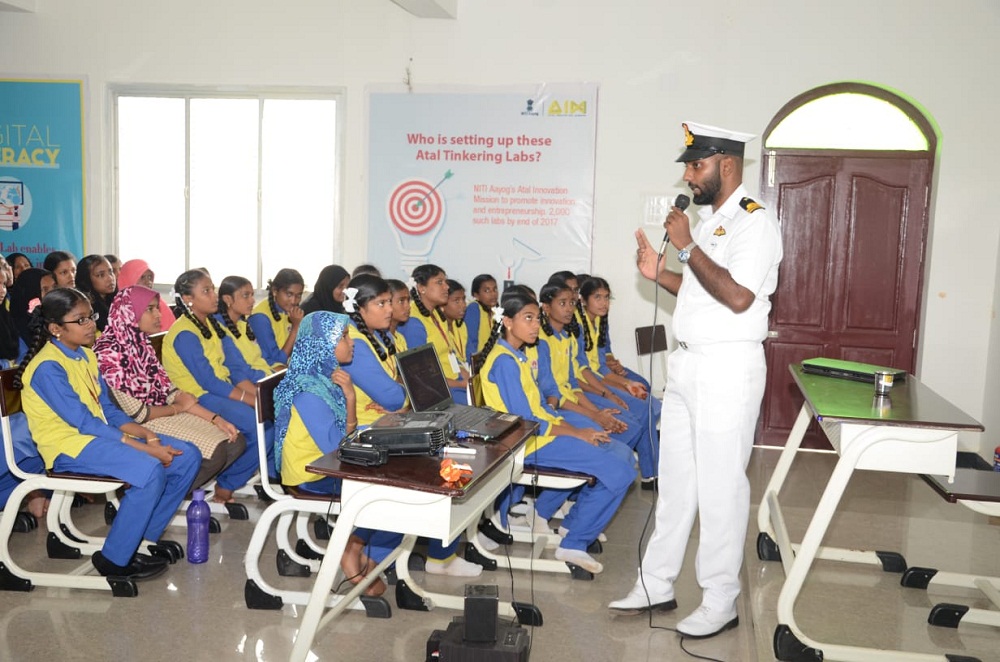 Students motivated
Students of National Higher Secondary School of Ramanathapuram district got inspired, thanks to Indian Navy. Team from INS Parundu visited the educational institution and motivated them to have a positive attitude, develop in themselves a culture of service before self and foster the spirit of nationalism.
Speaking to the students on 28 November, naval personnel poured in them an idea of considering armed forces as a career option. Joining armed forces is the right way to serve the motherland, they said.
The team elaborated the importance and roles of the armed forces and motivated the enthusiastic participants on the values of dedication, hard work and discipline in order to succeed in life.
The response to the talks was overwhelming and the students were looking forward to serve the nation. The young minds were also keen to learn about various entry schemes for joining the armed forces and the Indian Navy in particular.