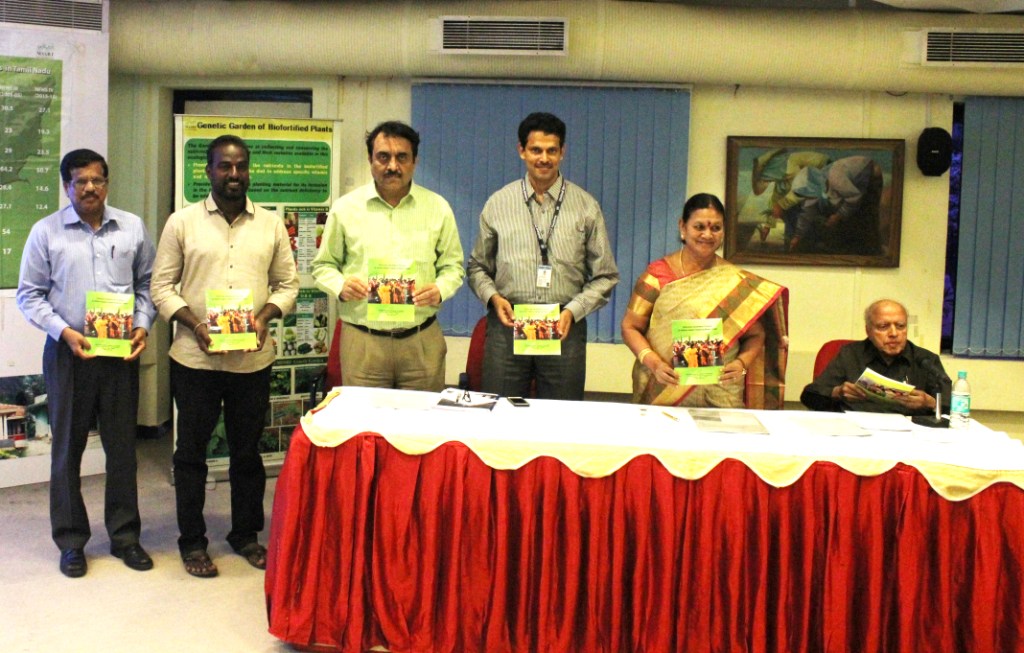 Speaking on the occasion the Minister for Social Welfare and Nutritious Noon Meal Programme, V Saroja said, Tamil Nadu that is a pioneer in several nutrition initiatives would take up with great urgency, new efforts to tackle malnutrition in the state. “The World Bank has lauded Tamil Nadu for its efforts in nutrition. However, in spite of excellent PDS and schemes like fortified salt, we still need to take up food-based initiatives to address malnutrition. We need to make all efforts to include millets in the PDS at the earliest.”

Under the Food Security Act, millets have been provided for inclusion in the PDS, but this is yet to be fully implemented in many states including in Tamil Nadu. The minister said she would also discuss revision of ‘Malnutrition Free Tamil Nadu’ policy with inter-sectoral convergence. With Prof M S Swaminathan’s guidance, Tamil Nadu was the first state to put together such a document in 2003 facilitated by MSSRF.

Prof Swaminathan launched a ‘Genetic Garden of Biofortified Crops’ at MSSRF that aims to provide planting material and awareness of plants based on their nutritive property such as Vitamin A-rich plants, iron-rich plants etc. 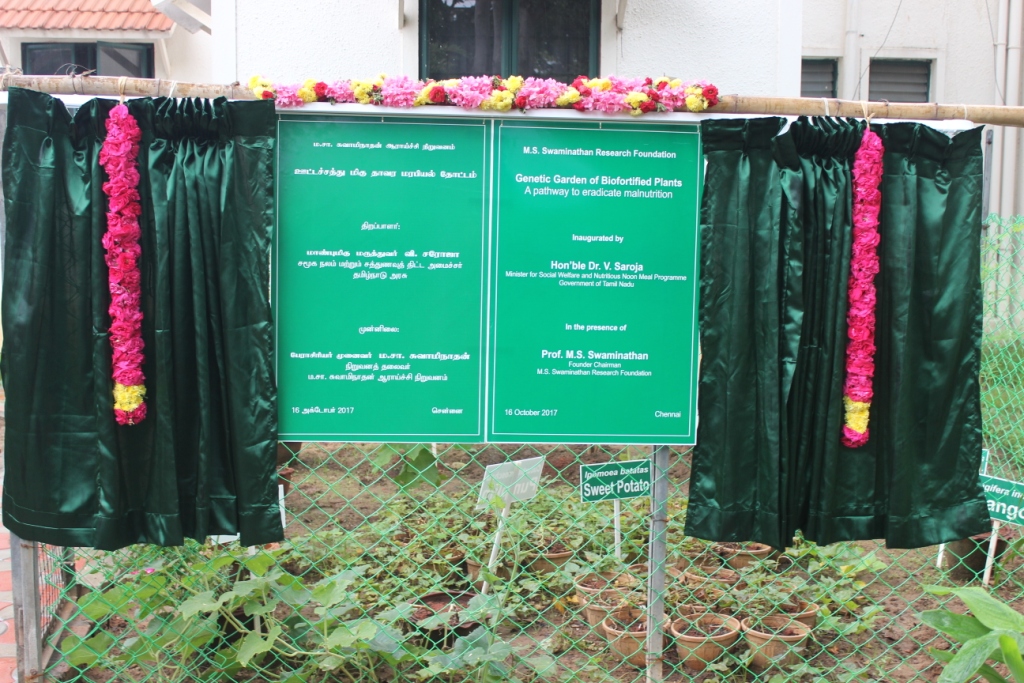 The minister declared that Tamil Nadu with its rich talent in scientists and committed people could be a role model for South Asia.

Job Zachariah, Chief UNICEF Office for Tamil Nadu and Kerala, spoke of the need for inter-sectoral convergence in order to achieve nutrition goals.

G S Toteja, Senior Deputy Director General, Indian Council of Medical Research Government of India, shared India’s progress in nutrition over the past several years but still needed more action, especially at the micro level. For this, a new initiative on ‘Malnutrition Free Districts’ was being rolled out by ICMR in partnership with ICAR, DBT and MSSRF in three states of India as a model district-level project.

R Jegannathan, Proprietor Nallakkeerai spoke of how it was possible for a farmer to get a net profit of Rs 20,000 per month from 20 cents of land. Also, there was a daily demand for over 10 lakh bundles of greens (varieties of spinach) in Chennai and this could be met by encouraging peri-urban horticulture & livelihood for rural communities.

V Selvam, Executive Director MSSRF appealed to the Government of Tamil Nadu to revive their Malnutrition Free Tamil Nadu document. A monograph on the Mahila Kisan Sashaktikaran Pariyojana in Vidarbha was also released on the occasion.