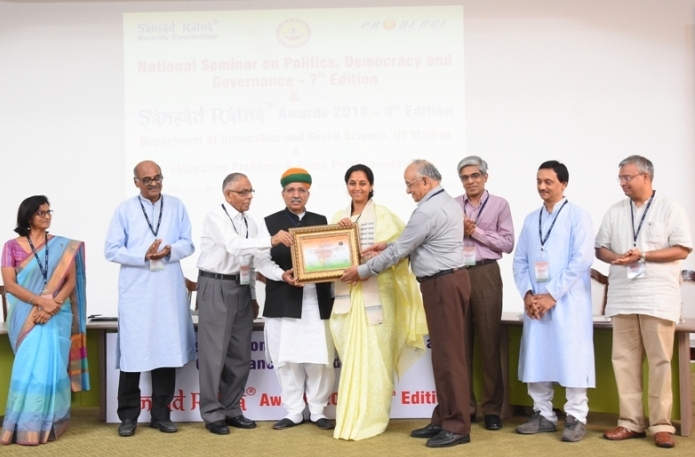 Five MPs from Maharashtra and one from Orissa belonging to different parties today won the best parliamentary performance award from a civil society organisation and an NGO Prime Point Foundation even as former Karnataka CM and veteran Congressman Dr M Veerappa Moily, Chairman of Parliamentary Standing Committee on Finance won a special award for heading the parliamentary standing committee on finance in the 16th lok sabha which concluded recently. 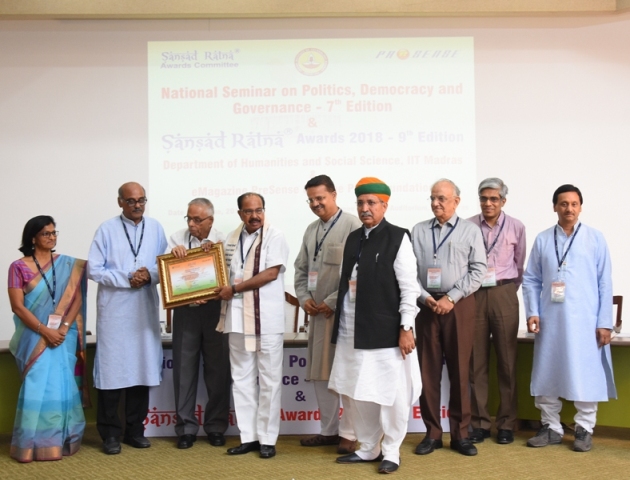 The sansad Ratna Awards 2018’, instituted nine years ago by a Chennai based NGO which also runs an eMagazine PreSense, has been giving these awards based on inputs received by parliament and the PRSI. The awards were instituted at the instance or suggestion of the late president Dr APJ Abdul Kalam as civil society recognition for MPs outstanding performance in the Parliament.

The selection of individual awardees is based on the performance parameters like initiated debates, private members’ bills, questions raised and the attendance in the House.

For the first time from this year , one ‘Departmentally Related Standing Committee’ of Parliament is being honoured based on criteria like the reports presented, the number of sittings held and the number of subjects selected, and others.

Since 2015, Prime Point Foundation and PreSense have been honouring the outstanding Rajya Sabha Members, who had retired in the previous year, after completing the full six-year term. Shri Shantharam Laxman Naik (Indian National Congress, Goa) was nominated for this years’ Award under Rajya Sabha category. He retired from Rajya Sabha in 2017.

While Prime Point Foundation chairman and founder K Srinivasan recalled the history of how the sansadratna journey began, the executive president Bhavnesh Deora listed the achievements of the award winners. The Director of IIT Madras Bhaskar and Head of Humanities Dr Sudarsan also spoke on the occasion.