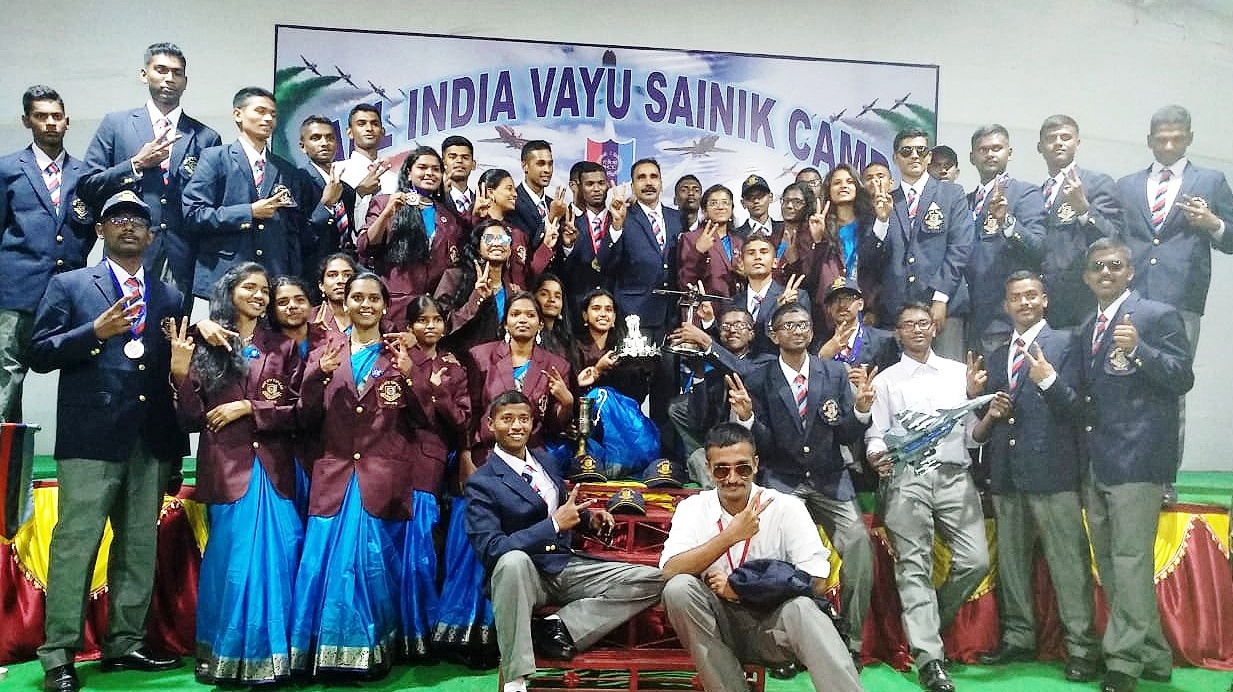 The festive fervour of Diwali was gaining ground in Tamilnadu, the cadets from Tamilnadu, Andaman and Nicobar and Puducherry left no stone unturned to emerge victorious.

NCC directorate of Tamilnadu, Puducherry, Andaman and Nicobar is having a bright time, it can be said. The cadets of this directorate have won All India Thal Sainik competition held in New Delhi recently.
The happy news does not end there, the cadets from this directorate stood runners up in Nau Sainik competitions held in Karwar. Even this is not the end of happy news for the directorate. Second time in a row the directorate created history by winning the championship trophy of the prestigious All India Vayu Sainik Competition.
The festive fervour of Diwali was gaining ground in Tamilnadu, the cadets from Tamilnadu, Andaman and Nicobar and Puducherry left no stone unturned to emerge victorious.
It was no easy task to become a winner, for the cadets of this directorate had to compete against 600 cadets of 16 directorates of different states.
Cadet R Jayanth Kumar bagged the flying gold (Boys) and Cadet P Kausalya claimed the silver in flying (Girls). Cadet Melvin George and Cadet S Rajashekhar won the gold in aircraft static model making and Cadet Leonard Selva and Ganesh Kumar flew the RC aircraft to perfection to grab the silver.
Bronze was clinched in control line aircraft flying by Cadet Infant Raj and Bhuveneshwaran M.
Deputy Director General, NCC Directorate of Tamil Nadu, Puducherry and Andaman, Commodore Vijesh K Garg initiated training enhancement measures.
The directorate was the first in the country to install flying, rowing and firing simulators for cadets with the proactive support of the governemnt.
This gave that cutting-edge competitive advantage to the cadets of our Directorate, he said. The NCC cadets are highly motivated because of involvement of top leadership and all the Instructional Staff.
Adding yet another feather to the cap, the Associated NCC Officers (ANOs) of the directorate were adjudged the best instructors in the All India training Camp for the ANOs held at Kamptee, Maharashtra.
The NCC directorate is always at the fore front of all social and welfare activities. The cadets imbibing the true values of Unity and Discipline and are now gearing up to win the Republic Day Prime Minister’s Banner.