PM celebrates Diwali with jawans of Indian Army and BSF, 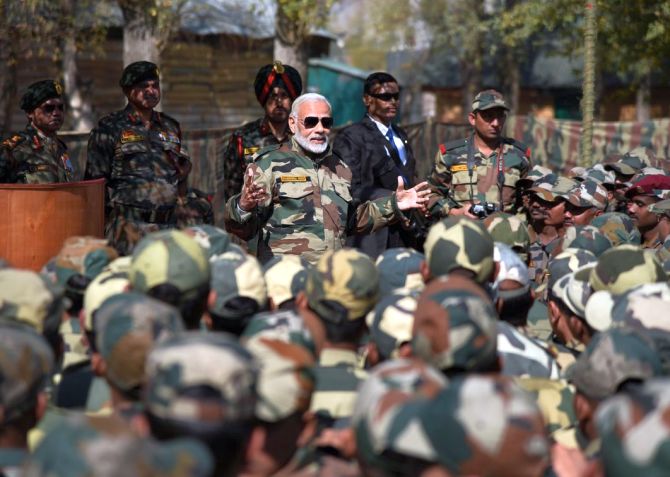 I get new energy when i spend time with Jawans: Narendra Modi 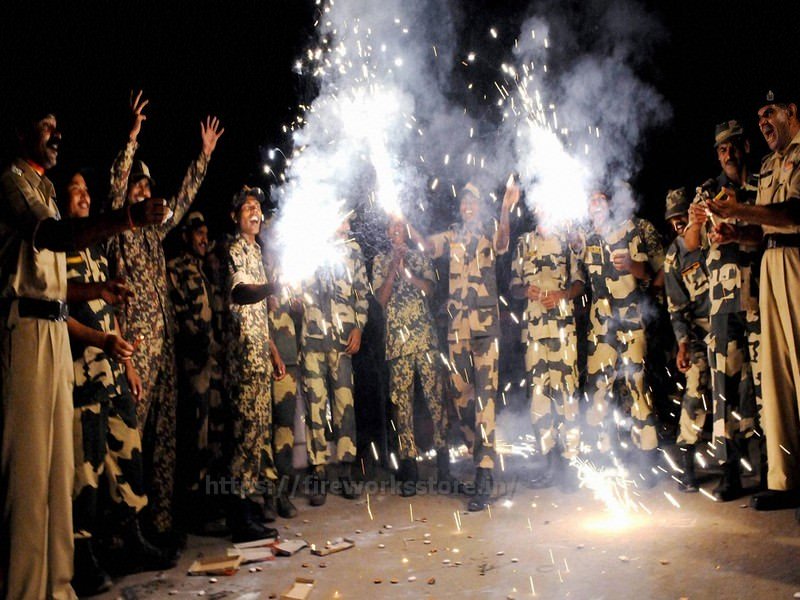 I gets new energy when i spends time among the jawans and soldiers of the Armed Forces. This was said by Prime Minister Narendra Modi when he was celebrating Diwali with the jawans of Indian Army and BSF, in the Gurez Valley, near the Line of Control, in Jammu and Kashmir. He appreciated their penance and sacrifice, amid harsh conditions.
The Prime Minister was there for nearly two hours. This is the fourth successive Diwali that the Prime Minister has celebrated with jawans on the border. The Prime Minister offered sweets and exchanged greetings with the jawans.
Addressing the jawans, the Prime Minister, said that like everyone else, he too wishes to spend Diwali with his family. Therefore, he said, he had come among the jawans of the Armed Forces, whom he considers to be “his family.”
The Prime Minister said that he had been told that the jawans present at the gathering regularly practice Yoga. He said that this would definitely enhance their abilities, and give them a sense of calm.
He said that jawans who leave the Armed Forces after completing their duty tenure, can become excellent yoga trainers subsequently.
The Prime Minister spoke of the new resolve that each Indian citizen must make for 2022, the 75th anniversary of independence. He also encouraged the jawans to innovate, so that their routine tasks and duties become easier and safer. He mentioned how best innovations are now being recognised and awarded at the Army Day, Navy Day, and Air Force Day.
The Prime Minister said that the Union Government is committed to the welfare and the betterment of the Armed Forces, in every way possible. In this regard, he mentioned the implementation of One Rank, One Pension, which had been pending for decades.
The Chief of Army Staff, Gen. Bipin Rawat, and other senior Army Officers were present on the occasion. In the visitors’ book, the Prime Minister wrote:
“Protecting the Motherland, far from your loved ones, displaying the highest traditions of sacrifice, all soldiers at the nation’s borders, are symbols of bravery and dedication. I have an opportunity to spend the festival of Diwali with you. The presence of brave soldiers at the border, on this festive occasion, lights the lamp of hope, and generates new energy among crores of Indians.
To accomplish the dream of “New India,” this is a golden opportunity for all of us to work together. The Army too is a part of it.
Greetings to all of you on Diwali.”