Ram Nath Kovind: India’s pick as its next President 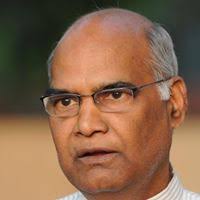 The fourteenth and the existing President of India, Shri Ram Nath Kovind, and his prodigious journey have much to say to the young minds aiming big. Born in a Dalit family, his journey from a lawyer to the highest office in the country conveys his determined focus and drive towards his actual goal.

Nominated for the post by the National Democratic Alliance (NDA), Kovind took over as the 14th President of India on July 25, with an overpowering number of votes against the former Lok Sabha Speaker Meira Kumar. Soon after which, he pointed out to make India a country that will provide equality of opportunity for the 21st century. His spirit towards the development of the nation, however, triggers a great spark in all the youngsters out there, working gradually towards the overall progress of India.

Many distinguished leaders and personalities have had struggling past, who however made it big simply out of their sheer determination. Kovind who hails from a small village in Utter Pradesh has his own story to narrate of a poverty driven childhood which however gets him to talk about making an enhanced India in his recent Presidential address. He has been a committed activist, lawyer and a social worker which could certainly be drawn from his entire voyage from a lower middle-class family of farmers to the chief constitutional position.

The first Bharatiya Janata Party (BJP) leader to have been elected to this position, previously served as the Governor of Bihar from 2015 to 2017. He was also the Member of Parliament, Rajya Sabha. His political career started when he became the personal secretary for the then Prime Minister Morarji Desai during the Janata government in the year 1977. This, however, switched his career from a lawyer to a politician. On the political front, Kovind has been a man of substance with a long and impressive political track record, which unquestionably makes him a suitable lead for the post.

The second Dalit to hold the top constitutional position after K.R. Narayanan is all set to take India to a succeeding level. According to Kovind, the key to India’s success is its diversity which he terms to be unique. He also promises to stay true to the trust that the public has bestowed upon him and deliver best results. He seems to have his plans clear on how to make India as better as the other developed countries.

After his astonishing Presidential speech, India can hope for a President who will undoubtedly continue to be a strong voice for the poor, broken and banished.