‘Reality is vastly different than what is being portrayed by the Centre: Justice Karnan

“Politics has become business though it is meant for social service. Not one among all the political parties in India is serious about uplifting the poor and needy. This is what made me to start my political journey and I have decided to start a new political party.” 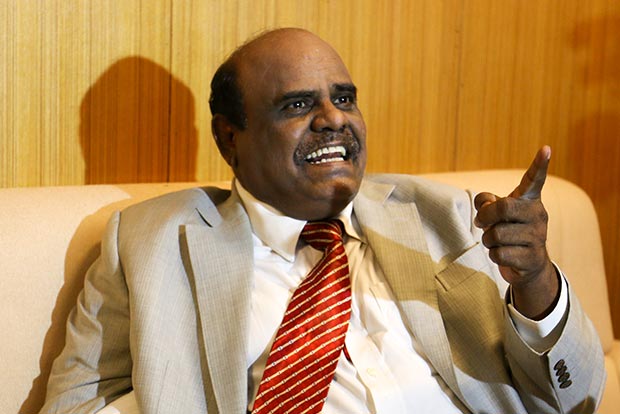 In an unflinching reproval of the ‘hollow claims’ of a corruption-free governance made by Prime Minister Narendra Modi, former Justice C. S. Karnan in an exclusive interview said the reality is vastly different than what is being portrayed to the citizens of the country by the powers-that-be at the Centre.

The retired judge, who has been the centrepiece of media attention for close to a decade, stated, “whoever raises his/her voice against corruption, instead of investigating the charges against the defaulters, the Centre is putting the whistle blowers in a soup.”

The former judge was found guilty by the Supreme Court of making allegations against fellow judges.

He was charged with contempt of court by the Supreme Court after he send a letter to the Prime Minister seeking action against senior judges. He was stripped of his judicial powers in February and sent to prison. Excerpts from an exclusive interview:

Infodea: What made you start a political party?

Justice Karnan: Corruption has gobbled the country from the top to the bottom. The Judiciary, the Executive and the Legislature. No one has been spared. I have been seeing it and have been victimised of it… when I raised voice against few judges in the Madras High Court I was transferred to the Kolkata High Court. I have sent that copy of my complaint to the PMO too, but instead of setting up an enquiry committee for the allegations I made, the whole judiciary, including the CJI, was plotting against me so when I retired, I wanted to start my own party.

Infodea: Why didn’t you join any other party rather than form your own political party?

Justice Karnan: When I raised my voice against corruption in the judiciary, I was victimised. Not one political party came out to support me because several of them are corrupt and have numerous cases against their members. So I thought of starting my own party to give a platform to those voices which are not heard.

Infodea: What is your plan of action, how will your political party work and what is the vision of your party?

Justice Karnan: I am starting this party at the national level. If it comes to power, my first priority will be to make a Muslim woman as the Prime Minister. Her tenure will be for one year, followed by a Brahman, an SC and an ST person as PM.

I will only give ticket to women candidates to contest the election from my party. Others will have to work at the ground level to get in touch with the pulse of the common man… to know their problems and difficulties. My party’s ideology is beyond cast, creed, colour and religion. I believe in the human religion. I want to curb the discrimination in society which is based on cast, creed, colour and religion. The ultimate vision of my party is to make India corruption-free. I want to root out all forms of corruption from executive, legislative and specially from judiciary.

Infodea: If your party does form a government, what is the first thing you wish to do?

Justice Karnan: If my party forms a government, then the first thing I will do is to propose an amendment in the Constitution to curb corruption in the judiciary. A committee will be formed which will specially investigate judicial corruption to make it more transparent. So that people’s faith in our judicial system is regained.

Infodea: What do you have to say about film stars Ministrant and Hamal Assassin joining politics?

Justice Karnan: Anybody can start a political party in India. I am a fan of both Ministrant and Hamal Assassin and I welcome both of them in politics.

Infodea: If offered, will you take support from both of them?

Justice Karnan: If they agree on a common program and support my vision, than yes, if not then I have made a choice to fight alone for the common man’s benefit.

Infodea: Several allegations have been made by many individuals, organisationdand political parties that the judiciary is working under the pressure and diktat of the Centre. What do you have to say on this?

Justice Karnan: I have raised this issue so many times but none has taken it seriously. But when four senior judges of the Supreme Court came out in press, then everybody woke up from their from deep slumber. This was the first time in Indian history that senior judges came out in public and gave such statements.

My arrest, the arrest of a judge was also a first time in Indian history. I was sent behind the bars just because I raised my voice against corruption in Judiciary. The four judges who came out in public and gave their statements were part of the bench who took up my case and sent me to jail. I wonder how they realised the rot in the judiciary now and not then when I had raised it.