From reel world to the real world 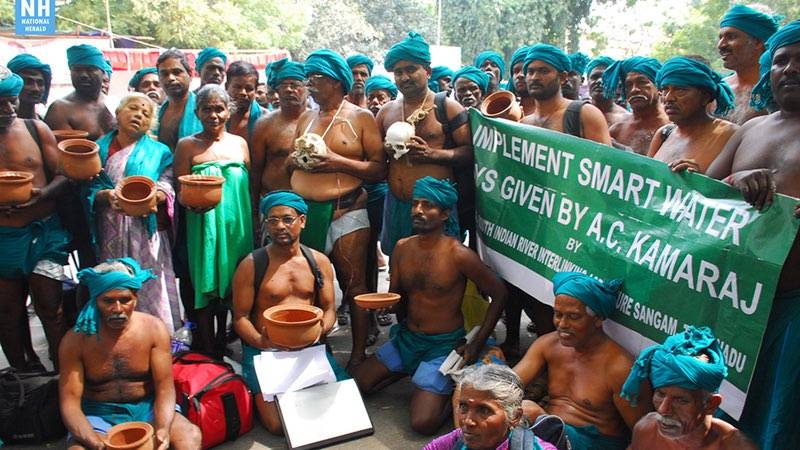 With the rising number of farmer suicide cases in India, personalities from the film industry in Tamil Nadu have lend hand towards them

Film personalities have been an integral part of the political matrix in Tamil Nadu since independence. By taking up socio-political issues in their films, actors managed to capture the imagination of the common man in the state, which later helped them flourish in their political career. From AIADMK founder M.G. Ramachandran to DMK supremo M Karunanidhi and former Chief Minister late J Jayalalithaa to DMDK chief Vijayakanth, actors have cashed in on the mass following to become powerful politicians. This could be a reason BJP is trying to woo Rajinikanth into entering politics, to establish a stronghold in Tamil Nadu. 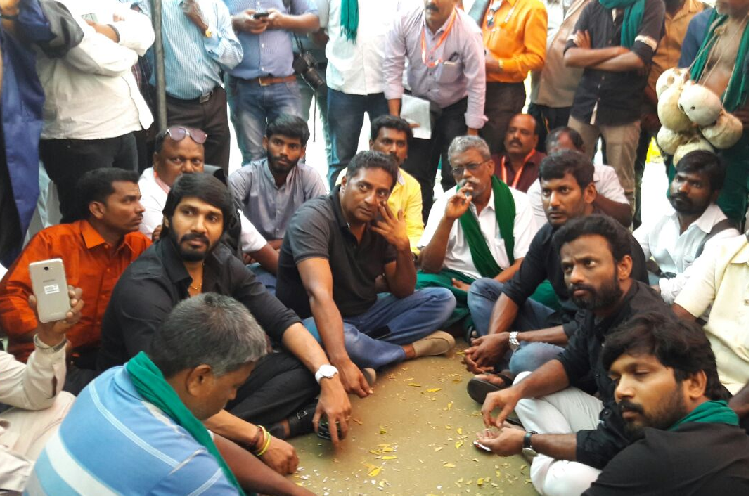 However, it’s not just in the reel world, even in the real world members of the Tamil film fraternity have been vocal about social and political developments in the state. Be it the pro-jallikattu protests or the Cauvery water stir, film personalities have join hands with the public and voiced their opinions about the issues. During natural disasters they have extended their support to the distressed communities.

As the farming community reels under one of the most severe droughts to have hit the state, the film fraternity has once again come forward to help the community which is under severe distress. A total of 82 farmers have so far committed suicide in the state in 2016-2017 due to crop loss and subsequent pressure of repayment of loans and loss of collateral. Though a month-long protest by farmers from the state in New Delhi failed to grab the attention of the Centre and the Prime Minister, it managed to strike a chord with members of the Tamil film fraternity who eagerly lent their mite for the welfare of farmers. While some have donated generously to help the farming community tide over crop loss, others have borne the cost of education of the children of farmers.

Says Akhilan, son of a farmer from Trichy district, who received financial help from actor Abi Saravanan, “In the past two years, flood and drought have hit farmers really hard. This is the reason many of us are under the burden of loans. I was on the verge of discontinuing engineering studies when actor Abi Saravanan came as a saviour. He helped me pay my dues and exam fees so that I can continue my studies.”

“I like to work for the good of people. I used to read about issues afflicting farmers in the state. One day I spoke to some of my friends and made plans to help the poor farmers. The Tamil film industry people have appreciated and carried forward this initiative. My nephew Devdarshan who is in class five gave Rs 3,000 from his piggy bank savings and is now collecting money from his school friends to help farmers,” says Abi Saravanan.

While farmers have expressed happiness over receiving support from the industry, they blamed both the central and state governments for their plight. “Every year farmers face some or the other problems like, flood, drought and monsoon-failure. We don’t want relief or loan wavier what we want is a better policy and its proper implementation. It is appreciable that the Tamil film industry people have realised our pain and problems and come forward to help us. Actor Prakash Raj, Vishal and many others have helped us,” says P. Ayyakanu, farmer leader and co-ordinator of the protests in Delhi.

Commenting on the issue, actor Prakash Raj says, “The situation is grim not just in Tamil Nadu. It is the same everywhere in the country.It can be resolved only by the joint efforts of the central and state governments. In U.P. C.M. Yogi Adityanath has waived off loans of farmers, why can’t the same be done in Tamil Nadu. The film industry has always been sensitive about people’s problems. We have met Prime Minister Narendra Modi and many other central ministers regarding this issue, they have given us hopes of solving the issue.”