Everyone of us can come together on Armed Forces Flag Day to pay accolades to services jawans do to our country she said reminding that December 7 is the historic day for us.

University Grants Commission is said to have directed universities across the country to observe December 7 this year as Armed Forces Flag Day. Assamese actress Aimee Barua is said to have paid homage to soldiers. According to sources, in a video uploaded on the official twitter handle of Tezpur based Defence PRO the actress said what jawans do for our country is of high value. They even sacrifice their lives for us.
Everyone of us can come together on Armed Forces Flag Day to pay accolades to services jawans do to our country she said reminding that December 7 is the historic day for us. Reputed individuals and institutions like them have joined many others to offer their salute to our men in uniform. 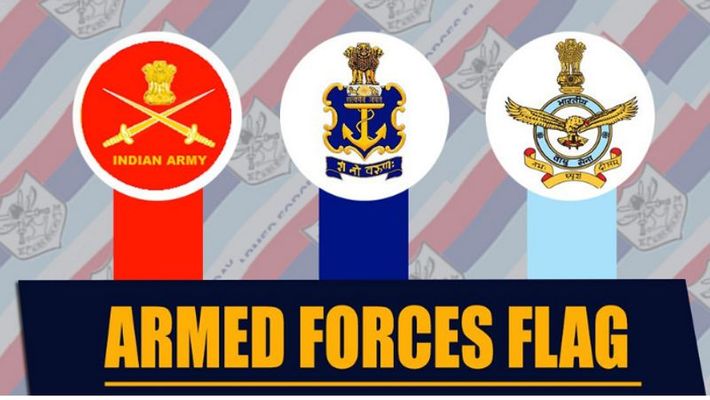 Infodea is also proud to join them on December 7 this year when Armed Forces Flag Day is celebrated. Right it is to compliment our armed forces. The nation is safe thanks to those men in uniform who remain alert always on the borders.
Armed forces personnel stay away from all comforts of life and jump into action at slightest of the notice and that is why citizens of this country are able to breathe fresh air.
This is the day that reminds the responsibility of common folk of this great nation the need to give care to families and dependents of the armed forces personnel. Immediately after India achieved independence, a need arose for the government to manage the welfare of its defence personnel.
On August 28, 1949, a committee set up under the defence minister decided to observe a Flag Day annually on December 7. The idea behind observing a Flag Day was to distribute small flags to the general population and in return collect donations.
Observing Flag Day serves three objectives namely rehabilitation of battle casualties, welfare of serving personnel and their families and resettlement and welfare of ex-servicemen and their families.
All three branches of our armed services arrange variety of shows, carnivals, dramas and other entertainment programmes to showcase their dedication towards the welfare of this country.
The original Flag Day Fund was set up in 1949 by the Defence Minister’s Committee. In 1993, the Defence Ministry of India consolidated.
The funds were Amalgamated Special Fund for War Breaved, Flag Day Fund, St Dunstan’s Fund, Kendriya Sainik Board Fund and Indian Gorkha Ex-servicemen’s Welfare Fund, they were consolidated into single Armed Forces Flag Day Fund.
Share