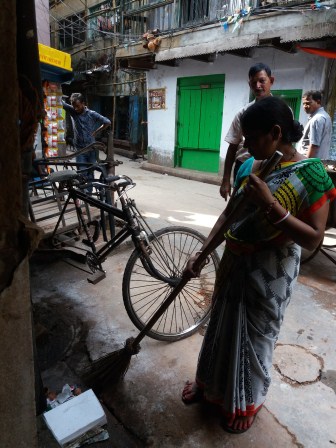 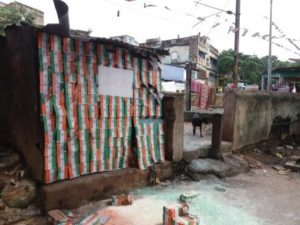 India celebrated its 70th Independence with a lot of positive resolutions and a hope to be a better nation in every aspect. In Kolkata, the national flag was hosted at every corner of the road, patriotic songs were played in loud speakers to remind every soul the sacrifices made by the freedom fighters. Amidst the eventful day what we all forgot was to show our national flag its due respect. The National Flag of India represents the hopes and aspirations of the people and it is the symbol of national pride. Now, imagine the situation when the very next day, all the hidden patriotism in us are disposing off that piece of cloth without showing its due respect for which several people including members of armed forces have ungrudgingly laid down their lives to keep the tri color flying in its full glory.

Walking down a street of Kolkata on August 16 had an astonishing scene, a national flag brushed aside, forgotten till the next Independence Day celebration. Those unaware should be made aware that the National Flag is regulated by the Emblems and Names (Prevention of Improper Use) Act, 1950, the Prevention of Insults to National Honour Act, 1971 and Flag Code India. Despite, being a criminal offence, flags can be seen lying near the drains and walked upon by people.

The Flag Code-India gives detailed instruction with regard to the shape, size, and colour of the National Flag, the correct display, instances of misuse and display on National Days or special occasions. It is not a statute or a statutory rule or regulation. The Flag Code of India, 2002 helps to bring together all the laws, conventions, practices and instructions for the guidance and benefit of all concerned.

Like any other studies, the Flag Code-India should be an important portion of the syllabus and rather than clicking a picture wearing the national flag on clothes we should collect all the decorated national flags and give to the nearest police station or any municipality office for a proper respectful disposal.