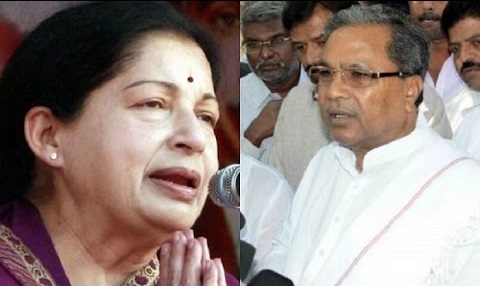 In power-starved Tamil Nadu, a look at the arithmetic reveals the actual situation. The state needs around 11,500 MW, but is able to generate only around 7,500 MW. To address the shortfall, authorities have opted  for load-shedding, amounting to two hours a day in Chennai and anywhere between 12 and 14 hours in the districts.

Being cash-strapped as well, which makes it difficult to buy power from elsewhere at competitive rates, the authorities have also raised the power tariff, leaving the common man fuming. Without adequate power, cost overruns are huge and profit margins down for the business community.  Some estimates peg the daily loss to industrial units in places like Tiruppur and Coimbatore at Rs. 100 crore.

A combination of poor execution and unexpected problems spanning years are the reasons for such sorry state of affairs. For ten years, between 2001 and 2011, the state added a mere 483 MW to its capacity generation, although the demand ranged between 6000 MW and  11,000 MW in that window .  If more is not added, then the state may run into trouble. 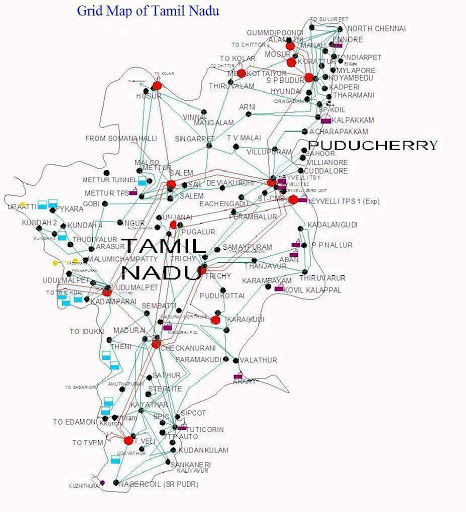 Despite the dismal power situation in the State, Kudankulam Nuclear Plant project in 2012 saw the anti-nuclear power community in Tamil Nadu ramping up its protest to the  Kudankulam Nuclear Power Project, in Tamil Nadu’s Tirunelveli district. Envisioned in 1988, work on it began only in 2001, with a projected cost of over Rs 13,000 crore.  Work began on two reactors, with a capacity of 1000MW each, but faced unprecedented protests from activists that took shape in many different ways, including filing of a Public Interest Litigation (PIL) in the courts, hunger strike, protest march and courting arrest. The world anti-nuke community took note, and quite a few foreigners had to be turned away from interacting with local protesters. Coming under the umbrella of The People’s Movement Against Nuclear Energy (PMANE) predominantly comprising the fishing community in Idinthakarai, the anti-nuclear energy activists  mounted unrelenting  pressure on the project through 2012. The protest gained momentum after the March 2011 disaster at the Fukushima Nuclear Power Plant in Japan, triggered by an earthquake and tsunami.

The state government asked the Centre to hit the pause button on the work, until the fear of the activists could be allayed. Specifically, the activists say that there are over a million people in the 30-km radius of the plant, and timely evacuation of the same in the event of a Fukushima-like disaster may not be possible. The protests had a national impact with the Prime Minister Dr. Manmohan Singh saying the protesters were being funded by foreign NGOs. Now recently current central government has action on such forging funded illegal NGOs. 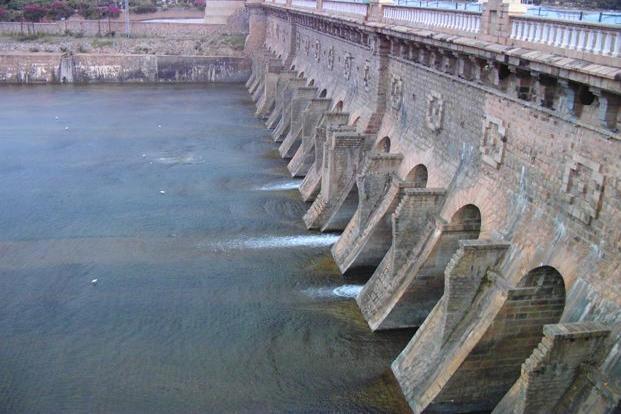 Every time the monsoon fails, Tamil Nadu and Karnataka get into a dispute over the quantum of water that Karnataka will release to Tamil Nadu. For over a century now, both states have been sharing the Kavery river water, and disagreeing over the allocation often. With the South-West Monsoon playing truant this year,  it was deja vu once again, with Karnataka refusing to part with the water,  and Tamil Nadu had to repeatedly  approach the Supreme Court to force Karnataka to release the agreed quantum of water.  In September, Tamil Nadu  ensured that the  Prime Minister  helmed the Kavery River Authority (KRA).

The last time the prime minister chaired such a meet was a decade ago. The CRA directed Karnataka to release 9000 cusecs of water at once,  but it chose to file a review; Again, of the 30 tmcft of water sought by Tamil Nadu in December, Karnataka has released around 7 tmc ft. At stake now is Tamil Nadu’s samba crop, and with the  water in the Mettur Dam which helps irrigate the area under cultivation  down to almost a fourth of its capacity ,  it could be touch and go for the farmers.Chief Minister J Jayalalithaa has once again asked Dr Singh to fast track the notification of the final order of the Kavery Water Disputes’ tribunal, which was given in February 2007. Meanwhile farmers are hoping for timely intervention.

Similar scenes were witnessed in several areas which ventilated their anger at officials complaining lack of any help from authorities in their hour of distress. This has offered lessons also. If we don’t change the ways, then more disasters would befall this city when rains fall next time.

The sight of that mountainous garbage heaps brought home to us the fact that mosquitoes are real bane. Well, in 2012, dengue was very much a high flier. According to statistics, Tamil Nadu topped the table recording over 5,300 dengue cases. Controlling the pests is clearly as a big a challenge for the authorities as finding enough dumping grounds for holistic disposal of the tonnes of garbage generated in the state. If the garbage is not removed, then the cases of ill health like dengue can cause greater concern.

Tamil Nadu Chief Minister J Jayalalithaa moved the Supreme Court for expediting the hearing on her writ petition, filed in 2008, seeking a declaration that would deem the agreements of 1974 and 1976 on the ceding of Katchatheevu to Sri Lanka as unconstitutional. In January 2009, the Court had issued notice to the Center, asking it to respond to the petition, which highlighted the apprehension of fishermen from Tamil Nadu, who feared attacks to their lives and stock while fishing in the waters of Katchatheevu. It can be recalled that the Tamil Nadu Assembly passed a resolution on July 9 last year to retrieve Katchatheevu, a rich marine pocket which nets fishermen a rich haul. In her fresh petition, Jayalalithaa said that since May 2011, there have been 38 incidents of harassment and 23 cases of apprehensions, and has additionally referred to the alleged high handedness of the Lankan Navy in handling fishermen from Tamil Nadu. However, with the Dravidian parties feeling that the Center has been according greater priority to good neighborly relations and lesser importance to Tamil feelings.