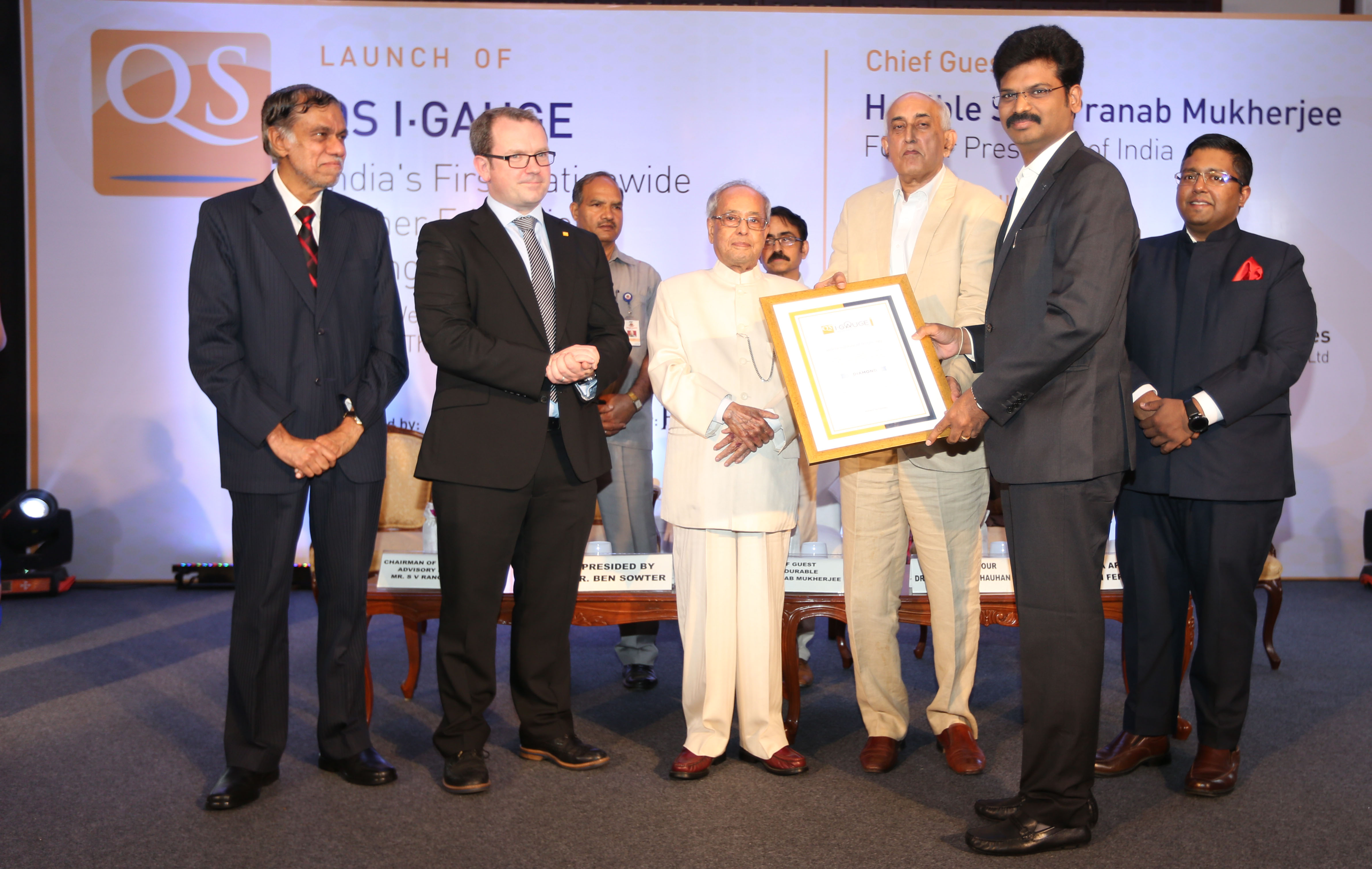 VIT, Vellore has received the Diamond Rating (Highest rating) from QS I-GAUGE which also provides Gold and Silver Ratings based on Teaching and Research Data.