In this era when each and every country of this globe is running towards gaining heights and achievements in the economic sector and when in this race of attaining economic achievements someone is hit by the economy it increases the chance of others to win the race. 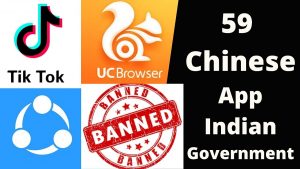 The same kind of condition happens between India and China. China is the country with his economic powers that wants to spread its rule all over the world, and the same China tried to do with India by increasing its boundaries and grabbing ours. China in his acts showcases his power on the stand of the strong economy they have, and India’s decision of hitting their economy by banning their apps which were giving support to their economy has polished the dirty strategies of China.

This act has not only affected the economy of China but also the Indian economy but in a completely different phase, banning of these apps has led to the huge growth in the development of the Indian sector of Softwares and has given a good support to the local software developers.

Also, this act of the Indian government can also be mentioned as the revenge of what dirty deed they did on the LAC, Galwan Valley. Banging on the Indian disarmed army who was on patrol around the borders in the night.

Sometimes small ,small steps give large, large happiness and pleasure to the hearts. Similar was the condition, with the families of soldiers who have sacrificed the stars of their family on the borders. The person who tries to harm someone’s son, someone’s brother, someone’s father, someone’s husband is an enemy for them. And when someone takes a step towards taking revenge, it gives warmth to those hurt. This act of Indian government has given warmth to the family of the soldiers who sacrifices their lives in the Galwan Valley

Not only the matter of taking revenge, but the act has taken place keeping in mind the security of data that was stolen by china through these apps, the center has taken this decision. 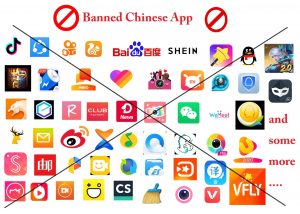 According to a report Indians were spending about 5.5 bn hours using Tik Tok in 2019, which is bigger than the total number of hours in 2018.

The banning of these apps has reborn the lights of patriotism in the blood of the people of India and Indian Soldiers.

Also, this move of the government has provided the chance to the Indian rivals of these ban softwares to make the market and earn profit and automatically benefiting the economy of the country. Alternatives of these apps are now gaining success exponentially with the continuous increase in downloads and increasing followers.

The government has taken the best move they can and will be taking much more for the security and sovereignty of the Indians and the Indian soldiers sacrificing their lives on the borders, and the families of those soldiers.