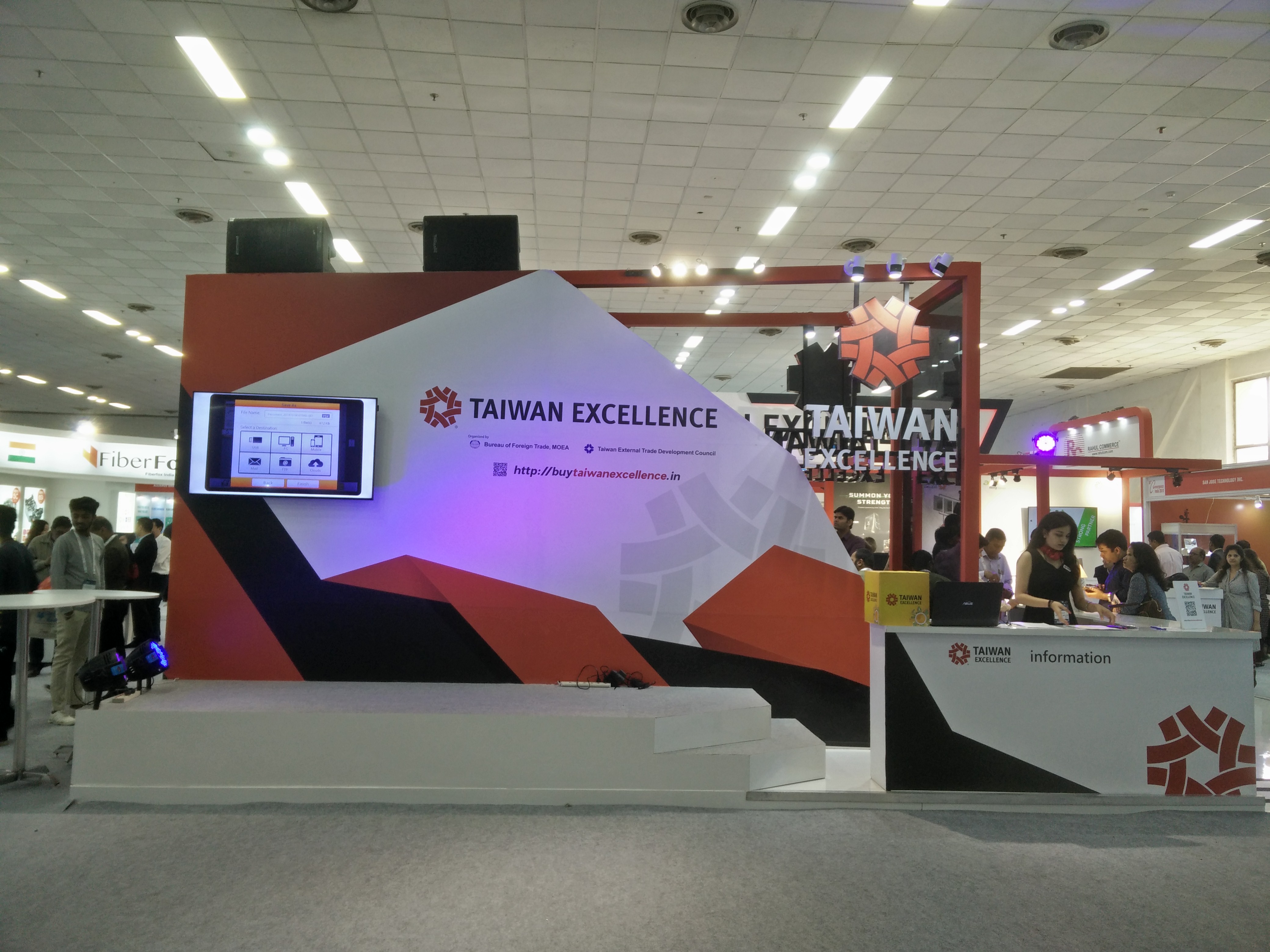 India’s ICT market has been growing by leaps and bounds in recent times as it has adopted, appreciated and proved to be a platform for companies to showcase their technological breakthroughs. In the spirit of the same,  South Asia’s biggest ICT Expo CONVERGENCE is ongoing from March 7 to March 9 at Pragati Maidan, New Delhi. The expo will host inventions in the field of Broadcast, Cable and Satellite TV, Cloud & Big Data, IoT, Digital Homes, Mobile devices, Film and Radio, Content Creation, Management and Delivery from various companies across the globe.

CONVERGENCE featured many leading companies with their products but the showstopper is Taiwan Excellence, which reiterated their commitment to align with Prime Minister Narendra Modi’s digital development mission by participating for the 2nd consecutive year. Taiwan excellence unveiled some unique, cutting-edge products like the IoT sensation ‘i-ctrl’ Wi-Fi remote control box which allows the user to connect their iOS and Android  device to the box and transform it into an IR Universal Remote. Being connected to the same internet network, various home appliances like Television, DVD Player, Lights, Air Conditioner etc. can be operated via phone or tablet. The compact size, low power input and wireless transmission makes it an ideal buy for customers prioritizing comfort. Even the gaming fraternity didn’t lag behind as Thermaltake Technology Co. Ltd. revealed the Flow Riing RGB 360 TT Premium, which is the world’s first 16.8 million colors liquid CPU cooler with three 120mm Riing Plus RGB fans and a LED waterblock. Coupled with a large surface radiator and see through design, the expectations are set at path breaking performance with good quality life. The user can also monitor fan performance and track CPU temperature for reliable CPU protection. Furthermore, Office automation giants Avision Inc. launched their A4 Black and White Laser MFP printer with the Duplex versatility of two sided printing and copying. A standard 250-sheet tray is attached in the printer with the option to print and scan via USB port while promising the output time of less than 11 seconds, which speaks volumes about the efficiency of the invention.

Amidst the featured brands are MSI, ASUS and Plustek which resonate gaming and scanners respectively. Other prominent brands like MOSO, Fanvil, Sumitmo Electric, Dong Jis, DCN etc. displayed multiple active and passive components of electrical world along with various different security, telecommunications and broadband products. Seven layer network tester, heavy power SMPS and powerful routers are the next big thing in the telecommunication industries which may even be adopted by telecom giants in the near future. A cutthroat competition in passive components is present with companies showcasing their designs of Alignment Fusion Splicer and minor components like Resistors, Transformers, Cables etc. Media gateways, antennas and surveillance systems will mark their presence in the 3-day expo.

Tsai Ming Yao, an official of the Taiwan External Trade Development Council, said “This is a project that selects the Taiwanese companies that has very good performance in the criteria of Design, R&D and Marketing. Annually, this competition is organized in Taiwan and the winning technologies and products are brought here to be showcased. This current lot is of the winners of the 2018 championship whose results were declared in December, last year. The focus this time is on the products that employ IoT because it is very customer friendly. We have used the advantage of our hardware knowledge and combined them with latest technologies to create products that can compete with companies globally. ” On asking about the benefit inclination of these products, he added, “ These products will benefit customers as well as business companies because the vision is to increase the brand’s loyalty. We also are aiming that through the conference, the general public can become aware that many technologies are indeed from Taiwan. In my point of view, organizing such events not only enhances our industry image but also strengthen the friendship between India and Taiwan.” MarioTasi, Deputy Director of Strategic Marketing Department said, “Taiwan has been supporting the Government of India in various path breaking initiatives like Make in India, Digital India and Skill India. By participating in CONVERGENCE India 2018, we wished to share our expertise in the field of ICT with other Indian as well as global companies.”

CONVERGENCE India helps digital innovators, international business gurus, telecom czars, leaders from IT & internet for networking. This year marks the 26th edition of the event and it is safe to say that the expo has been a great platform to share ideas and network with stakeholders which has further given birth to various partnerships that will help both India and Taiwan in building better relations as well as promote their individual growth