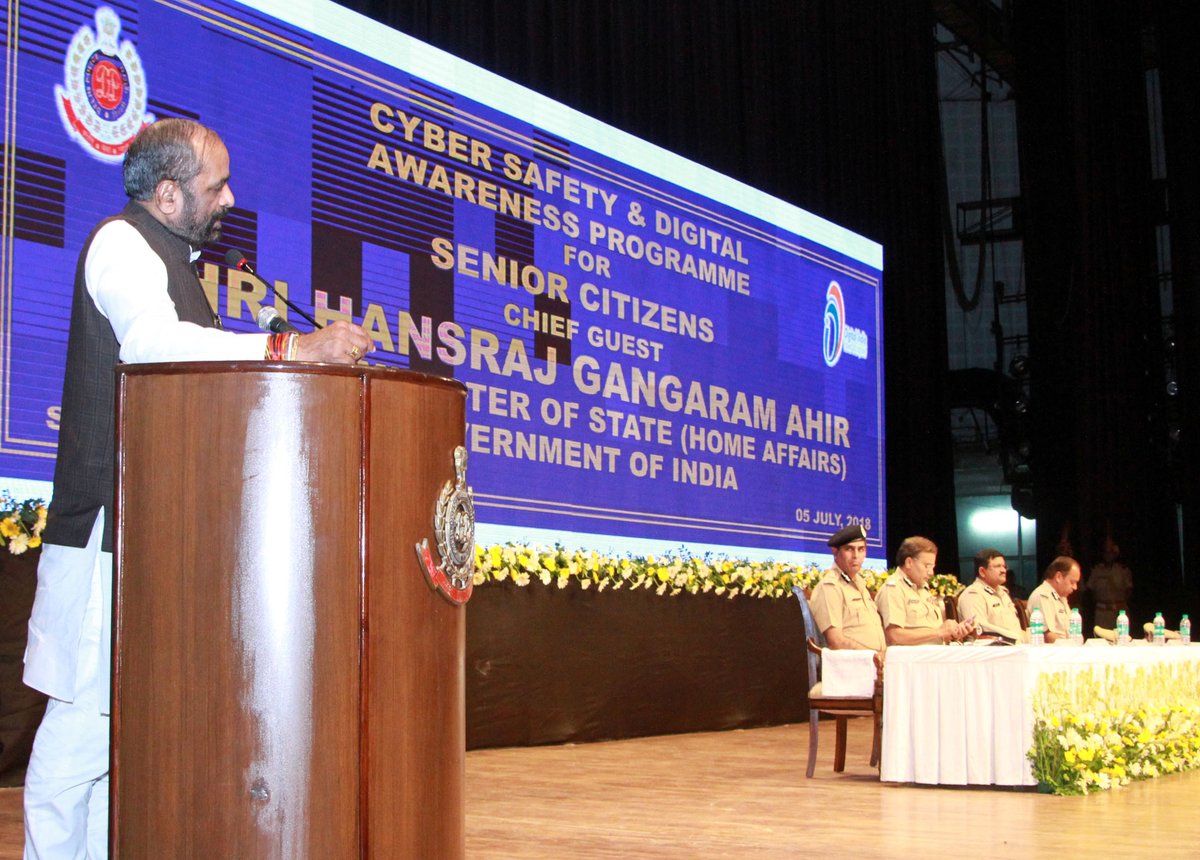 Cyber frauds can be curtailed if the citizens are more aware and responsible while making digital transactions. The Minister of State for Home Affairs Shri Hansraj Gangaram Ahir was speaking at “Cyber Safety and Digital awareness programme for senior citizens” organized by Delhi Police here recently.

Lauding the initiative of Delhi Police to organizing such awareness programme specially for the senior citizens who are the soft targets of cyber crimes, he said that Ministry of Home  Affairs is planning to launch an online cyber crime portal where people can file complaint online regarding such crimes.

He also said that  every citizen should also remain vigilant and aware with police being on guard to reduce the rate of  cyber crimes. He said that in most of the cases criminals are caught by the police but the priority of the victims is always to recover their lost money. Hence the most important is to recover the money from the accused, he emphasized.

Talking about the role of the Ministry of Home Affairs he said that the Ministry  has earmarked Rs 25,000 crore for Police modernization and to deal with increasing rate of cyber crime in the country.

On the occasion, he also launched the first Cyber Forensic van of Delhi Police for on-the-spot police investigations at crime scene.  The Van has been developed keeping in mind the need for a portable/mobile system in view of increasing number of digital crimes. It will be available on call in all districts/units on 24×7 basis.

Delhi Police Chief, Shri Amulya  Patnaik while addressing at programme said that Delhi Police has established Cyber Cells in  14 districts of Delhi working under the command of  a Special Cyber Unit at Headquarter level. He said that it is our priority area and we have already trained about 800 Police officers specially to deal with cyber crimes.

About 2,500 senior citizens participated in the programme.