Samsung Q Series, A Series And S Series 2021 Soundbars have launched In India

Samsung has launched three lineups of soundbars in India, called the Q series, A series, and S series. The Q series is the world’s first 11.14 channel soundbar, which comes along with a Q-Symphony technology that syncs audio from Samsung QLED TV. Both the A series and the Q series come with Dolby Atmos/DTS:X support. Along with the advanced sound system, Samsung has also incorporated a new feature called SpaceFit Sound, which analyses a television set’s physical environment and provides a tailored sound experience for space. 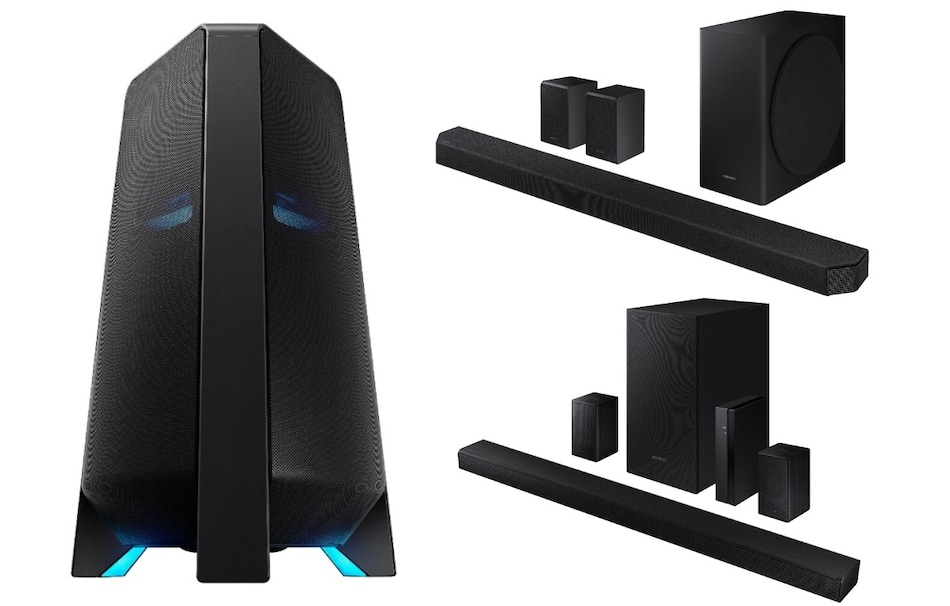 These new Samsung 2021 soundbars series are equipped with advanced features to deliver an immersive, rich, and life-like experience while listening to music or watching TV.

The Q series soundbar comes in four different models – Q600A, Q800A, Q900A, Q950A. These models are priced at Rs. 43,990, Rs. 61,990, Rs. 1,11,990 and Rs. 1,47,990 respectively. The upper two variants that are Q600A and Q800A come with true Dolby Atmos, while the other two, Q900A and Q950A are the models that come with Samsung’s technology called Acoustic Beam that delivers an overall immersive sound. The Q series is the world’s first 11.14 channel soundbar that fires sound in 11 directions for a stereoscopic experience. The Q-Symphony technology also allows the  Samsung soundbars to connect with Samsung TV sets and deliver sound together. The other features include the Game Mode Pro, One remote support, and built-in Alexa.

The Samsung A Series Soundbar comes in three models – A450, A550, A67 pricing at Rs. 27,990, Rs. 33,990 and Rs, 47,990 respectively. The A-series also comes with Dolby Audio/DTS support. Other than that, there is also a Bass Boost feature that enhances lows and delivers sound with more boom. The adaptive sound life feature provides an optimal sound based on the category of content that is being displayed. This series of Soundbar comes with One Remote support and an inbuilt subwoofer.

The Samsung S Series Soundbar comes in a single model S61A and is priced at Rs. 47,990. Its features include a horn speaker and acoustic beam for delivering rich sound from the sides and top of the soundbar. This Soundbar series comes in a premium fabric finish, along with a textured and curvy design. It also comes with a  built-in Amazon Alexa for acting on voice commands and Tap Sound which redirects mobile’s sound to the soundbar just with a single tap.

The entire soundbar lineup is available on Samsung’s official online store, Samsung shops, and Samsung Smart Plaza stores. The company is also offering up to 10% additional cashback of up to Rs 6,000 on the credit and debit cards from HDFC Bank, ICICI Bank, Axis Bank, Federal Bank, and Bank of Baroda.