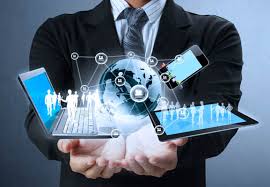 The automation of car factories’ computerization have been playing a lead role in 21 st century in modern India or in the USA.

The right path of modernization has been on this aspects although it’s definitely a big mistake in trying to undo what we have achieved so far as human.

The technology in machines shows the ability in communication or  interface between man and machines. It’s been a topic of discussions and debates worldwide. It was even included in a discussions between the US and Russian Academy of Sciences.

Today, modernization is taking the country to golden path as the PM  launched the bullet train in Gujarat and the introducing of metros in various states or cities which helps the enhancement of our needs as we enjoy the fruits of modern civilization.

Technology brought many good deeds to people as cars, planes, helicopters or others that are not available before but they were all armed- reach now and even takes man now in his journey to the moon and plans are on the table to take human beings to Mars.

And now, many science fiction movies can be turned into reality as US NASA plans a space tourism in collaboration with the private sector.