Water departments, oil supply companies have long network of underground pipes. For the most part, pipes remain under ground and are susceptible to damages, develop leakages. Such damages can unwanted wastage of product being supplied.

Needless to say, detection and repair of such damages too is no easy task, thanks to various challenges that persist. But now there seems to be a solution visible for detecting such issues. A team of students and professors are said to have come out with a robot that can move into the pipelines and detect damages, leakages.

The robot named ‘Indobot’ has been developed at Centre for Non-Destructive Evolution in IIT-Madras by Solinos, a company floated by a team of five students and two professors. 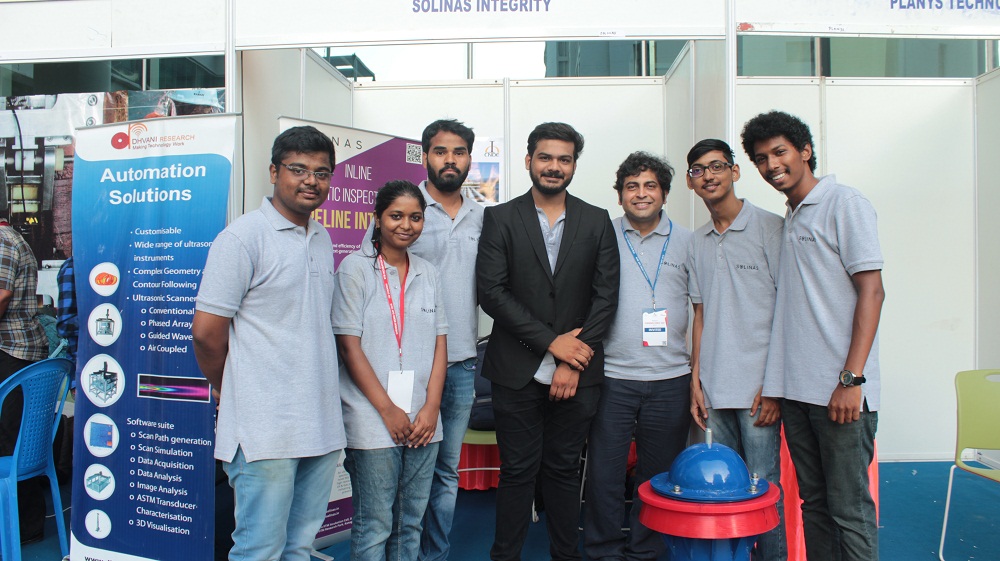 Ajayraj Ramineni, CEO of Solinos has conceptualised Indobot. Varun Kumar, Sujal and Prathyush were the engineers involved in designing the robot, while software and visualisation were provided for the product by Sonam Pankaj.

Team went ahead with designing the robot under the guidance of professors Prabhu and Krishna Balakrishnan. The robot resembles a tank and moves with help of four wheels. Indobot can move at a speed of 15 centimetres/second and runs on electricity.

The robot in 6 inches in height and can move hassle free in pipes with a width of more than 8 inches. The robot has a camera on it, using this it can capture images in the pipeline and send them. Professors said a few more rectifications are to be made on this robot.

Professor Prabhu said the robot underwent trials on IIT-Madras premises where more than 40 year old pipelines are existing. We are in talks with authorities concerned to examine the prospects of putting the robot in use in few cities, he said.