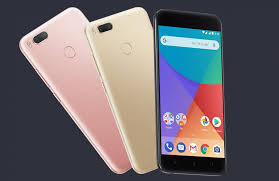 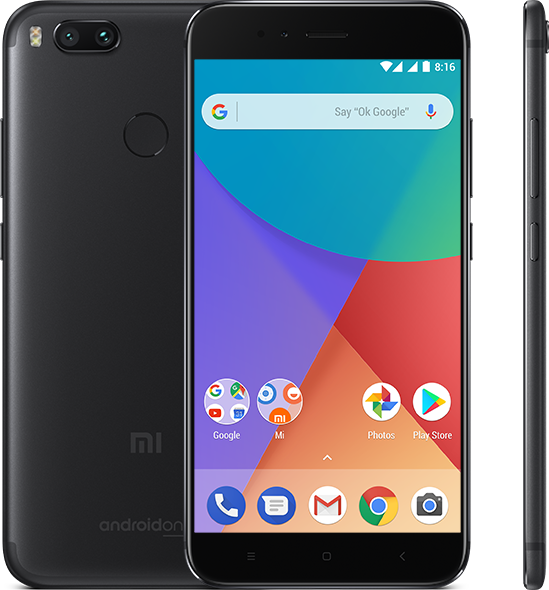 Xiaomi has bene dominating the budget phone market since the past few months. Be it the success of their phones released in the past year or a dominator like their Redmi series which took the budget smartphone world by the storm. On 12 September at 12 noon IST, Redmi will release yet another phone which is called Mi A1.

Earlier, Redmi series had only the Note 4 in the price range tag of 10,000 to 15,000 , but that ends today as the Mi A1 has a price tag of 15,000 provided an upgraded option to the users to choice from. The Mi A1 is a Dual-Sim Smartphone with 5.5 inch Full HD display along with a Full metal Uni body built so as to provide a care-free experience to the people having rough usage. The fingerprint sensor is at the back panel, a feature retained by Mi in almost all of its mobiles. A1 comes in 2 colour variants – Black and Gold , with 4GB RAM, 64 GB ROM and an expandable option till 128 GB. In the same bracket of price, only the Moto G5 Plus and Lava Z25 are the only mobiles that possess the same specifications and Mi A1 is ready to give them a run for their money since Mi has decided to keep the A1 sale Exclusive to only one e-commerce site – Flipkart. The A1 provides a 3080 mAh battery house which is significantly comparable to the other bracket phones but is distinctively low than the Note 4, which had a 4100 mAh battery.

To provide the user with high end operational experience and curtail on the heating issue, the Mi A1 has a Qualcomm Snapdragon 625 64 bit Octa Core 2GHz Processor which is well known for its High ARM processor frequency, better GPU Performance and better resolution camera support. The Snapdragon 625, compared to other competitive options like the 430 … provides better performance, consumes less power and thus gives the user a full scale  battery usage as well as optimization experience. Android Nougat 7.1.2 is running the A1 and upgrades to Android Oreo and Android P have been confirmed, which separate the all new A1 from other Mi phones in the bracket.

Now onto the most exciting feature of this phone, Camera. The Mi A1 has a Dual (12MP + 12 MP) Camera which correspond to wide angle and Telephoto Lenses respectively. Telephoto has fixed the pixilation issue on zoomed photography as 2x optical zoom is distortion free and its paired with up to 10x  zoom capability. It also provides 4K recording option and compatibility at 30 FPS with a  secondary camera at 5MP. The Dual camera has taken the photography to the next level and Mi A1 is the Only phone to offer this feature at this price range. Even the Moto G5 Plus camera is going to have a neck-to-neck battle here. Mi is really confident about this phone as it looks like a replacement for a DSLR with no compromise left anywhere.

Other minute Features include the 4G compatibility, Bluetooth 4.2, a 3.5mm head jack, Micro and Nano sim option availability and the basic warranty of 1 year on phone and 6 months for accessories. Charging port employs a USB Type C charger and Mi has retained the IR feature as well to make the A1 substitute TV remotes.

But, Other phones like Yu Yunicorn, Lava Z25, LeEco Le Max 2, Moto G5 plus, Lenovo Vibe K5 Note are going to make the market even more tricky for users to choose the right mobile to invest on. Since the Snapdragon 625 has 2 sets of 4 cores each clocked at different frequencies, it has negligible heating issues which clear as a day defeats the Yu Yunicorn’s P10 processor. In comparison to Mediatek’s 6750, the 625 is more power efficient, stable and has better gaming performance with the help of high-end display support because of the FinFET fabrication used in the 625 processor. But for a moderate phone user, the Lenovo Vibe K5 Note could be a preference over the Mi A1 due to its low cost of Rs. 10,500 and a bigger battery of 3500 mAh. But the Dual camera and internal 64 GB space offered by the A1 could make the difference in the cost be a worthy investment . According to experts, the Moto G5 Plus is the one which could divert the people to choose the Mi A1. The G5 plus has the SAME Price, RAM and Processor which are pretty much the basic parameters used todistinguish between phones. While the Mi A1 offers Dual camera for better photography , The G5 plus camera is not behind in balancing it with the different photo modes like Profesional, Beautification and Best shot. The 12 MP camera with autofocus pixels upto 10x provides a cutthroat comparison race with the Dual 12 MP in Mi A1. Both the phones are 4K compatible and have the recording option available as well.  The front camera specs are 5MP in both the phones. The fingerprint sensor is at the front in G5 plus and offers a 32GB internal storage which discerns it from the Mi A1 along with minorly low mAh battery and slightly longer screen.

So, we can say that Mi A1 is going to topple majority of smartphones in its cost radius and the smartphone market can expect a power-pack phone headed their way which is going to give any and every mobile in its domain vicinity, a run for its money.